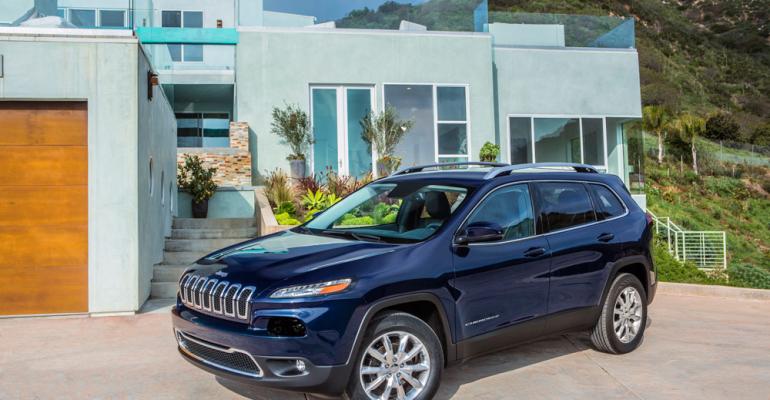 BARRINGTON, IL – The brakes are on sales of the ’14 Jeep Cherokee, and Chrysler says would-be customers will have to wait until quality problems involving the midsize SUV’s new 9-speed transmission are resolved.

"I can't give you a firm date when we'll start customer deliveries of the new Cherokee because we still don't have a date, but it's imminent," John Critzer, product planning manager, says at a preview of the ’14 Chrysler lineup held during the annual Midwest Automotive Media Assn. fall rally for new-model-year vehicles.

“I know Sergio (Marchionne, Fiat-Chrysler CEO) has said we hoped to start deliveries by the end of the third quarter, and the third quarter is over,” Critzer says. “But we're evaluating the transmission software every day, and we aren't going to ship Cherokees to customers until it's ready.

“You only get one chance to make a first impression."

The 9-speed in the new Cherokee, which replaces the Jeep Liberty, is a Chrysler first. The issue is shift quality, Critzer says.

"What we have is a new transmission for a new 9-speed to be mated to all-wheel-drive vehicles with two engines that hadn't been offered in the previous Liberty – a perfect storm. It's a big challenge, and we aren't letting it go until we are happy with it."

The new midsize Cherokee will compete in the biggest of the SUV segments, “and we want to play in the same market as the (Ford) Escapes, (Toyota) RAV4s, and (Honda) CR-Vs of the world," Critzer says.

The Cherokee is built on the same platform as the Dodge Dart compact car. "That platform can be used for SUVs, crossovers, sedans and hatchbacks and there's more uses in the pipeline," he notes without elaborating.

Asked if a diesel eventually might be available in a vehicle that now offers only a choice between a pair of 4-cyl. engines, Critzer replies: "We have a 2.0L diesel with a 6-speed manual for the European market, but have no plans for a diesel for North America for now.

“But we're going to watch what happens with the Jeep Grand Cherokee (fullsize SUV) this year that will offer a diesel for the first time. We'll watch to see the reaction to a diesel in Grand Cherokee."