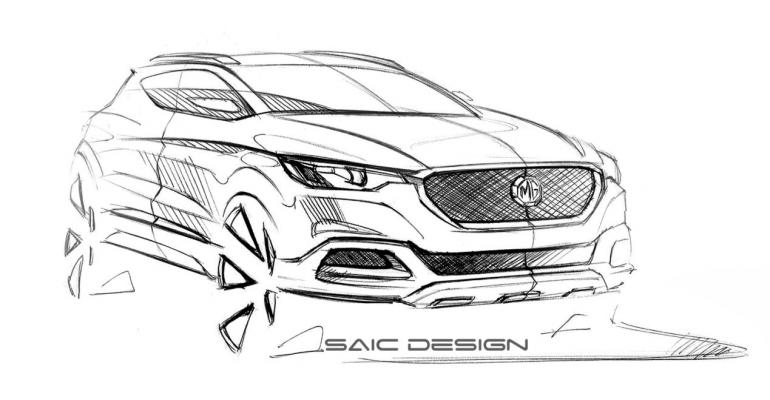 The new MG has been styled by SAIC Design, a division of SAIC with input from its design studios in China and England. SAIC, one of China&rsquo;s largest automakers, has owned the MG marque since 2007.

MG previews its new, entry-level CUV with the issuing of a sketch ahead of its planned public debut at the Guangzhou motor show later this month.

Set to slot into the MG lineup beneath the existing GS, the styling of the new SUV differs dramatically from its larger sibling, receiving a bolder-looking front end featuring the Chinese-owned automaker’s new corporate grille treatment, headlamps that extend into the grille frame and a heavily structured front bumper.

The new MG has been styled by SAIC Design, a division of SAIC with input from its design studios in China and England. SAIC, one of China’s largest automakers, has joint ventures with Volkswagen and General Motors. The new product is expected to take on the Nissan Juke in the entry-level SUV segment.

The new design lineage aims to give the new MG a more upmarket appearance than the GS, with greater attention to detailing and surface forms than what has been seen in recent MG models.

Due to go on sale in China in 2017, followed by exports to limited markets in 2018, the new small CUV is being developed under the codename ZS, although the production version is expected to receive a different name.

Original plans for the second MG CUV model were made public with the unveiling of the retro-inspired MG Icon concept at the 2012 Shanghai auto show.

The 1.5.L turbo engine will be offered with the choice of either a 6-speed manual or 7-speed dual-clutch automatic, both produced in-house at SAIC.