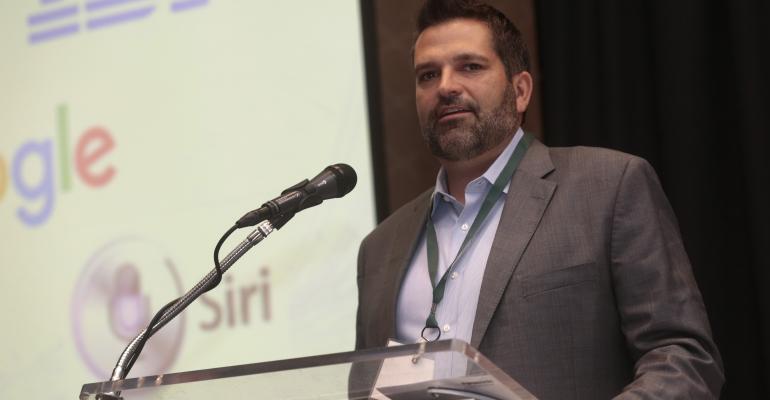 Cars to Make Comeback in Battle Over Connectivity

NOVI, MI – Smartphones may be winning the connectivity battle for the moment, but don’t count automobiles out just yet.

Today automakers are scrambling to add features such as Apple CarPlay and apps such as Pandora as they somewhat cede infotainment control to the smartphones more and more consumers are bringing onboard their vehicles.

But industry analysts and insiders speaking at the WardsAuto User Experience Conference here say the pendulum could begin swinging back toward in-vehicle systems as connective technology continues to roll out.

“There still will be a place for a phone,” Andrew Poliak, vice president-product planning and business development for Panasonic Automotive Systems, says in a panel on ‘What Do Future Car Buyers Really Want?’

“It won’t go away 100%. But there will be a way to blend in things (via onboard systems) that aren’t easy to do with a phone.”

Poliak sees a future where buyers demand greater customization of the human-machine interface, with more flexible displays and enhanced features that better connect the car to its environment. That likely will take more computing power and storage capacity than smartphones can supply, he says.

Customization “will be challenging for the brought-in experience,” Poliak says. Smartphones “will be just one part, not the entire, experience” inside the car.

One of the challenges is how to divvy up the turf more precisely than it is today, says Kristin Kolodge, executive director-Driver Interaction and HMI for J.D. Power.

What automakers will have to figure out is how to take the connectivity and features occupants are bringing into the car with them via their cellphones and leverage it, says Mike VanNieuwkuyk, vice president-Automotive for Nielsen.

“Right now, the smartphone wins,” he says. “But there’s an opportunity to leverage (smartphone technology). That’s a winning combination for consumers. Consumers look at the vehicle as the ultimate mobility device, and they (will expect it) to be better than a smartphone.”

Another thing panelists agree on is the march toward connectivity, advanced safety and, ultimately, autonomous driving appears irreversible.

VanNieuwkuyk points to an influential subset of the Millennial generation in their 20s and even younger Gen Z consumers who are more likely to live in urban areas, rely on social networks for communication and use ride-hire services to get around.

They will demand ways to bring their social-media activity into the vehicle, connect their car to their homes and travel more safely, with 71% more likely than average to be interested in having autonomous vehicles, he says.

The advanced-technology movement is not without big risks, Kolodge points out. J.D. Power quality studies show consumers now complain less about actual malfunctions or defects in their vehicles and more about systems that work properly but not intuitively.

She says the auto industry must do a better job of explaining how various safety systems work, pointing to the current confusion caused by the more than half-dozen names for radar-based advanced cruise control systems and the inconsistency in how they operate from one vehicle brand to the next.

“If we who are in this industry don’t know how they all operate, someone not in the industry is not going to know,” she says

Kolodge also says consumers mostly rely on dealers to explain how their car’s advanced technology works, but only about a third of buyers walk out of showrooms fully briefed. That leaves too many resorting to trial and error, and that leaves too much of the customer-satisfaction equation to chance, she points out.

“If they have a negative first experience (using the technology) that erodes trust,” Kolodge says. “It’s a significant issue to solve, because intuitiveness covers a wide range” from consumer to consumer.