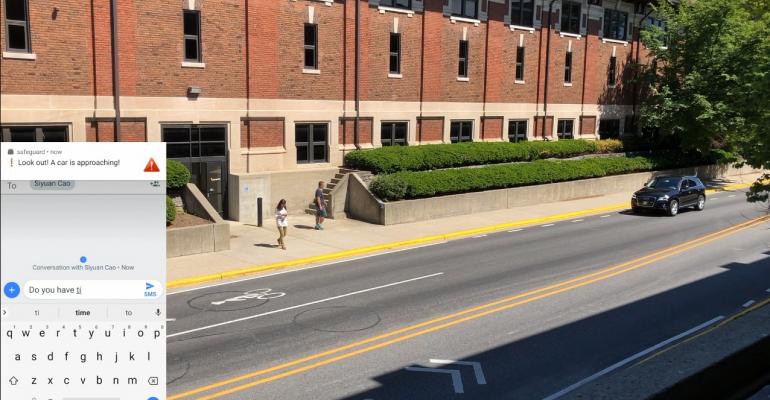 With pedestrian deaths at a three-decade high, Purdue University researchers are looking at a new way to alert walkers distracted from oncoming vehicles while using their smartphones.

“We have created an innovative system to use those same phones to help save lives,” says He Wang, an assistant professor in the Indiana university’s Department of Computer Science who created the technology with doctoral student Siyuan Cao.

The Governors Highway Safety Assn. reports 5,984 pedestrians were killed in the U.S. in 2017 – a 33-year high – while other kinds of traffic deaths declined.

Although traditional data-transmission protocols need to first learn the destination’s IP or MAC address, the Purdue system uses motion patterns as the address code for communication.

The smartphones then locally make their own decisions on whether to accept a message.

“This system basically allows surveillance cameras to talk to the public through their individual phones,” Cao says. “The camera can send an almost instant alert to a pedestrian that a car is coming.”

“Our technology serves as a bridge to connect cameras and people,” Wang says.

The Purdue Office of Technology Commercialization helped file patent applications for the technology and is seeking partners to license it.