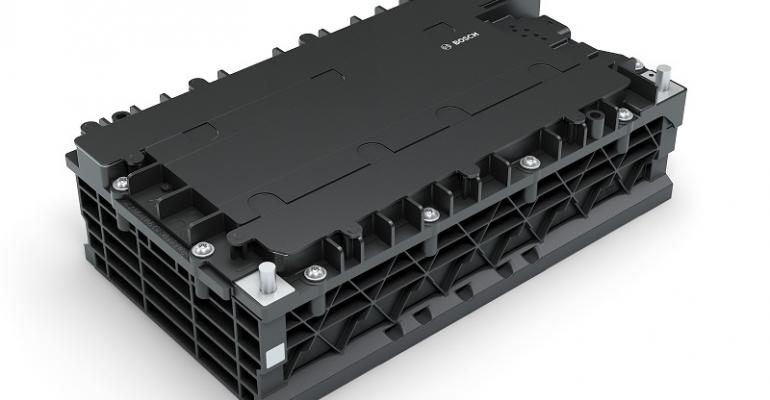 For Bosch the deal ensures a steady stream of technology to the 48V programs it has with automakers around the world.

Financial details of the long-term agreement were not disclosed but, given the forecast for deployment of fuel-saving 48V systems in coming years, it is another major contract for CATL. The battery maker announced two months ago a strategic partnership on cell technology with Toyota and reportedly is in talks with Porsche, the luxury sport brand of Volkswagen.

For Bosch, which decided two years ago not to enter the cell-making business to fuel its ambitious electrification plans reportedly due to the cost of launching an all-new business unit, the deal ensures a steady stream of technology to the 48V programs it has with automakers around the world.

“We have to understand battery cells, but we do not have to make them ourselves,” says Stefan Hartung, member of the board of management and chairman of the Mobility Solutions business sector at Bosch.

“With CATL, we have brought an established cell specialist for lithium-ion batteries on board as a partner. In combination with our systems know-how and expertise in battery management, we will extend our strong position in the 48V battery market,” Hartung says in a statement.

The battery is the core element of a 48V system, which are rising in popularity as automakers scramble to meet tightening global fuel-economy and emissions standards at a time when diesel technology has fallen out of favor after the VW scandal. The battery also is the most expensive piece of a 48V system, so locking in a long-term supply agreement is critical for suppliers such as Bosch. Lithium is a finite, rare-earth metal, too, which further underscores the need for long-term sourcing.

A Bosch plant in Wuxi, China, began assembling the supplier’s first-generation 48V battery packs late last year. Bosch considers its 48V battery uniquely better than competitors because it is compact and does not require active cooling, such as by a fan or liquid.

Bosch’s portfolio of electrification products for automotive is among the industry’s broadest technically, and it wants to be the No.1 supplier of electrified products with an increase in sales of those systems to €5 billion ($5.5 billion), or tenfold, by 2025.

However, the partnership with CATL is exclusive to 48V and marks the first time Bosch has worked with the company.

In its simplest form, 48V mild-hybrid technology augments the vehicle’s engine with an electric motor. The li-ion battery provides power to the motor and recharges by recapturing energy during braking. Fuel economy improvements are about 15%. But the technology is fast becoming more sophisticated and capable of running additional vehicle accessories for even greater efficiency, including energy-sapping all-wheel drive.

“If we want to improve efficiency, we can no longer afford to let brake energy dissipate unused,” Hartung says. “48V hybridization is sure to be the minimum standard in tomorrow’s automotive market.” 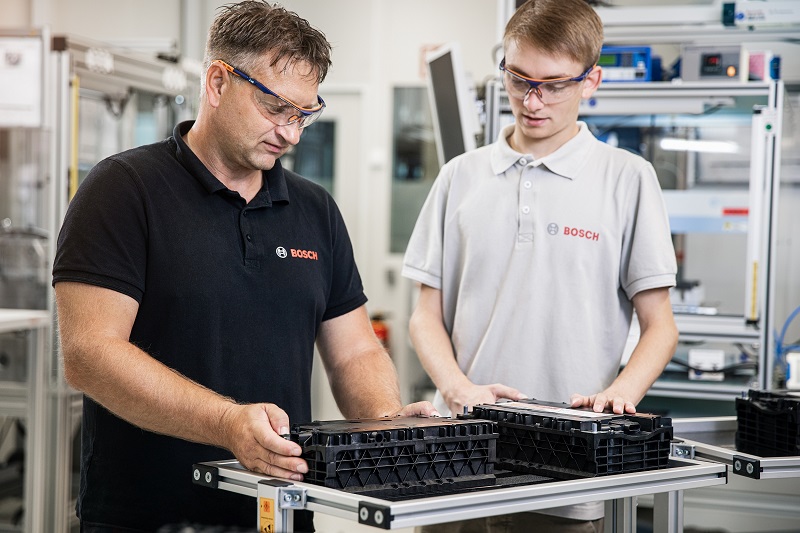