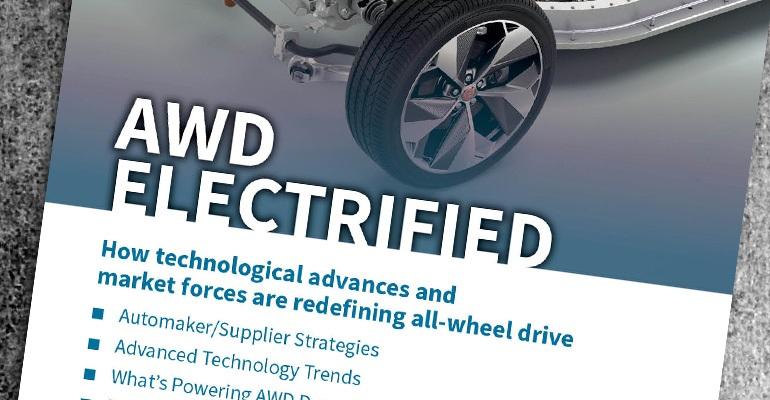 In the U.S., 15 brands now sell more vehicles with AWD than 2-wheel drive, a new study reveals. China is expected to surpass Japan as the No.2 builder of AWD vehicles in 2020, but the U.S. will remain No.1 by far through 2025.

Driven by more consumer-friendly and fuel-efficient technology, declining costs, the emergence of electrification and, in the case of the U.S. market, regulatory loopholes, the global market for all-wheel-drive vehicles is booming and expected to stay that way.

Wards Intelligence data shows that in the U.S., the biggest single market for AWD vehicles, installation rates have more than doubled in the last 20 years. Fifteen brands now sell more vehicles in that market with AWD than 2-wheel drive.

Outside North America, AWD installations also are growing steadily, and Wards Intelligence now forecasts AWD vehicles will account for about 22% of the global market by 2025.

Luxury brands are leading the AWD charge, but in the U.S. several more volume-oriented brands are posting installation rates above 30%. Among the enablers is the nascent movement to battery-electric vehicles, which is leading to a new generation of AWD technology and making it even easier and cost-effective to provide drive to all four wheels.

In its latest special report, “AWD Electrified,” Wards Intelligence examines the current market and the outlook for AWD globally through 2025. It discusses the state of AWD technology today and where it may be heading. It also looks at key AWD system suppliers and the market strategies of major global automakers. Among the findings:

Included in “AWD Electrified” are verbatim Q&As with key industry executives, results of an exclusive Wards Intelligence industry survey and a detailed global forecast for both AWD and e-AWD.