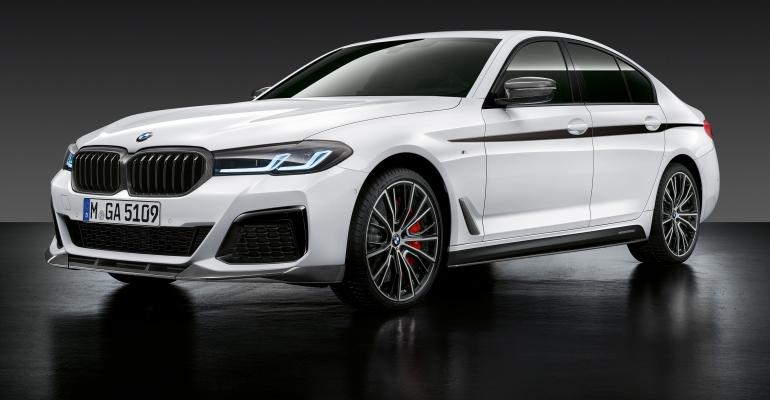 Most exterior styling changes to updated 5-Series sedan are up front.
Technology

The facelifted 5-Series is due in North American dealerships during third-quarter 2020 in a renewed sales push against premium-brand rivals such as the Audi A6, Cadillac CTS and Mercedes-Benz E-Class.

Launched in 2016, the seventh-gen 5-Series has continued the success of its direct predecessor with over 600,000 sales worldwide. The facelifted model is planned to reach North American dealerships during third-quarter 2020 in a renewed sales push against premium-brand rivals such as the Audi A6, Cadillac CTS and Mercedes-Benz E-Class.

As hinted at by images of 5-Series prototypes recently released by BMW, the sedan’s exterior styling changes are concentrated mainly on the grille. It is now wider, positioned lower than before within a re-profiled front bumper and a new single-frame design, with a central element in chrome bringing it into line with the treatment brought to other new BMW models.

Further styling changes focus on the headlamps, which receive new graphics with L-shaped daytime running lights and indicators located at the outer edges. LED headlamps are again standard, though there are now a greater number of options, including BMW’s LaserLight.

At the rear are more heavily structured taillamps similar in design to those that grace the latest 3-Series as well as a redesigned bumper. All facelifted 5-Series models now receive trapezoidal-shaped tailpipes. 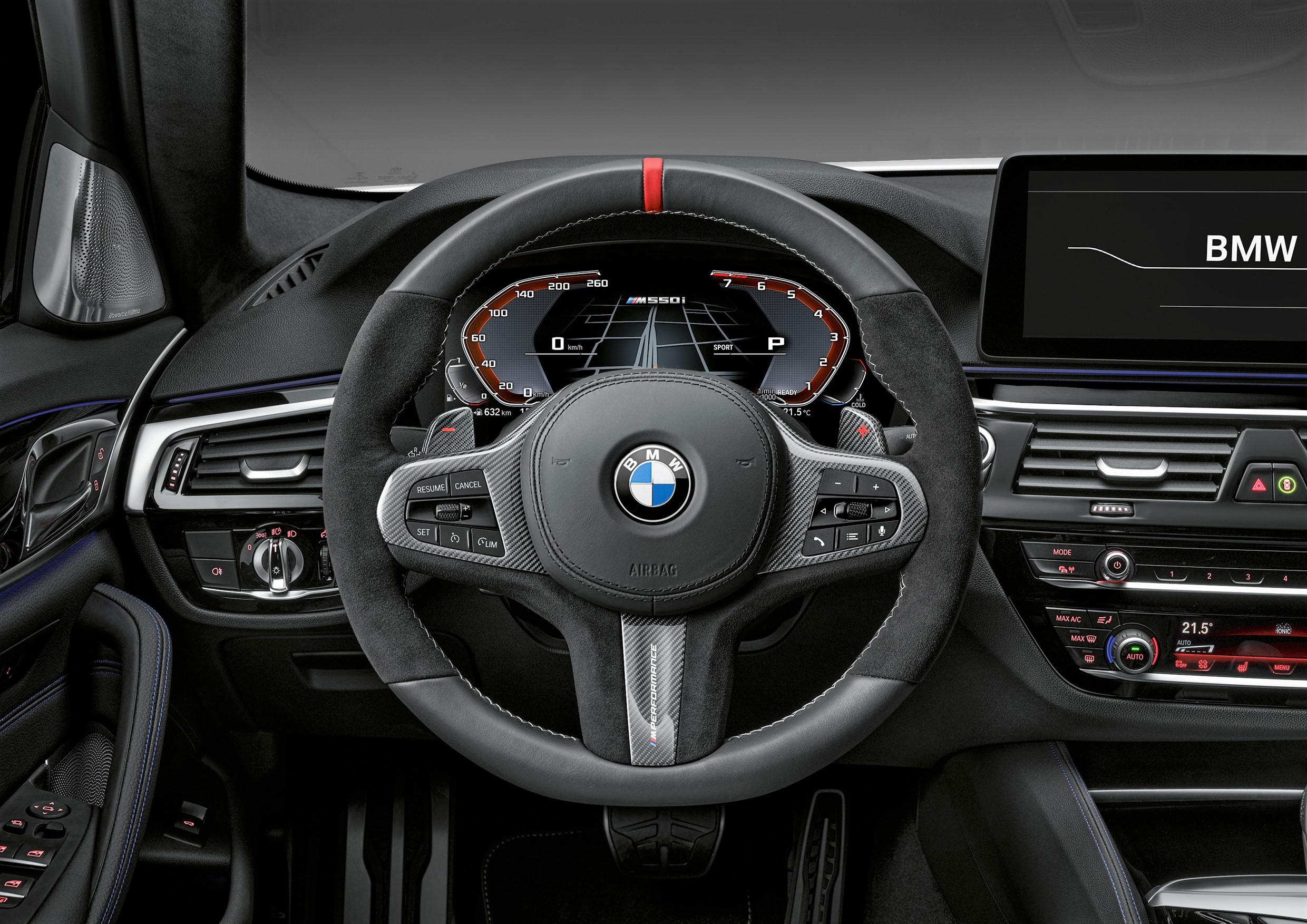 Inside (left), the upcoming 5-Series receives subtle updates, including the seventh-generation version of BMW’s iDrive user interface in combination with either a standard 10.3-in. (26-cm) or optional 12.3-in. (31-cm) central display as well as an automatic climate control with separate controls for the driver and front passenger.

In a continuation of its electrification strategy, BMW has fitted a 48V mild-hybrid system to all 4- and 6-cyl. 5-Series models, providing an 11-hp increase, as well as several new fuel-saving functions. Those include a coast function that shuts the engine down (rather than just idle it) on periods of trailing throttle, improved brake-energy recuperation as well as the ability for the engine to automatically switch off at speeds below 9 mph (15 km/h).

They are complemented by the 530e plug-in hybrid, which comes with either standard rear- or optional AWD.

Claimed to deliver an electric range of up to 42 miles (68 km) on the WLTP test procedure, it has been updated with the latest evolution of BMW’s turbocharged 2.0L 4-cyl., though it continues to deliver the same nominal combined system output of 248 hp and 310 lb.-ft. (420 Nm) of torque as before, with 288 hp and the same 310 lb.- ft. available for a period of 10 seconds via an XtraBoost function that is standard.

As before, all drivetrains are mated to a standard 8-speed automatic gearbox.

The sister model to the recently revealed X1 xDrive25e employs a transversely mounted turbocharged 1.5L gasoline 3-cyl. producing 123 hp in combination with an electric motor within the rear axle developing 94 hp. Together, the two power sources provide a combined system output of 217 hp.

Drive from the gasoline engine is sent to the front wheels via a 6-speed torque-converter- equipped automatic gearbox, while the drive from the electric motor is channeled to the rear wheels via a fixed-ratio gearbox.

A 10-kWh lithium-ion battery mounted within the floor of the trunk provides the X2 xDrive25e with an electric range of up to 33 miles (53 km) on the WLTP test cycle. Top speed in electric mode is put at 84 mph (135 km/h). 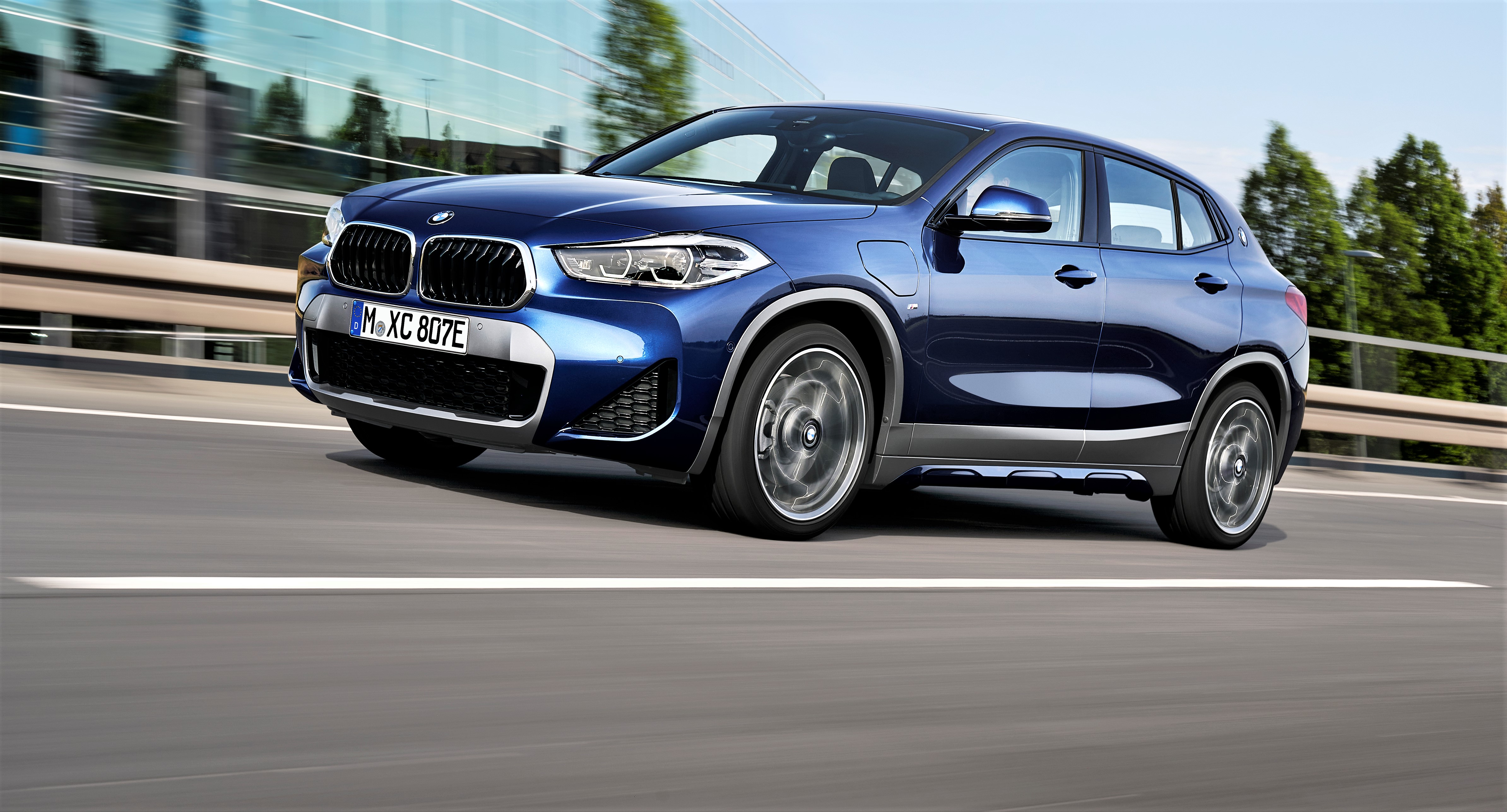