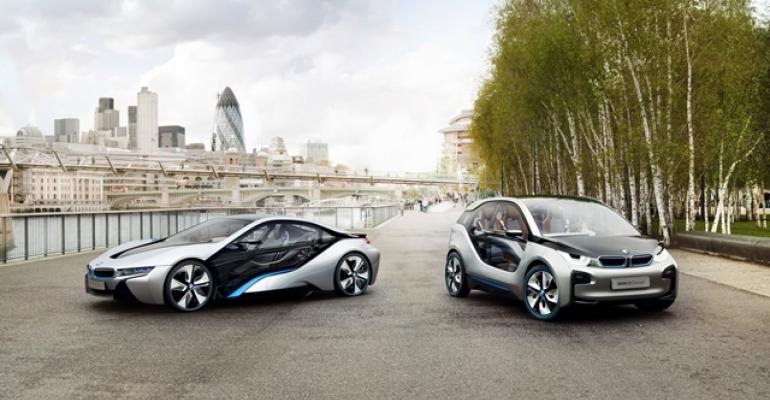 The automaker will help with research at developer Solid Power, which is targeting its solid-state battery technology to be available in EVs in the 2027-2028 timeframe.

Terms of the collaboration announced today were not disclosed, but the deal calls for BMW to help Solid Power “advance its technology in order to achieve performance levels required for high-performance electric vehicles.”

Solid Power CEO and founder Doug Campbell told WardsAuto last month the company had a development deal with a European automaker and was working on a similar arrangement with an Asia-based automaker, but didn’t identify either company.

Solid Power is targeting its solid-state battery technology to be available in electric vehicles in the 2027-2028 timeframe, and Campbell told WardsAuto the company was “working feverishly” to meet that target.

Solid-state is expected to provide the magnitude leap over current lithium-ion driving range, cost and durability needed to tip the new-vehicle market toward electrification. The technology replaces the liquid electrolyte in a battery with a ceramic-like solid material.

The switch would make a lithium-ion battery capable of energy capacity of 350-400 Wh/kg, compared to 161 Wh/kg in today’s Chevrolet Bolt battery, Campbell told WardsAuto in November. That would get EV range closer to 300 miles (480 km) between charges.

It also would be less volatile, meaning battery packs with solid-state cells could get by with less-sophisticated cooling systems, potentially lowering battery-pack costs. Solid-state batteries also would charge much faster than today’s Li-ion, Solid Power says.

The technology has great potential to provide the BMW Group’s electric vehicles with increased driving range and a longer-lasting battery that can withstand high temperatures, the developer says. Campbell says the batteries could operate at temperatures as high as 302° F (150° C).

“Since the company’s inception, the Solid Power team has worked to develop and scale a competitive solid-state battery paying special attention to safety, performance and cost,” Campbell says in a statement. “Collaborating with BMW is further validation that solid-state battery innovations will continue to improve electric vehicles. We’re looking forward to working with BMW on pushing the limits on developments around xEV batteries.”

Solid Power recently moved into a new facility in Louisville, CO, that will allow it to triple its staffing footprint. It expects to double its executive and research team over the next three years.