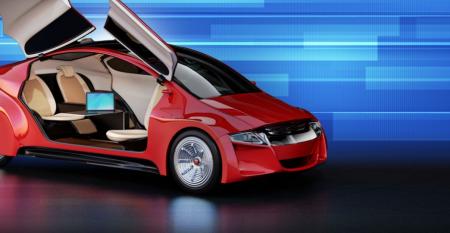 DOT Grants Back Development of Autonomous-Vehicle Industry
Jan 22, 2020
The grants emphasize research in urban, suburban or rural areas and include freight, personal mobility and public transportation.

VW Exec: Level 4 Self-Driver May Be as Good as It Gets
Jan 09, 2020
“This is like we are going to Mars,” VW’s Alex Hitzinger says of reaching a Level 5 fully autonomous vehicle...
Sponsored Content
Global Outlook on Human Adoption and Ownership of Autonomous Vehicles
Dec 04, 2019
Frederic John, consultant and Business Developer at London-based Neckermann Strategic Advisors, talks with...

Six Ways Autonomous Driving is Relying on Precise Positioning
Nov 11, 2019
Autonomous and semi-autonomous vehicles that will dominate the world’s highways and byways of tomorrow will need to know their position much better than today’s navigation systems.

SAE Gauges Public’s View of AV Technology
Nov 05, 2019
While only 6% of survey respondents had ridden in a self-driving car before, 82% already were enthusiastic about the technology and nearly 10% reported a higher level of enthusiasm after their ride.

Apple’s ‘Woz’ Sees Autonomous Vehicles as Long Way Off
Oct 25, 2019
Apple co-founder Steve Wozniak backs off from his original prediction of how soon autonomous vehicles will rule the roads.

Volvo: Be Prepared for How People Want to Sit in AVs
Oct 03, 2019
Automakers working on autonomous vehicles are facing a paradigm shift allowing passengers to do what they want in the cabin while remaining safe, even when reclining.

Reality Has Set In: Making Autonomous Vehicles Work Is Difficult
Aug 06, 2019
Automakers are taking “a more sober point of view” and now are focusing their attention on higher-tech advanced driver-assistance systems, rather than full autonomy.

Interior LEDs Can Make Autonomous Driving Safer, More Comfortable
Aug 01, 2019
A peripheral-vision communication system powered by next-generation LEDs can help passengers feel more comfortable, and even less car sick, by providing an understanding of what their vehicle is doing on the road at any given moment.
Load More