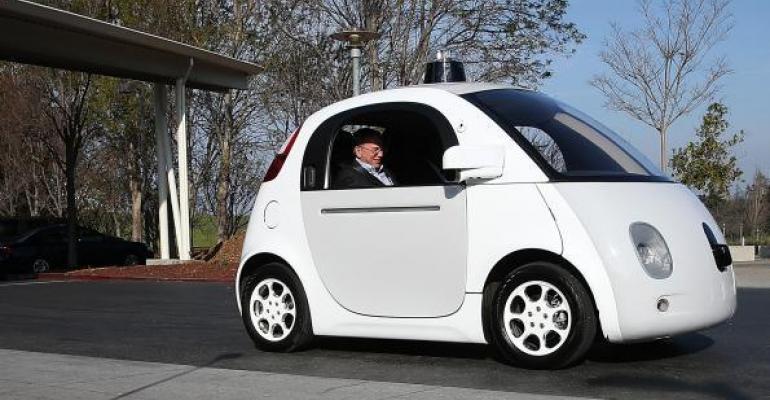 Despite hurdles, GM, Toyota and Google X say autonomy will happen, it&rsquo;s just a question of how they get there and how long it will take.

DETROIT – Not long ago, established automakers and non-traditional automakers from Silicon Valley had vastly different strategies for developing autonomous cars. Established automakers insisted a measured, step-by-step approach was necessary while companies such as Google showed off prototypes that were designed without steering wheels from the beginning.

At the SAE World Congress here, representatives from both camps say the thinking about the best route to self-driving vehicles is evolving into multiple approaches.

The reason is simple: the automotive marketplace is vast and diverse and consumers have different needs when it comes to personal mobility.

While many people say they can’t wait to buy a self-driving car, recent surveys show 65% of consumers aren’t interested and don’t trust such new technology. What’s more, a network of federal and state laws that will allow self-driving vehicles to freely traverse the U.S. or cross foreign borders will be a long time in the making.

“We’re in a transitional phase,” says David Strickland, a former head of NHTSA who now is a Washington lobbyist at law firm Venable LLP. The ultimate hurdles for self-driving cars are consumer acceptance, followed by the development of a workable national regulatory footprint for autonomous vehicles, which does not exist yet, Strickland says.

Ironically, Strickland points out that despite massive evidence to the contrary, “Everybody thinks they are great drivers,” and most do not think they need technical assistance to make them better drivers.

Even so, automakers are recognizing that younger drivers and crowded urban highways are creating interest in new types of personal mobility.

The Lyft relationship will enable GM to try out various technologies and apps in the ride-sharing environment, which is different from the personal-vehicle market, Capp says. “We’re placing some new bets on emerging trends such as ride sharing while keeping up with the conventional... Everybody is going to be looking for different things, we want to make it so people are not forced to do things they don’t want to do.”

Ron Medford, director of safety-Self-Driving Car at Google X, says fully autonomous vehicles are how Google differentiates itself, but he also points out that cautious, incremental approaches to autonomy present their own risks, such as how to give control back to drivers after long stretches of driver inactivity.

After the joke, Curic debunks the idea Millennials don’t want to own cars, but he says they do want a driving experience that is different from older consumers. They expect a connected, highly personalized experience, he says. “They want their cars to know what their phones know,” he says, pointing out how much easier smartphone navigation apps are to use compared with in-vehicle navigation systems.

That’s why Toyota is teaming up with Microsoft to form a Toyota Connected, a new venture based in Plano, TX, Curic says, in addition to a $1 billion, 5-year investment in the Toyota Research Institute it announced in January.

Toyota Connected is designed to significantly expand the company’s capabilities in the fields of data management and data-services development. It will serve as a data-science hub for Toyota’s global operations and will support a broad range of consumer-, business- and government-facing initiatives.

“Autonomy will happen. The question is how we get there and how long it will take,” Curic says.

However, Google’s Medford, who previously served as NHTSA’s deputy administrator, points out that whenever self-driving cars are widely adopted, they will have to co-exist with conventional vehicles for decades. The full implementation of relatively simple devices such as antilock braking systems and airbags took 20-30 years. It might take 50 years to fully transition to autonomous vehicles he says.