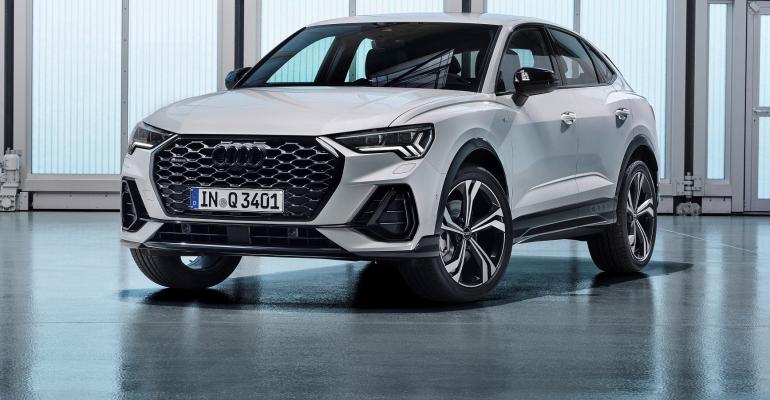 The high-riding crossover-style coupe is expected to go on sale in North America next year with a 4-cyl. gasoline engine.

INGOLSTADT, Germany – Audi has unveiled the new Q3 Sportback, a high-riding crossover-style coupe that is planned to rival the BMW X4 and Mercedes-Benz GLC Coupe when North American deliveries begin in 2020 following a formal debut at the upcoming Frankfurt auto show in Germany.

A sister model to the more versatile second-generation Q3, with which it shares mechanical underpinnings and interior appointments, the Q3 Sportback receives its own unique rear-end styling.

Inside, the cabin (see photo below) is largely unchanged from the recently introduced second-generation Q3. There is an optional 10.3-in. (26-cm) Audi Virtual Cockpit digital instrument alongside a standard 10.1-in. digital display atop the dashboard housing the infotainment functions.

Key innovations include a new car-to-x system that, in regions with supporting infrastructure, can warn the driver of changes in traffic signals. Also available is Amazon Alexa voice control. 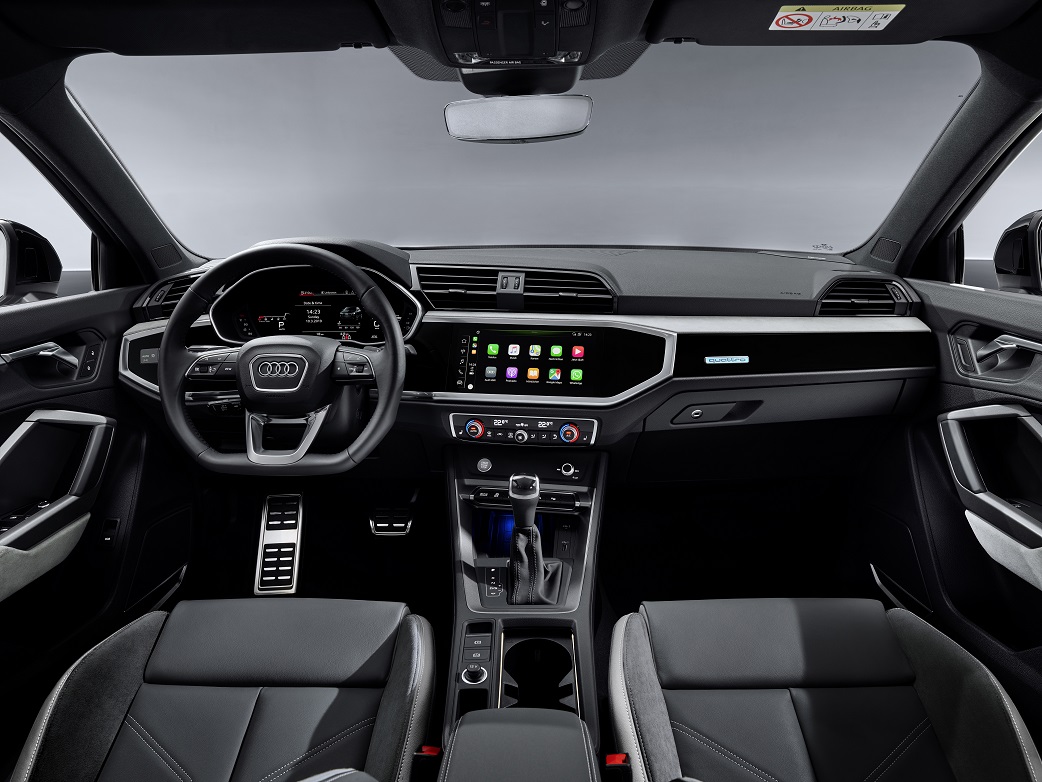 Rear-seat headroom is reduced by the Q3 Sportback’s sloping roofline in comparison to the standard Q3. However, the new Audi is claimed to possess the same 18.7-cu.-ft. (530 L) trunk capacity as its more upright sibling.

By comparison, the BMW X4 and Mercedes-Benz GLC Coupe offer less cargo capacity, based on the European measuring process.

Audi has announced two 4-cyl. engines for the Q3 Sportback in Europe – both already available with the Q3. Details for the North American lineup are yet to be revealed, though officials from the German car maker based here suggest it will consist exclusively of gasoline-power models.

The most powerful of the two engines comes mated to a standard 7-speed dual-clutch automatic gearbox and multi-plate clutch all-wheel-drive system, while the least powerful diesel boasts a standard 6-speed manual gearbox and front-wheel drive.

Audi has yet to reveal any official performance claims or consumption figures for the Q3 Sportback. 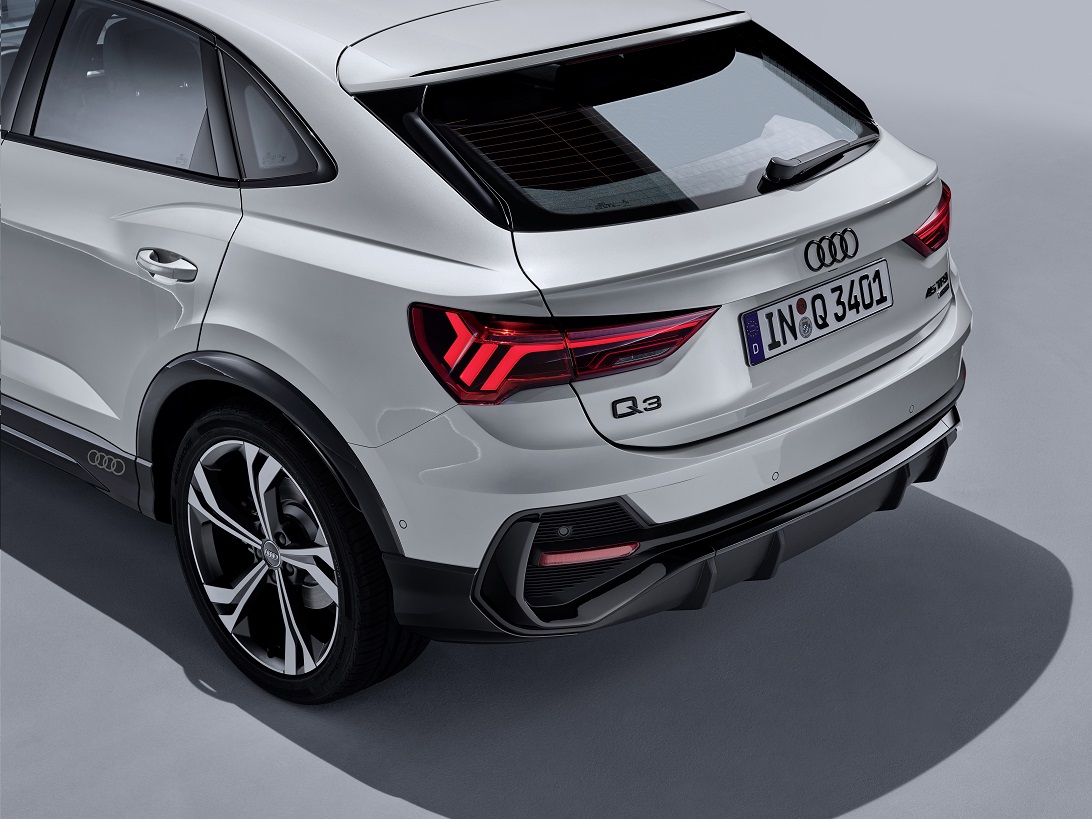 Based on parent company Volkswagen’s widely used MQB platform, the engines are mounted transversely, unlike the longitudinal engine placement in the X4 and GLC Coupe.

The Q3 Sportback shares its chassis hardware with the Q3. In Europe, it comes with a standard sport suspension, though buyers can opt for a more comfort-oriented set-up at no extra cost. Among the options are adaptive dampers that allow varying levels of firmness.

Initially planned to take the name Q4 into production, Audi says it ultimately decided to retain the Q3 name for its latest model because it wanted the existing second-generation Q3 and the new Q3 Sportback to be “thought of in the context of a family, as a brother and sister.”

The Q4 name now appears to be reserved for a production version of Audi’s electric-powered Q4 e-tron concept unveiled at the 2019 Geneva motor show.