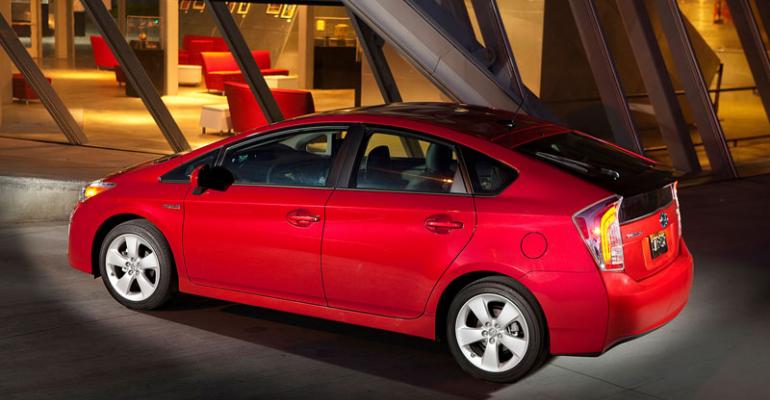 ROCHESTER, MI – Researchers, executives and consumers agree more government influence is needed to push alternative powertrains to the forefront, a major consumer shift that is unlikely to be realized for another four decades.

Hybrids, electric vehicles and other atypical engines account for only a small percentage of current new-car and truck demand, with only 152,911 alternatively powered light vehicles having been sold in the U.S. so far this year, according to WardsAuto data.

As OEMs seek to adapt to gradually changing consumer attitudes, many say an additional boost is needed in the form of new energy legislation.

Booz & Co.'s 2012 U.S. Automotive Industry Survey and Confidence Index, a poll of OEM executives released this week, shows 57% of respondents believe alternative powertrains will take more than 10% of the market by 2020 – but only with continued government support. Without that, only 30% of those surveyed expect market share for such vehicles to increase.

“One of the challenges we've had is that there hasn't been a consistent energy policy for a long period of time,” Scott Corwin, a partner at Booz & Co., tells WardsAuto.

Some government allowances have helped to turn the tide. At a discussion at CTI's Innovative Automotive Transmissions and Hybrid and Electric Drives symposium here, Strategic Vision President Alexander Edwards suggests federal tax incentives  – not the promise of better fuel economy – is the primary driver for consumers considering purchasing vehicles with advanced powertrains.

“Everyone is getting MPG-bored at this point,” Edwards says, emphasizing OEMs should steer clear of marketing fuel-economy figures in their advertising.

Auto makers have done their part in courting potential hybrid and EV buyers, Edwards says. For example, when alternative-powered vehicles first began to appear, little thought was put into their seating and comfort. As new buyers, many who grew up riding in plush minivans, continue to skew younger, designers are upgrading interiors for wider appeal.

The roadblock to market proliferation of alternative powertrains lies in urban planning for large cities, fueling standards and the current economic climate – three vastly different aspects that all have ties to local and federal government policy.

Fuel-cell and battery costs will have to be driven down if governments are to be convinced they are getting their money’s worth from funding research and market incentives, analysts say.

And vehicle prices must decline if more consumers are to be lured into purchasing alternative-fueled cars and trucks. Today's hybrid or EV buyer, Edwards says, is likely to be a married male with a household income well past the $100,000 mark.

A crucial aspect of ensuring the future of any vehicle is an understanding between OEMs and city planners. An unwillingness to reform neighborhoods with charging stations, for example, is dovetailing with local pushes for bicycle riding and car-sharing.

“There will be no cars in the city of 2050 if the urban planners have their way,” IHS Automotive Senior Director Philip Gott tells attendees of the CTI forum.

For now, the Booz survey shows 70% of respondents are more confident about future demand for full-hybrid cars than they were last year. Executives, however, remain skeptical about the marketability of fuel-cell or battery-electric vehicles.