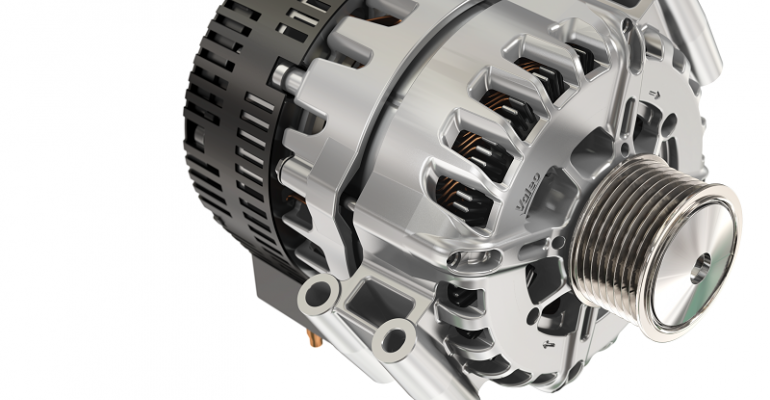 48V Technology Growing Into Its Own

Driven by tightening CO2 emissions rules and the rapid retreat from diesel technology, the consultancy LMC Automotive forecasts 48V technology’s use in Europe will grow to 33.0% of light vehicles in 2030 from 0.4% in 2018.

European and Asian automakers likely will continue to predominately support growth in 48V mild-hybrid electric vehicle applications and the fuel-saving, performance-enhancing technology met with great skepticism a few years ago may stick around longer than many previously imagined.

“A few years ago, nobody was convinced that, other than as a start-stop system, 48V would get a lot of attention as mild hybridization in drivelines, but with the diesel situation and increasingly challenging CO2 targets, they are looking for affordable technology for the mass market,” says Theo Gassmann, director-advanced engineering at GKN ePowertrain.

Penetration rates for 48V technology, which in two popular applications today combines a small lithium-ion battery with an electric machine, or motor, and power converter to assist stop-start systems or provide a performance boost, are low, but they are expected to grow.

Driven by tightening carbon-dioxide emissions rules and the rapid retreat from diesel technology, the consultancy LMC Automotive forecasts 48V applications in Europe will grow to 33.0% of light vehicles in 2030 from 0.4% in 2018. Asia will see 48V applications grow from zero today to 13.7% vehicles sold in 2030, while the U.S. will go from 0.2% to 8.2% in the same period, according to LMC.

French supplier Valeo, a major player in 48V systems, is bullish in its outlook, forecasting 48V penetration could rise to 33% globally by 2030 with applications ranging from small cars and family cars to shuttles and delivery vans.

It will become especially affordable as li-ion battery costs continue a sharp decline, due in part to a rise in 48V technology itself. Li-ion battery-pack costs have fallen more than 70% since 2010, when the first EVs were introduced with battery packs costing an estimated $1,000/kWh. That figure has dropped to as little as $190/kWh in 2017, according to the Union of Concerned Scientists. The U.S. Department of Energy wants to cut that cost to $125/kWh by 2020.

The proliferation of 48V technology helps drive battery costs down, too, and the technology package itself becomes more cost efficient when it is applied to additional elements of the vehicle drawing battery power from the initial application.

For example, a basic 48V system assisting the start-stop sequence could be enhanced relatively inexpensively to a more sophisticated system where an electric machine attaches to the transmission or is mounted directly to the rear axle or wheel hub. The latter application permits electric driving, 4-wheel-drive capability, torque boost and sailing and coasting along with higher energy recuperation for optimized efficiency. 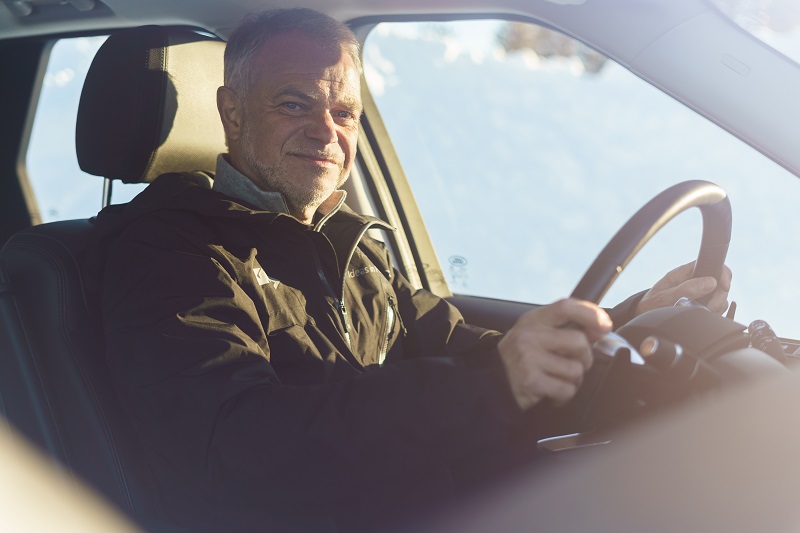 “The additional 48V electric axle makes a lot of sense because it delivers additional CO2 reduction and moderate AWD-performance, but it piggybacks on the 48V system already in the vehicle,” Gassmann says. “It uses the same battery as the stop-start system in front.”

European automakers presently remain focused on 48V for stop-start, Gassmann says, with moderately growing interest in the technology’s next level, where an electric machine is mounted between the ICE and the transmission for additional hybrid efficiencies, such as enhanced regenerative braking and sailing and electric creep in traffic.

Automakers in the Asia-Pacific region appear to be gravitating to the installation of the 48V system further downstream at the axle and wheel hub, Gassmann says.

China’s central government has begun examining support of an alternative 48V system, where a small battery-electric vehicle employs a 48V motor rather than a high-voltage unit for a range of about 93 miles (150 km) between charges and speeds up to 62 mph (100 km/h). Cargo room is limited and the EV generally would carry four or fewer passengers in densely urban conditions, like the Japanese Kei cars, which also are limited in size. Similarly, the Chinese 48V EV likely will enjoy tax breaks and insurance discounts.

“There is interest in India, too,” Gassmann says. “This could be an interesting small, electric vehicle for urban use. It may have a 12V network for conventional electric stuff, but the powertrain is 48V.”

Valeo has deployed a 48V EV prototype and believes up to 4 million cars in China could be outfitted with the technology by 2023.

There is one more reason for long-term optimism around 48V, Gassmann adds. Rural areas and developing nations generally do not have the infrastructure or service expertise for high-voltage systems.

“Low-volt could be very interesting for developing markets, or even the countryside where you do not have the infrastructure to deal with high-voltage stuff,” he says. “(High voltage) also is a service issue, it’s a safety issue.”