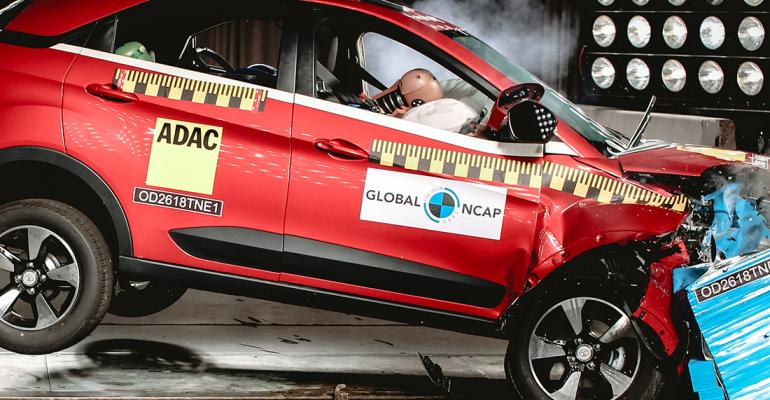 An international auto safety-rating agency awards the maximum five stars for safety to the Tata Nexon, the first car both built and sold in India to achieve that rating.

The Global New Car Assessment Program says the Nexon, a 5-door subcompact CUV, scored five stars for adult occupant protection and three stars for child occupant protection. Since receiving a four-star rating earlier this year Tata has improved a number of safety features, including making a seatbelt reminder standard for all variants of the model, Global NCAP says.

“The Nexon was engineered in India and this shows the huge capability of the domestic industry to achieve excellence in safety design and performance,” he says. “With the Nexon, Tata have shown the global car industry that to achieve five stars you can ‘Make in India.’ Global NCAP is looking forward to many more Indian five-star cars and further improvements in both pedestrian protection and crash avoidance.”