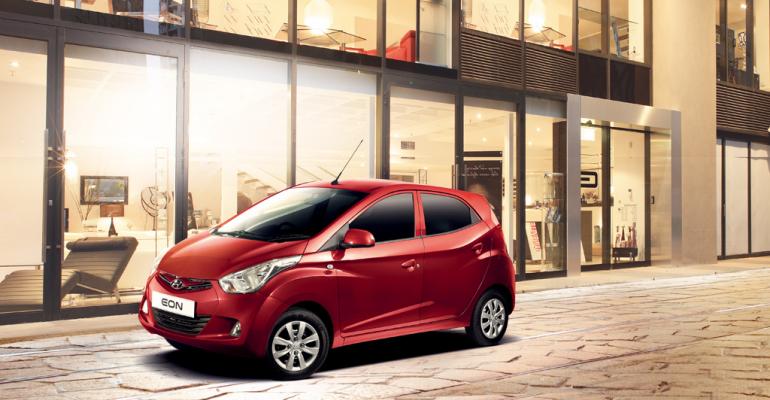 Both the Kia Morning and Hyundai Eon lacked airbags and received zero stars for adult-occupant protection. The Morning scored 1.48 points and Eon none of a possible 16. For child-occupant protection, both models achieved 1-star ratings.

The Association of Southeast Asian Nations New Car Assessment Program says the Kia Morning tested was from the Indonesian market, while the Hyundai Eon left-hand-drive variant was from the Philippines.

Both lacked airbags and received zero-star ratings in the adult-occupant-protection category.

The Morning scored 1.48 points and Eon zero points out of a possible 16.

For child-occupant protection, both models achieved 1-star ratings with 27% compliance.

“Hence, we are sad to share…we have a new car in the ASEAN market that failed to score a single point out of the 16.00 points assessment criteria,” Voon says in a statement.

“This is similar to the test conducted by Safer Cars for India project with Global NCAP in which the same model, Hyundai Eon, received zero stars with similar points at 0.00 from the maximum of 17.00 points.”

Nissan X-Trail at Other End of Safety Spectrum

The Nissan X-Trail earns the maximum five stars for adult-occupant protection with 15.10 points, while the Nissan Navara, the sixth pickup truck assessed by ASEAN NCAP, scores 12.34 points for a 4-star rating.

For child-occupant protection, the X-Trail, with 72% compliance, is awarded four stars, while the Navara, with 37% compliance, receives only a 2-star rating.

It also extends the result from the Isuzu D-MAX tested in 2013 for the Isuzu MU-X using technical evidence provided by Isuzu, to award it four stars in both adult and child categories.

ASEAN NCAP Secretary-General Khairil Anwar Abu Kassim says the Kia Morning and Hyundai Eon are the first models to receive zero stars since the no-airbag version of Kia Picanto tested in 2014 for the Thailand market.

“The zero-star result of the Morning and Eon shows it is important that the cars are not only fitted with at least frontal airbags, but it is also crucial that the structure of the car remains stable in a crash,” Kassim says. “This combination is essential to ensure occupant safety.”

“A lot of latest technologies had become matured and saved thousands and probably millions of lives,” he says. “With the strong push by the relevant authorities and the pressure from the consumers, I strongly believe the day where there are no zero-star vehicles on our road will soon come true.”