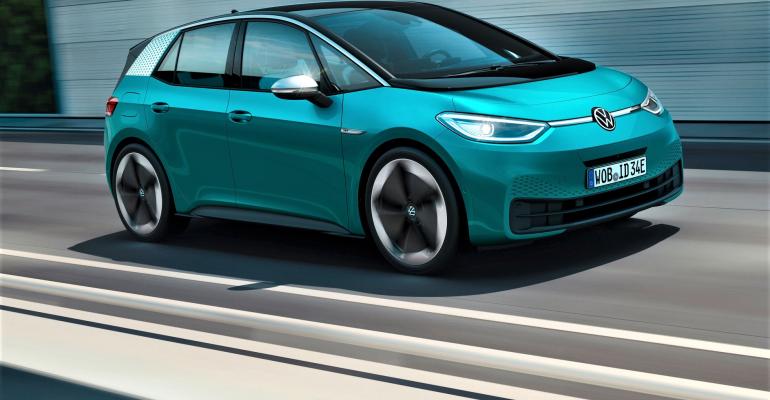 “The transport sector must be decarbonized quickly without harming the global economy,” Volkswagen Group Chairman Herbert Diess says. However, he stresses the importance of providing personal transport solutions for the individual.

Battery-powered vehicles must be fed by sustainably produced energy if they are to have a real impact on lowering emissions.

That’s one of the main messages delivered to the IAA Munich International Motor Show by Volkswagen Group Chairman Herbert Diess (pictured, below left).

He points to the fact that even the group’s own efficient BEVs will, in most countries, match the CO2 emissions created in their production by that produced to create the electricity to fuel them through a typical lifecycle.

Opening his presentation, he warns: “Climate change will be the greatest challenge for humanity in the coming decades. With virtually unlimited burning of coal, oil and gas, climate change is steadily accelerating. More and more people realize how dramatic the situation is and want to take action.

“So far, our actions have not been consistent enough,” Diess says. “There is much more that could be done to combat climate change.”

He cites the transport sector’s contribution to CO2 emissions currently standing at 16% of the world’s total output. Diess says: “The transport sector must be decarbonized quickly without harming the global economy.”

However, he stresses the importance of providing personal transport solutions for the individual: “For us the principle of individual mobility must be preserved for people and remain affordable for the many. Mobility is a basic human need and a fundamental right in a free society.”

While reiterating Volkswagen’s drive toward decarbonization in both its production and its products, Diess pledges the group will reduce its car fleet’s CO2 emissions 30% by 2030 compared to outputs measured in 2018, and achieve net carbon neutrality by 2050. 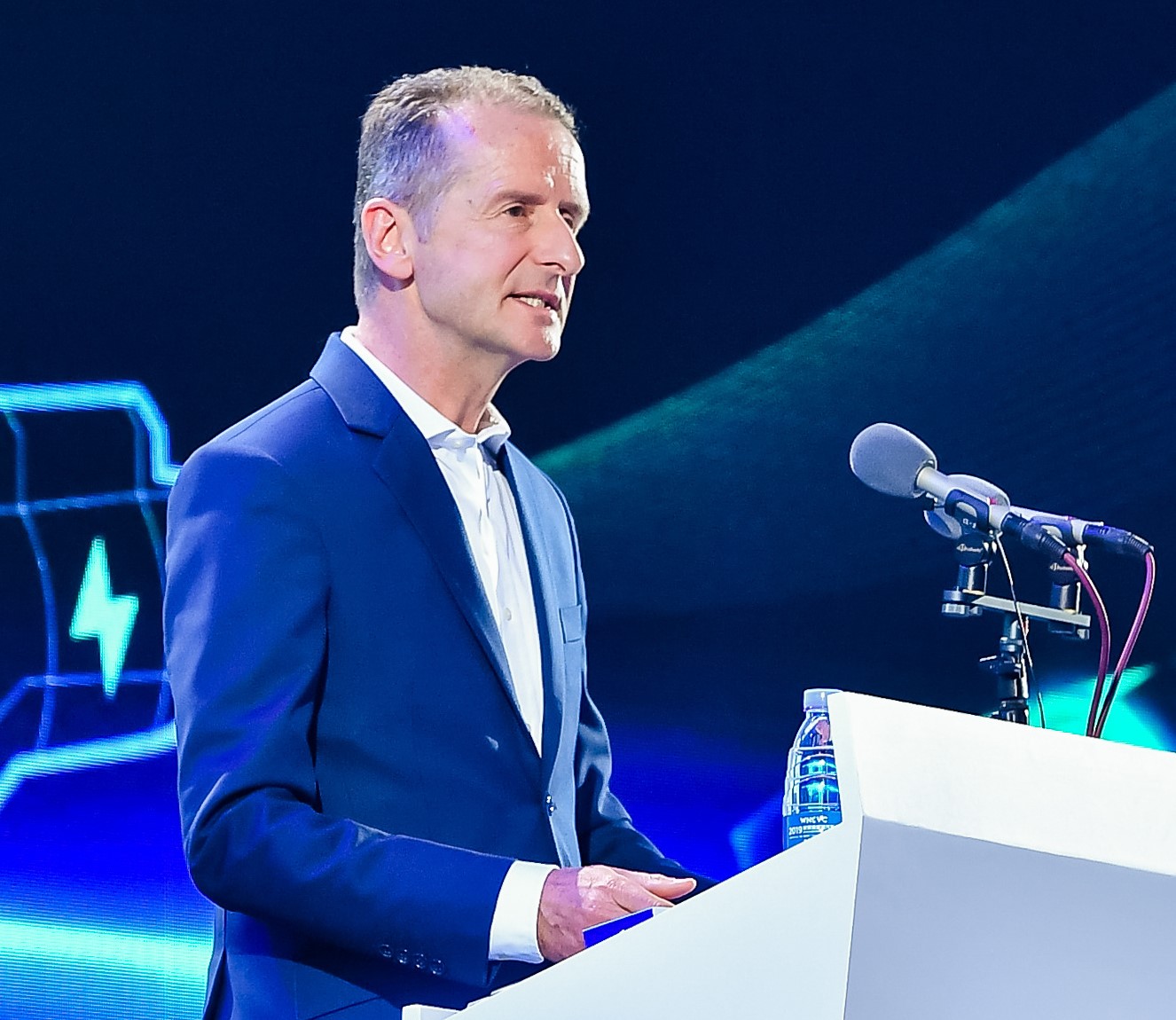 Most of this will be achieved through electrification, but Diess admits even an ID.3 BEV rolling off the production line today has a sizeable carbon footprint: “It still has a CO2 footprint of 27 tons in the European energy mix throughout its lifecycle. This consists of 13 tons in production and supply chain and another 13.9 tons in use and maintenance. In other words, half of the car’s footprint.

“This can be reduced to nearly zero by charging with ‘green’ energy. In most of the European countries like Norway, Sweden and Switzerland, most of the ID.3 vehicles are driving with green energy, so the prerequisite for decarbonizing the transport sector is the availability of green electricity from sources like sun and wind.”

Diess highlights Volkswagen’s own efforts in greening its energy such as its powerplant in Wolfsburg, Germany (pictured, below), which generates electricity for the car plant and district heat for the nearby city.

It is being converted from coal to gas, saving 1.5 million tons of CO2 annually – equivalent to the yearly emissions of 870,000 ICE-powered cars.

Being piloted in Esbjerg, Denmark, with an overall heating capacity of 50 megawatts, the plant will supply about 100,000 households with 235,000 megawatt hours of heat per year. It is expected to save 100,000 tons of CO2 annually, equivalent to the CO2 emissions of 55,000 cars. 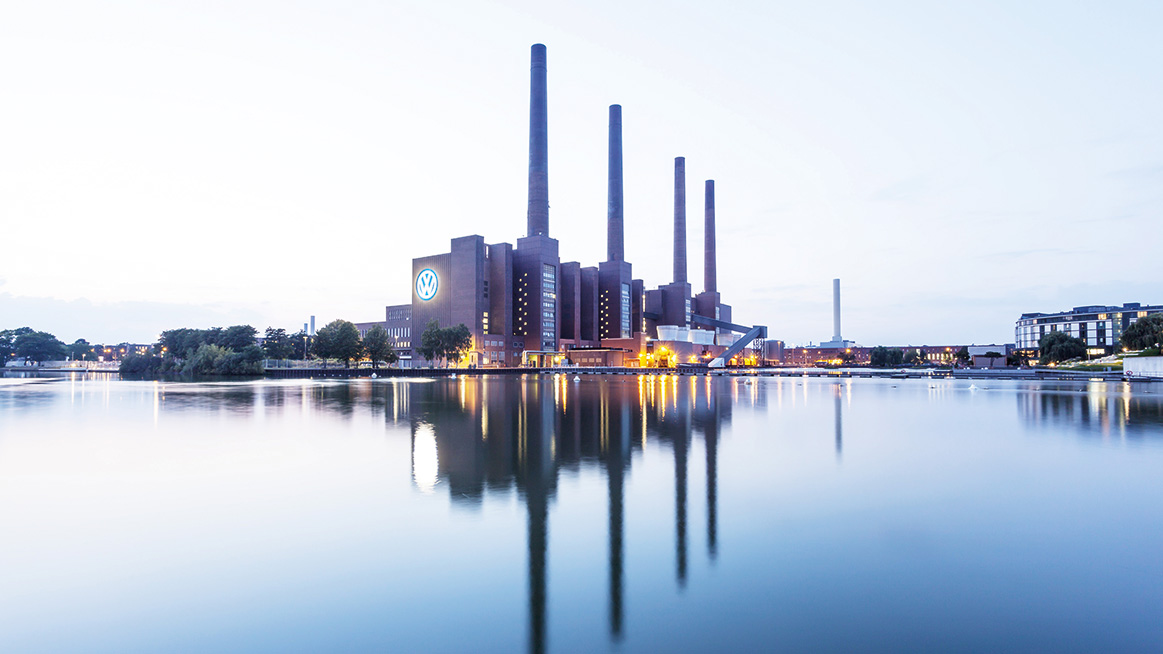 To achieve the Paris Agreement target of a 1.5°C global increase by 2050, Diess says, carbon capture technology will have to be employed to clean the air of unavoidable CO2 emitters such as cement and steel production, aviation and shipping. While still expensive, he estimates it will cost about $100 per ton of CO2 and it is an area Volkswagen will be investing in.

However, on the plus side, he envisages sustainably sourced energy making living standards more affordable than today, driven by efficiencies they bring. “Solar and wind power is, in some regions, already cheaper than coal power,” he says.

“Electric heat pumps reach amortization after only a few years and, from then on, are cheaper than heating with fossil fuels. Electric cars can be cheaper to run than combustion-engine cars, and electric city buses make public transport cheaper than using diesel or hybrid buses. So decarbonization will make things more affordable, not more expensive.”

Diess stresses the need for vehicles that run more efficiently, saying most private and business-owned cars spend much of their lives idle, thus lasting longer and allowing aging technology to stay on the roads.

He suggests using autonomous technology to improve the transport sector’s efficiency. “In the future, electric robotaxis will drive around the whole day to transport more people than can be done today,” Diess says. “This leads to a highly efficient use with fewer cars on the road and fewer parking spaces being used in the cities.

“Car sharing can double the utilization of vehicles. A significant improvement can be achieved by combining usage, which means the same car for sharing, rental and subscription models. This would, once again, double the usage time of cars.”