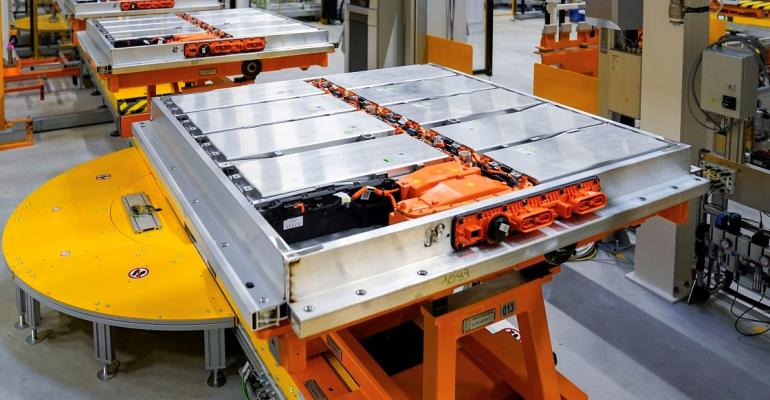 At full capacity, the Braunschweig, Germany, plant will be able to assemble up to 500,000 EV batteries a year for models based on VW’s modular electric drive (MEB) architecture.

Volkswagen continues its drive to source only in-house batteries for its electric vehicles with the announcement of a huge expansion of its European production capabilities.

The Volkswagen Group Components plant in Braunschweig, Germany, is to follow its first expansion stage, providing a maximum annual capacity of 250,000 battery systems, with a second expansion stage to double this output.

At full capacity, the plant will be able to assemble up to 500,000 EV batteries a year for models based on VW’s modular electric drive (MEB) architecture.

These include the Volkswagen ID.3 and ID.4, as well as the Škoda Enyaq iV. Additionally, it will supply up to 100,000 battery systems for the e-up!, SEAT Mii electric and Škoda Citigoe iV as well as for hybrid vehicles such as the Volkswagen Golf GTE, creating a total annual battery output of 600,000 systems by 2023.

Battery housing production employs welding, adhesive and sealing techniques. The housings then are assembled together with the cell modules and a control unit to form the battery systems. Several in-line, air-tightness and end-of-line tests ensure uniform quality. The development of the battery system, including its hardware and software, also took place at the Braunschweig site.

Battery system production employs more than 800 people. Employees required for the expansion were largely retrained for the new tasks within the site and prepared for working with high voltages through specialized training courses and qualifications.

“The strong demand for attractive and affordable electric models based on the modular electric drive matrix has the lines of the first expansion stage working at full capacity, so we have fired up the second stage,” says Thomas Schmall, CEO of Volkswagen Group Components and member of the group board of management for technology.