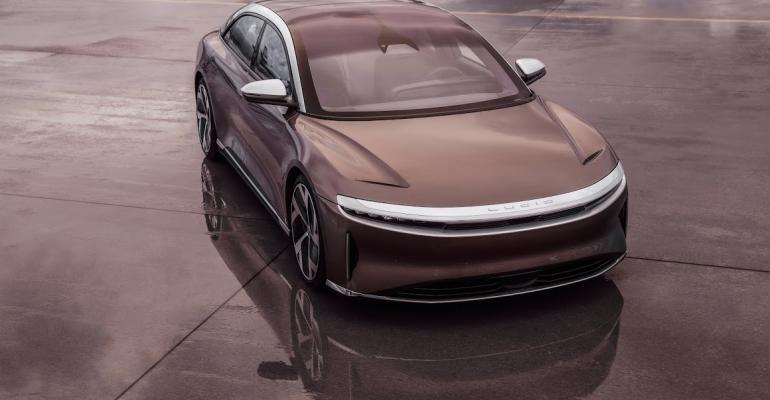 The Air Grand Touring will have range of up to an estimated EPA rating of 517 miles, and the Touring has an estimated range of 392 miles. The top-of-the-line Air Dream Edition’s range is 503 miles on 19-in. wheels.

Deliveries of the BEV start in spring 2021, Newark, CA-based Lucid Motors says in a statement released ahead of a global webcast of the unveiling at 7 p.m. Wednesday EDT.

The Lucid Air initially will be built in the Lucid Motors plant in Casa Grande, AZ, and will be available in North America in four model ranges (all prices include potential $7,500 federal tax credit for U.S. buyers):

The Air Dream Edition achieves a quarter-mile time of 9.9 seconds, which Lucid says makes it the only battery-electric sedan to consistently cover a quarter-mile in under 10 seconds. Its top speed is 168 mph (270 km), same as the Air Touring model. The Air Grand Touring reaches a top speed of 155 mph (250 km/h). The Air’s top speed hasn’t been disclosed.

Lucid says the 113-kWh battery in all four models provides 300 miles (483 km) of range after just 20 minutes of charging when connected to a DC Fast Charging network. The company says the Air will be the fastest-charging EV ever offered. 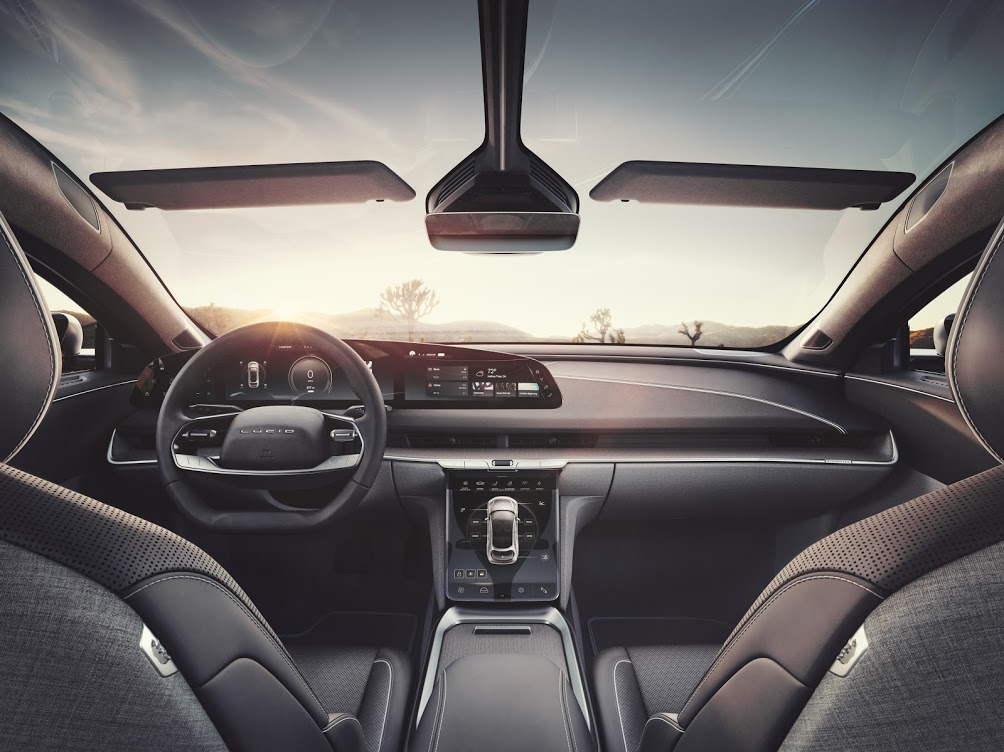 advanced electric vehicle is to benefit all mankind with sustainable, zero-emission transportation and to also attract new customers to the world of EVs.”

The company says the Lucid Air car is the result of the Lucid Space Concept, which factors into the EV’s “subtly different and modern proportions…without relying on any traditional automotive design cues, instead delivering a beautiful car that looks entirely distinctive on the road.”

The automaker plans to open 20 Lucid Studios and Services Centers across North America by the end of 2021.European and Middle East market delivery dates, pricing and sales and service center details will be announced later.

Customers in the U.S., Canada and some countries in Europe and the Middle East can reserve a Lucid Air EV for a refundable $1,000 deposit or, for the limited-production Dream Edition, $7,500.

Full details of available configurations and all Air models can be found on the Lucid Motors website following Wednesday’s reveal webcast.