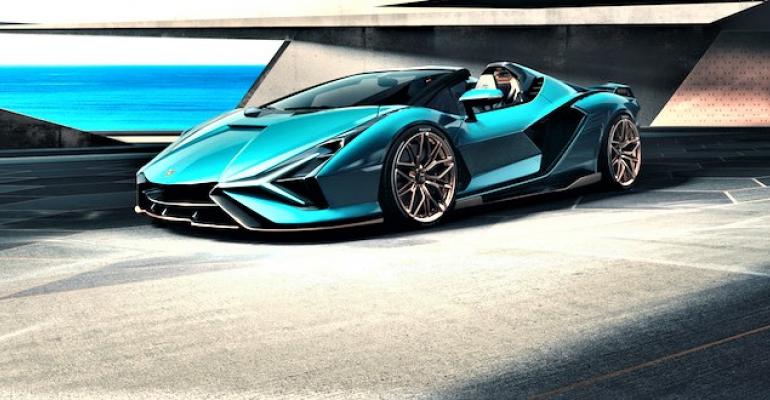 Lamborghini announces the Sian Roadster, a convertible version of what the Italian automaker says is the most powerful model it has ever produced.

The automaker planned to build just 63 Sian models following the hypercar’s introduction at the 2019 Frankfurt auto show. Only 19 convertibles have been built and all have been sold.

Symmetric power flow ensures the same efficiency in both charging and discharging cycles.

The supercapacitor also varies from Li-ion batteries by charging and discharging with the same power, fully charging the Sian Roadster’s energy-storage system every time the vehicle brakes. The stored energy is an instantly available power boost that increases torque when accelerating, up to 78 mph (130 km/h) when the electric motor automatically disconnects.

Airflow is directed through the front splitters and hood, through the side intakes and outlets and over the rear spoiler with no loss of aerodynamic efficiency from the roadster's roofless design. The rear wing is integrated within the profile and extends only during driving.