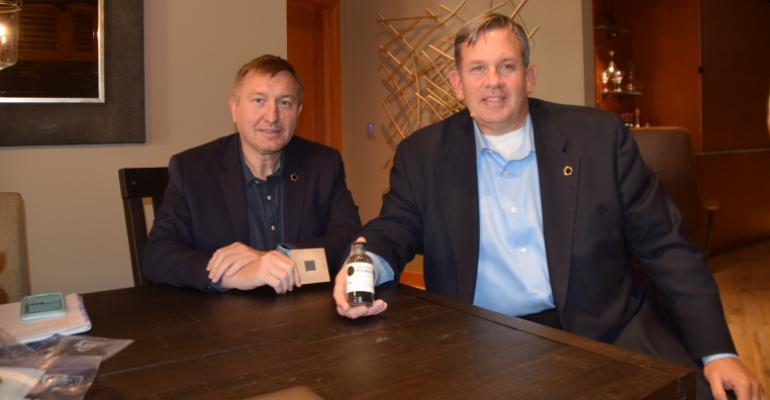 Pajarito Powder says its proprietary hydrogen fuel-cell catalyst technology reduces reliance on costly platinum, slashing the price of a fuel cell up to 20%.

Hyundai is investing in U.S.-based technology startup Pajarito Powder to expand its ability to produce advanced catalysts that reduce the amount of expensive platinum required in hydrogen fuel cells.

Tom Stephenson, Pajarito Powder CEO and chairman, tells Wards the investment by the South Korean automaker will allow the firm to build a production plant to manufacture its unique fuel-cell catalyst membranes at scale for use in hydrogen fuel-cells powering everything from Class 8 trucks to light-duty passenger vehicles.

“With Hyundai’s support, we aim to make the vision of the hydrogen future a near-term reality,” Stephenson says.

The Albuquerque, N.M.-based company Stephenson co-founded in 2012 has developed a catalyst that partially replaces costly platinum with more carbon material without diminishing power output and or reducing fuel-cell durability and longevity, he says. By reducing the cost of the catalyst, which represents 40% of the cost of a fuel cell, Pajarito Powder’s technology cuts the cost of a fuel cell up to 20%, he says.

That cost reduction could accelerate fuel-cell adoption by pushing fuel cells one step closer to the U.S. Dept. of Energy estimate of $50/kW (when produced at a 100,000-unit annual scale), closing the cost-parity gap with internal-combustion engines at about $30/kW and battery-electric propulsion.

To put these costs in context, a 2019 DOE study estimated a vehicle’s fuel-cell system at the time cost about $210 per kilowatt of energy generated, plus another $21 per kilowatt-hour for hydrogen storage.

While automotive pundits say high-volume automotive fuel-cell adoption always seems to be a decade away, Stephenson says the fuel-cell future is much closer, depending on the market and the vehicle segment. He expects large trucks and port vehicles will be the early adopters, followed by fuel-cell propulsion systems in light-duty vehicles, especially larger pickups and SUVs that might be expected to carry or tow heavy loads over long distances. 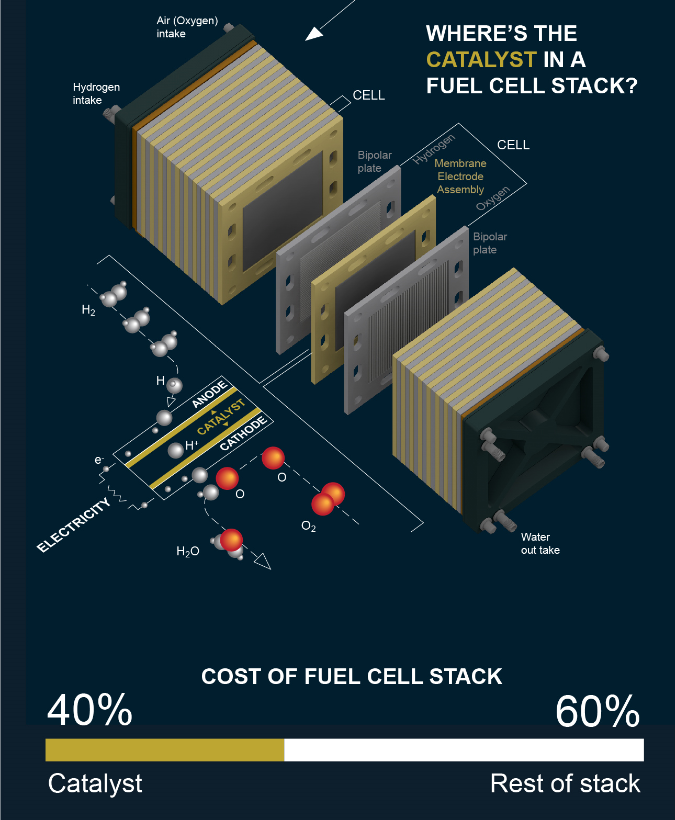 Hyundai already builds fuel-cell-powered buses and Class 8 trucks for pilot programs in Europe and sells its Nexo fuel-cell car in certain markets such as California. Hyundai’s 120-kW fuel-cell propulsion system in the Nexo won a Wards 10 Best Engines & Propulsion Systems trophy in 2019. As part of its “Fuel Cell Vision 2030” the company plans to boost its fuel-cell production capacity to 700,000 units by the end of the decade.

“With one of the most successful fuel-cell programs in the world, Hyundai’s investment and backing adds high-level credibility to our work and accelerates our ability to bring high-performance catalyst products to the rapidly growing green-hydrogen market,” Stephenson says.

Stephenson can’t divulge who his customers are but does say at a media event on the sidelines of the CAR MBS conference this week in Traverse City, MI, that two of Detroit’s three automakers are working with his company. He says Pajarito Powder’s business is larger outside the U.S. than within.