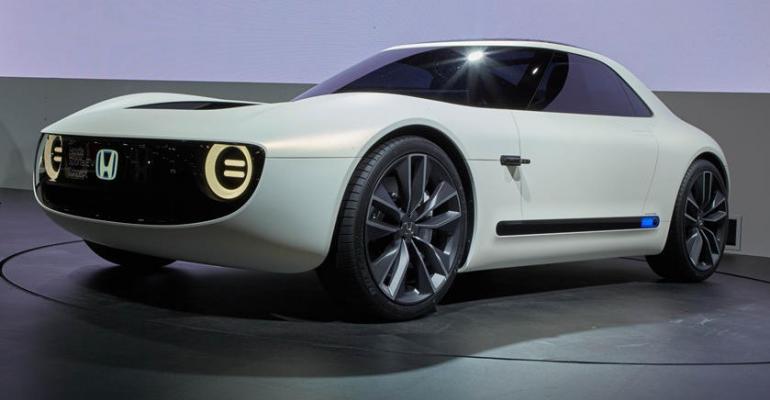 Honda Getting Back on Electrified Bandwagon

Honda executive Dave Gardner notes the automaker has a long history of experimenting with electrified vehicles and bringing them to market in the U.S., beginning with the EV Plus electric vehicle in 1997. Its new volume BEV, the Prologue, launches in 2024.

Long regarded as one of the world’s largest and most proficient builders of internal-combustion engines, Honda is preparing for the launch in 2024 of its first new volume battery-electric vehicle, dubbed the Prologue.

The name signals the start of a new electrified era that will lead to the automaker’s vision for 100% zero-emission-vehicle sales in North America by 2040, according to Dave Gardner, American Honda executive vice president-national operations.

“Our first volume Honda BEV will begin our transition to electrification, and the name Honda Prologue signals the role it will play in leading to our zero-emission future,” says Gardner. “The Prologue will provide our customers with a battery-electric SUV with the excellent functionality and packaging they’ve come to expect from Honda,” he says, adding those features will make it competitive with the automaker’s other vehicles.

Specifications and other details about the vehicle will be released in the months to come. Gardner does say the Prologue is expected to fit between the Passport midsize CUV and the Pilot large CUV in Honda’s current lineup of vehicles.

In addition to the Honda Prologue, the company will introduce an all-electric Acura CUV in the 2024 calendar year, Gardner says.

Both the Prologue and the yet-to-be named Acura CUV will utilize a flexible global EV platform powered by Ultium batteries developed via Honda’s strategic partnership with General Motors. GM and its battery-making partner LG plan to build four new battery plants in the U.S.

Both vehicles are in line with the corporate strategy that is being implemented in other parts of the world such as China, where Honda expects to launch its BEVs in 2022.

In April, Honda global CEO Toshihiro Mibe announced a vision to achieve carbon-neutrality for its products and corporate activities by 2050, including key targets for sales of electrified vehicles.

Honda also is investing in other types of battery technology, including solid-state batteries, which could be ready by the end of the decade. 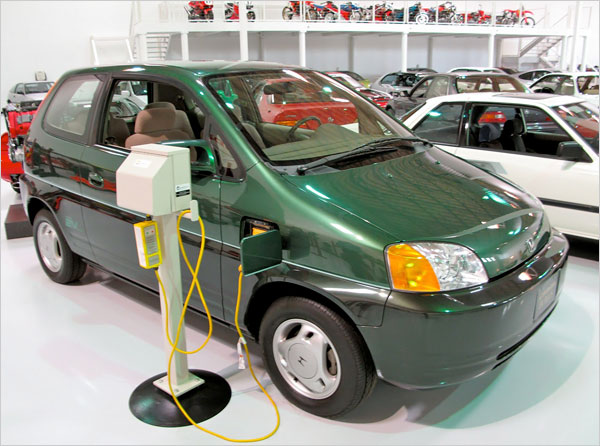 Gardner notes Honda has a long history of experimenting with electrified vehicles and bringing them to market in the U.S., beginning almost a quarter-century ago with the EV Plus electric vehicle (pictured, above) in 1997. It also introduced America’s first hybrid, the Honda Insight, in 1999; the Honda FCX, the industry’s first fuel-cell vehicle sold to individual customers in 2002; and the Clarity series in 2017.

Gardner says as Honda prepares for the launch of Prologue, the company will introduce hybrid-electric systems to more core models to continue to reduce CO2 emissions and bridge customers to the volume BEVs now in development.

Honda achieved record sales of electrified vehicles in each of the past three years, with that sales momentum continuing in 2021. Led by the CR-V Hybrid and Accord Hybrid, Honda has just recorded its best-ever first-half year of electrified-vehicle sales.

“We know customers who have a good experience with a hybrid vehicle are more likely to buy a battery-electric vehicle in the future,” says Gardner. “Our strategy is focused on introducing a higher percentage of hybrids in core models in the near term, making a committed effort to achieve higher volume leading to the introduction of our Honda Prologue.”