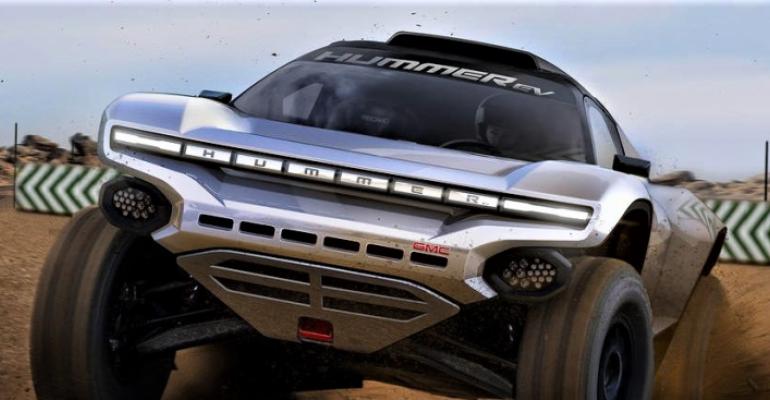 GM announced last fall that it will sell an electrified version of its popular “crate engine” for shade-tree mechanics who want to get an EV boost out of their old vehicles.

PONTIAC, MI -- General Motors has been making cars for over a century, so it knows the passion that four-wheeled toys can evoke.

This is especially true for race cars, and Chevrolet got electric racing fans’ attention at SEMA in 2018 with the eCOPO Camaro Concept car, an all-electric drag strip machine that produced 700 hp and 600 lb.-ft. (813 Nm) of torque.

This year, the GM family returned to electric racing thanks to a multiyear sponsorship with Chip Ganassi Racing for the Extreme E series. GM will race a battery-electric, 550-hp SUV inspired by the GMC Hummer BEV.

During a panel discussion focused on electric propulsion and racing here at Motor Bella 2021, Jim Campbell, vice president-motorsports and accessories for GM, says the company’s latest racing entry continues the tradition of learning tough engineering lessons on a track.

“It’s a place for us to learn another step in the EV journey in terms of performance and racing,” Campbell says. But electric performance isn’t just for race days. GM announced last fall that it will sell an electrified version of its popular “crate engine” for shade-tree mechanics who want to get an EV boost out of their old vehicles.

“In 2018, we said we’ve got to be ready for what happens on the EV side,” Campbell says. “While we’re in the ICE world with crate engines in motorsports, we’re also putting another foot in the camp of EV. It’s going to be a foot in both camps and we’re going to learn from both and drive our learnings forward.”

The idea of an electric crate powertrain package fits well with GM’s history, says Russ O’Blenes, director of the automaker’s performance and racing propulsion team.
“GM really started the crate business, and we had this expansive portfolio,” O’Blenes says during MotorBella. “We sat down and talked about what would the future look like and the e-crate, and specifically the eCOPO, was the first step at what the bookend on the electric space will look like.”

Of course, some people enjoy automotive racing for the sound. Not everyone, of course, but some. O’Blenes says you can’t get that from an electric race car, but that doesn’t mean you won’t come away impressed.

“If you put people in the cars, they’re incredibly compelling,” he says. “Maybe they don’t have the noise or the smell, but from a driver’s perspective…you have the ability to really get that street-level hard acceleration, which is really what most people want. It’s just another end of the spectrum.”

O’Blenes says GM always concentrated on making its crate engines fully integrated packages that anyone could use to bring an older vehicle up to modern technology standards. Later this year, it will be possible to upgrade cars with an official electric powertrain, thanks to GM’s Electric Connect and Cruise package. 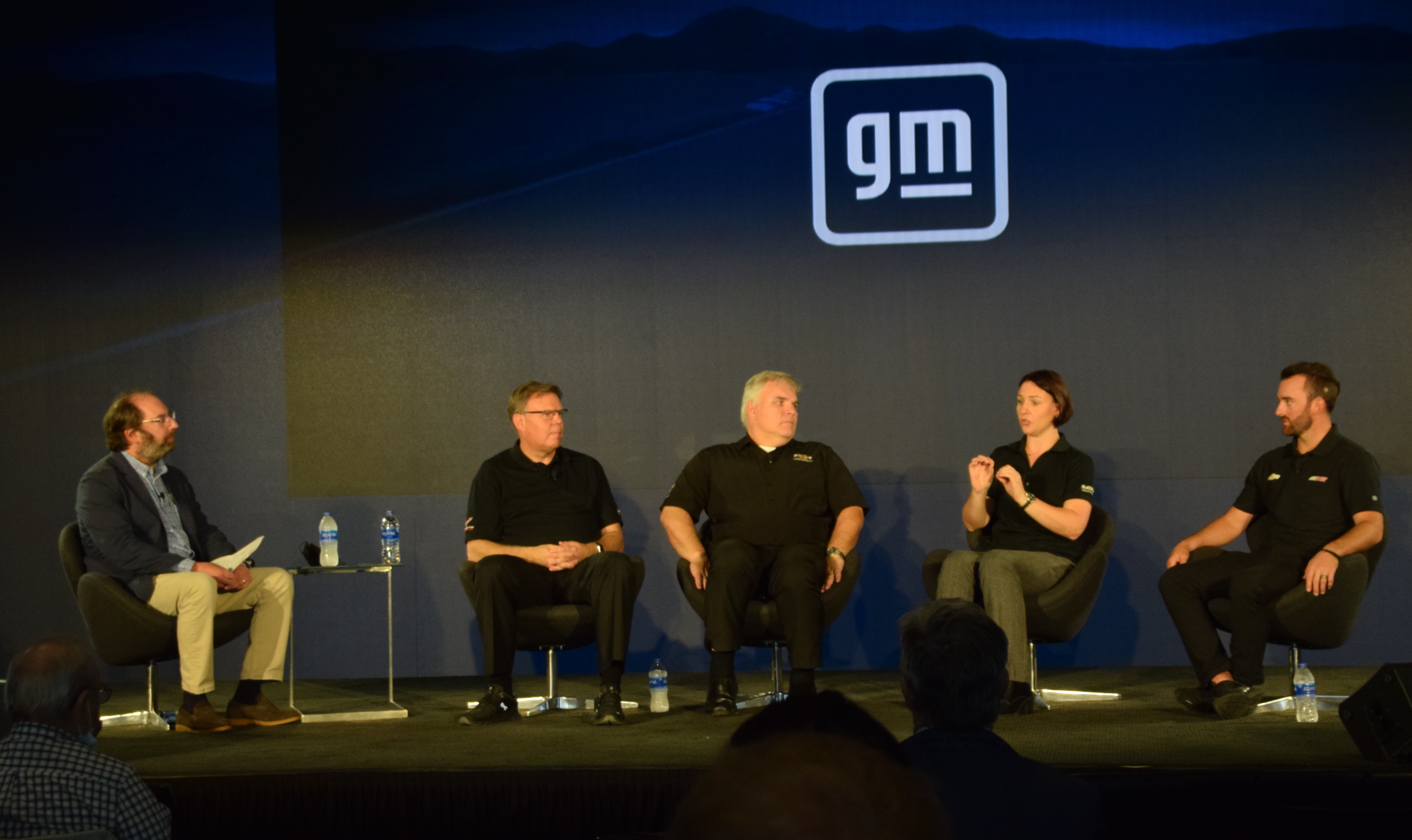 GM partnered with Hancock and Lane, who O’Blenes calls pioneers in the electric drag racing space, to develop this first electric crate package, which includes a 60-kWh lithium-ion battery pack, a 200-hp electric motor, a DC-to-AC power inverter, a DC-to-DC power converter and the wiring harnesses, controllers and water pumps required to hook everything up.

“That’s really been our goal,” O’Blenes says. “To give the customer an opportunity to have something that has the refinement of a full production electric vehicle but in their older vehicle.”

The motors and inverters in the electric crate engines are pretty standard, O’Blenes says, which is why GM wanted to concentrate on the battery (it was designed in-house) and on making sure the system could bolt into older vehicles as easy as possible. GM also kept an eye on the future by going with a state-of-the-art 800V system.
“We wanted to be able to start moving forward quickly, as that’s what we do in motorsports,” O’Blenes says.