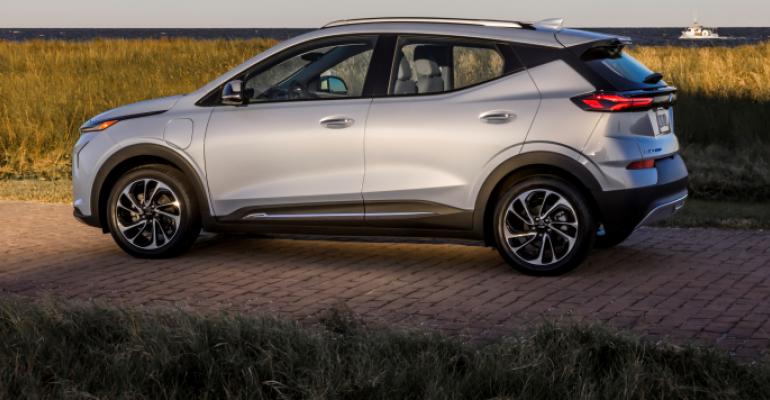 The refreshed ’22 Bolt hatchback is priced $5,000 lower than the previous model, while the all-new Bolt “EUV” compact ute will start at $33,995. Chevrolet also will cover standard installation of a Level 2 home charger for eligible customers.

General Motors sheds more light on the all-new battery-electric Chevrolet Bolt “Electric Utility Vehicle” and refreshed Bolt hatchback, with both ’22 models going on sale this summer as part of the automaker’s commitment to launch 30 new electric vehicles globally by 2025.

Like the previous Bolt, the ’22 hatchback (pictured below) carries a range estimate of 259 miles (416 km) fully charged, while the larger Bolt EUV is rated at 250 miles (402 km). Juice still comes from 288 lithium-ion battery cells, but energy capacity has dipped from 66 kWh in the previous Bolt to 65 kWh in the new ’22 models.

Using a standard 120V wall socket, both new Bolts will add 4 miles (6 km) of range for each hour of charging, and DC fast charging can add 100 miles (160 km) of range in 30 minutes – same as with the old Bolt. But on a 240V Level 2 port, a full charge for both vehicles can be achieved in about seven hours, compared to 10 hours in the old Bolt.

Pricing starts at $33,995 for the ’22 Bolt EUV (including destination freight charge) and $31,995 for the hatchback, not including available state, local or utility incentives. The new hatchback is priced $5,000 lower than the ’21 Bolt EV. A limited-production Bolt EUV Launch Edition with unique wheels, sunroof, special badging and an illuminated charge port is priced at $43,495.

The automaker is trying to be clever with its “EUV” moniker for what amounts to a small SUV or CUV, perhaps hoping the EPA will classify the vehicle as a ute rather than a car for fuel-economy purposes. A single motor drives the front wheels and all-wheel drive is not available in either ’22 vehicle, a factor in determining its EPA’s classification. 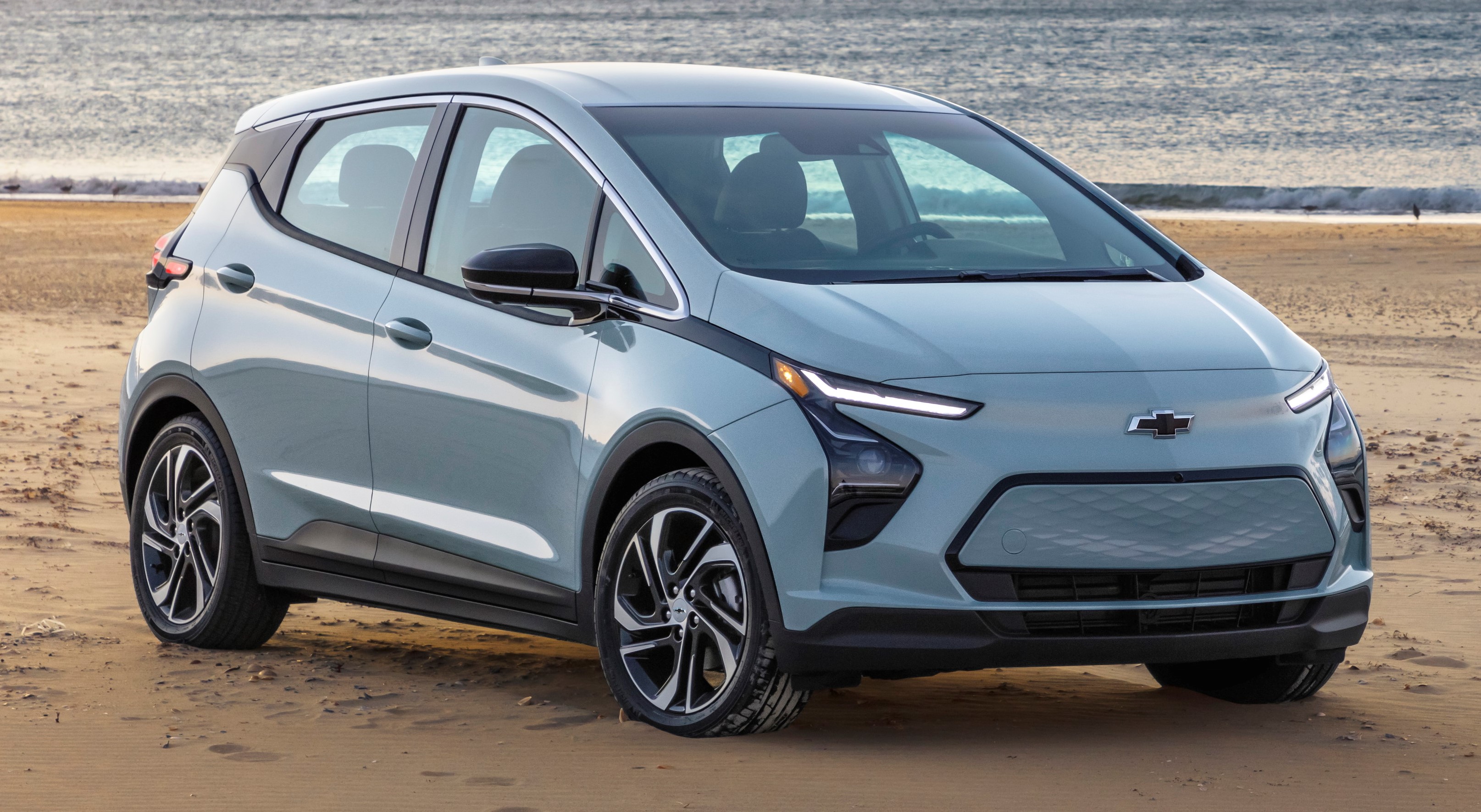 From a design standpoint, the automaker listened to current Bolt customers in delivering more premium interior content, including an optional panoramic sunroof (in EUV only), and the fascia and headlamps have been restyled for a more athletic stance. LED headlamps are standard on the EUV.

The instrument panels in both vehicles represent a significant upgrade from the ’21 Bolt, with new controls and switchgear, more soft-touch surfaces, a larger 10.2-in. (26-cm) infotainment color touchscreen and an updated 8-in. (20-cm) reconfigurable color gauge cluster.

The seats are all-new with contrast color stitching, as is the center console, now featuring an electronic push-button gear shifter with a single-button to activate one-pedal, aggressive regenerative-braking operation. In the second row, the EUV gets an extra 3 ins. (76 mm) of legroom compared to the hatchback. 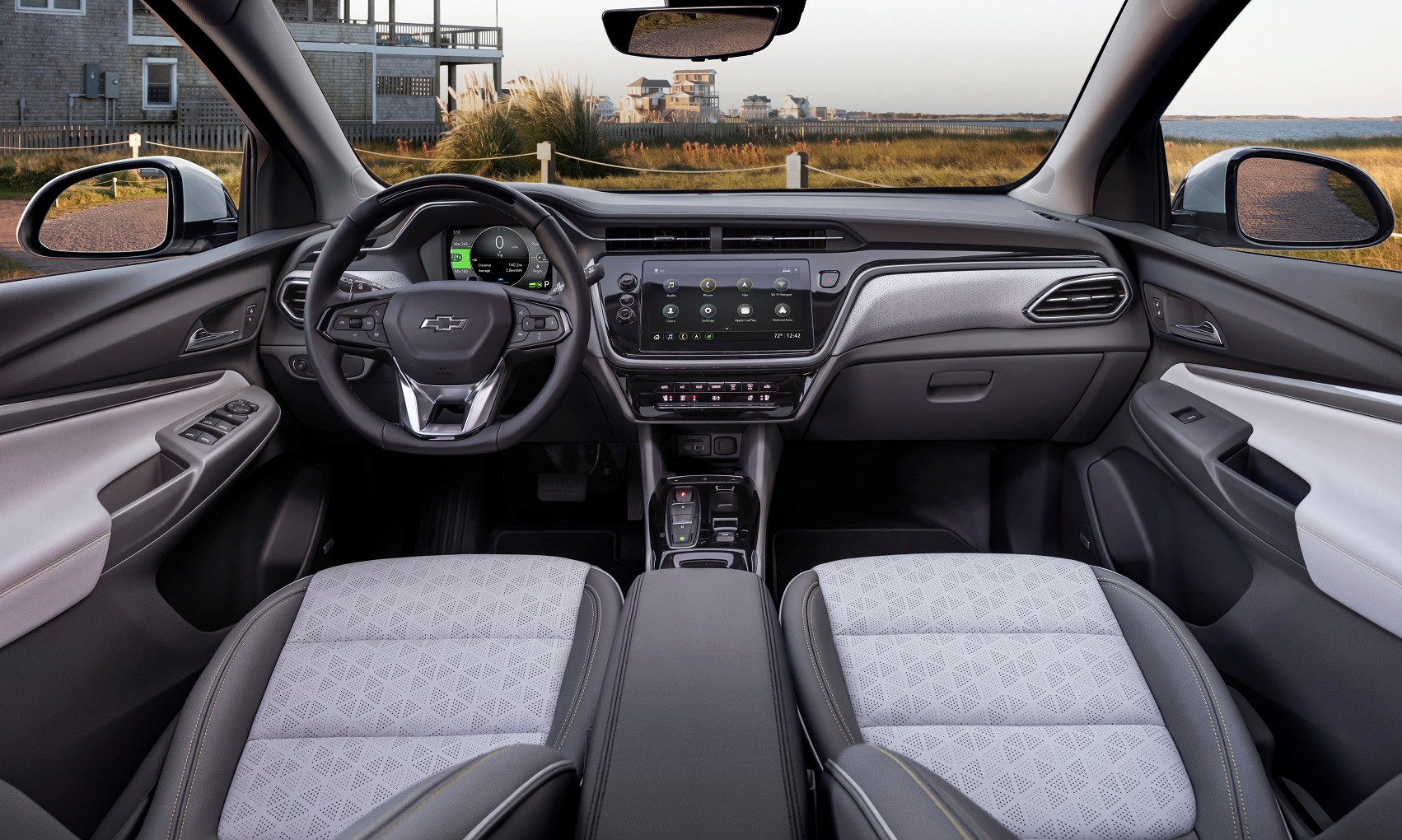 The Bolt EUV also will be the first Chevrolet vehicle to offer Super Cruise for hands-free (and pedal-free) driving on more than 200,000 miles (321,860 km) of mapped highways in the U.S. and Canada.

The new Dual Level Charge Cord is standard with Bolt EUV and is available for the hatchback. For maximum Level 2 charging speed, both vehicles are now capable of 11-kW Level 2 charging, but separate charging equipment (not included) is required.

In collaboration with Qmerit, Chevrolet says it will cover standard installation of Level 2 charging capability at home for eligible customers who purchase or lease a ’22 Bolt EUV or Bolt EV. 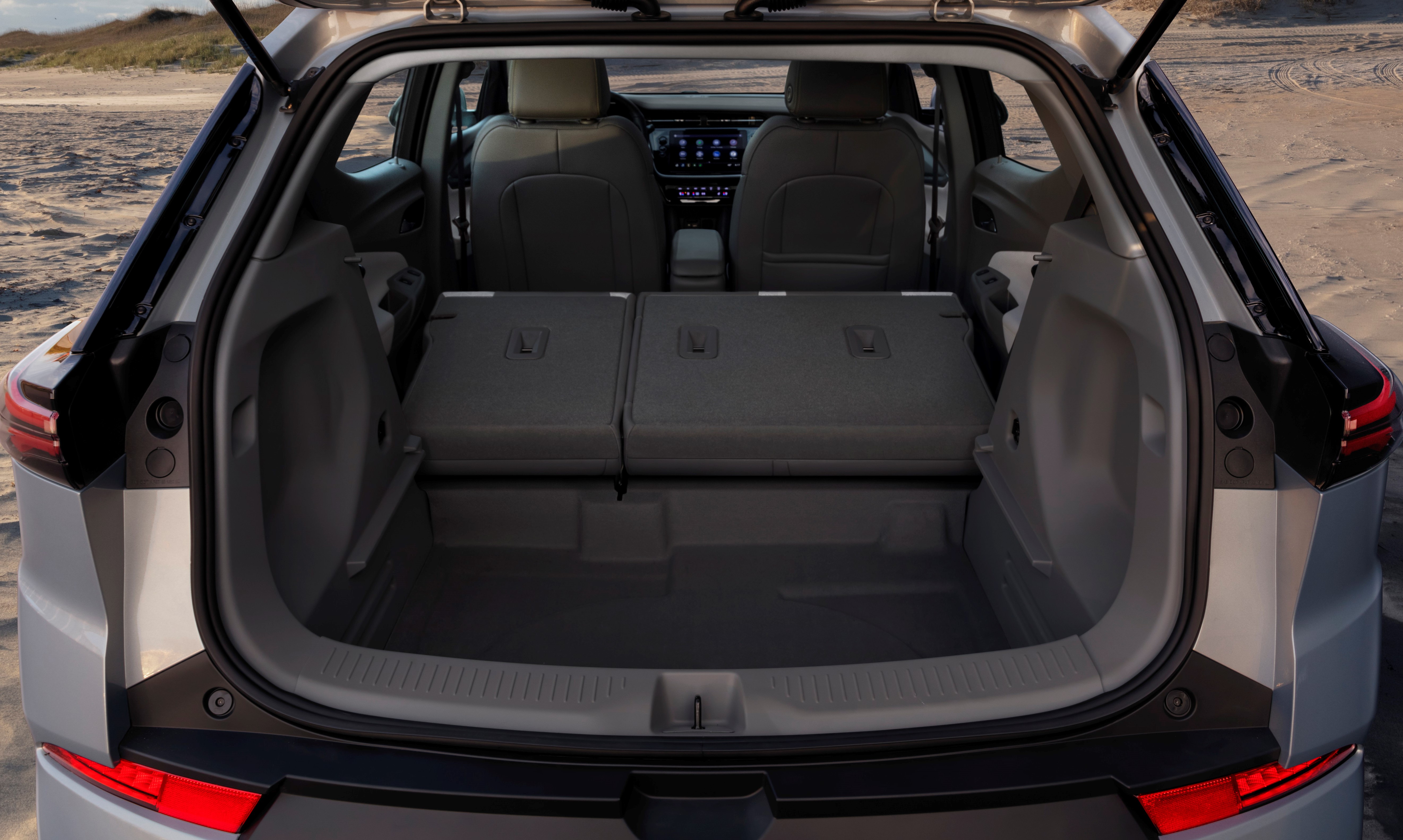 GM will build the ’22 Bolt hatchback and EUV (pictured below) on the same assembly line at its plant in Orion Township, MI.

Wards Intelligence estimates straight-time capacity at the Orion plant to be 85,000 units annually. Since 2017, the plant has manufactured 114,431 Bolts, with 2018 the top year for production (30,656 units), according to Wards Intelligence data.

Both vehicles come from the same platform but do not share any sheet metal. The vehicles also do not use GM’s new Ultium battery architecture, which is expected to underpin the automaker’s next-gen BEVs. 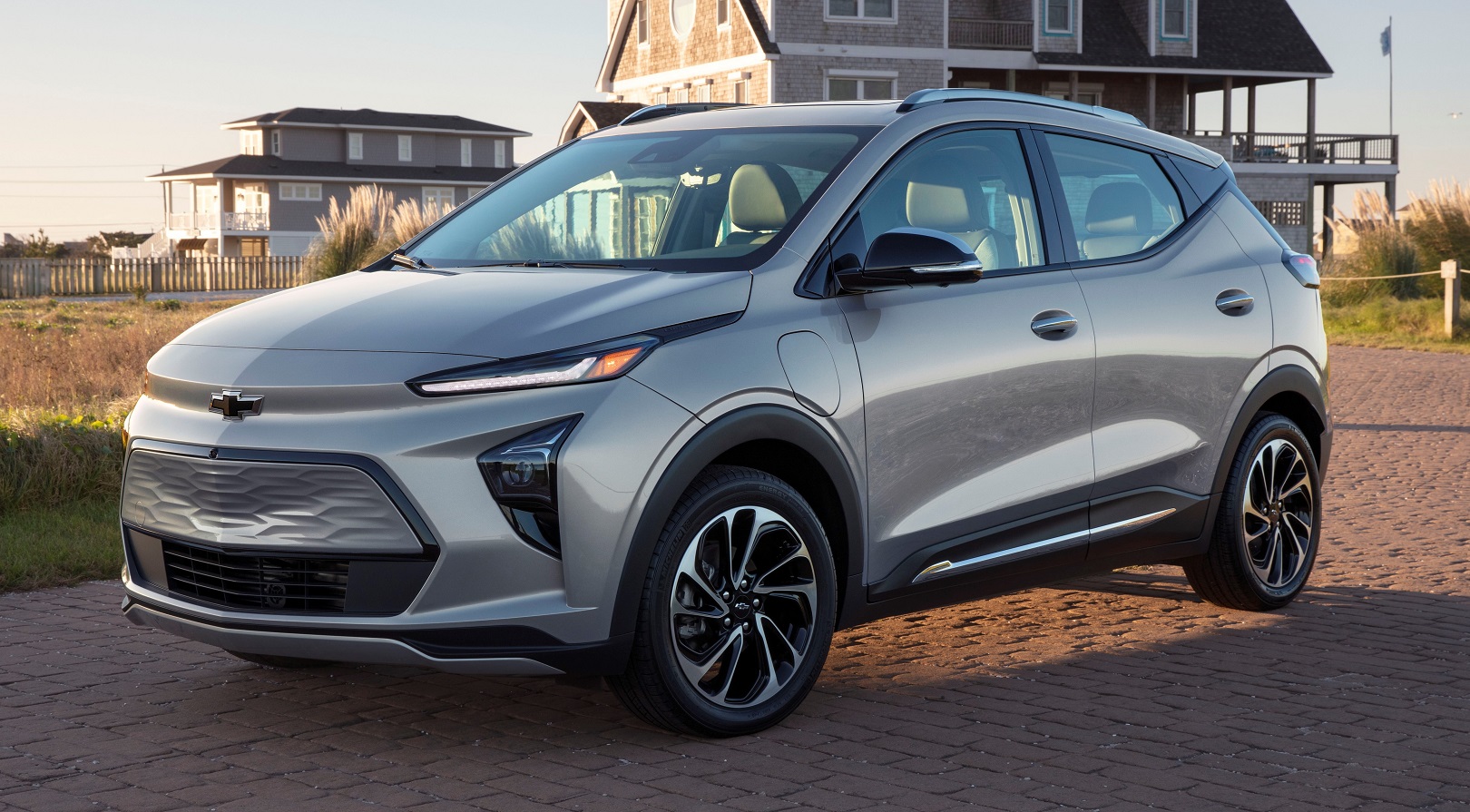