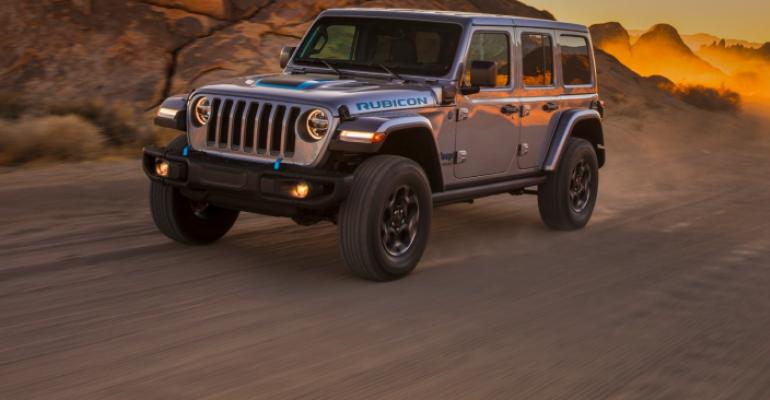 The plug-in hybrid SUV has a 17-kWh battery pack that works in tandem with the turbocharged gasoline 4-cyl. to produce 375 hp and 470 lb.-ft. of torque. A motor generator is mounted to the engine while another is housed within the 8-speed automatic transmission.

It’s been a couple of years since Fiat Chrysler launched the 48V mild-hybrid “eTorque” system paired with a 2.0L turbo 4-cyl. in the Jeep Wrangler for improved fuel economy and seamless stop/start capability.

Today, FCA steps up its electrification strategy by unveiling a much more efficient 400V plug-in hybrid drivetrain, once again incorporating the 2.0L twin-scroll turbo-4, in the ’21 Jeep Wrangler 4xe, going on sale early next year in the U.S., Europe and China. It is assembled in Toledo, OH. 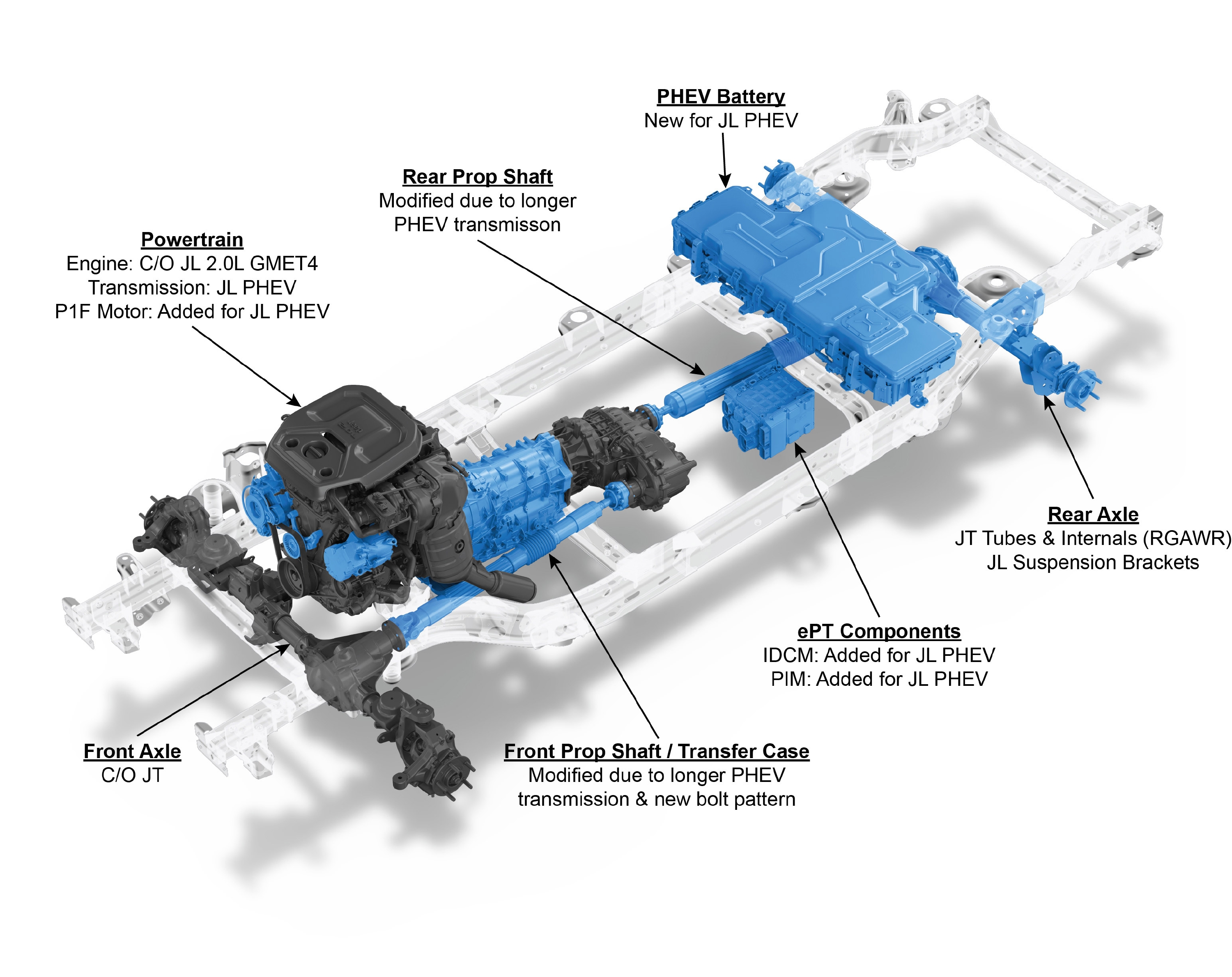 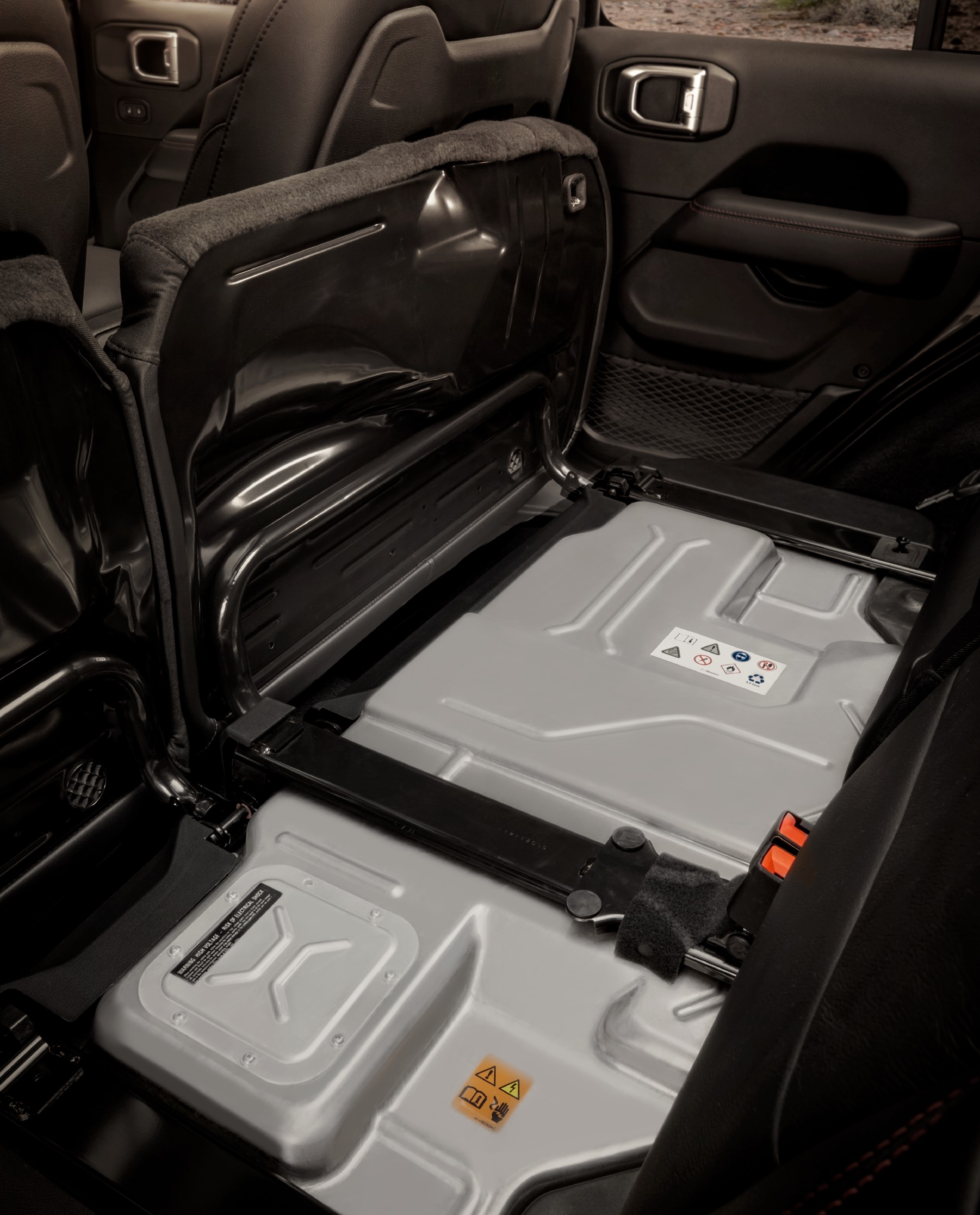 The bottom cushion flips forward for access to the battery.

Encased in an aluminum housing, the pack is fitted with a dedicated heating and cooling circuit to keep the battery at its optimum temperature. All high-voltage electronics, including the wiring between the battery pack and the electric motors, are sealed and waterproof.

“Our Jeep 4xe vehicles will be the most efficient, responsible and capable that the brand has ever created,” says Christian Meunier, FCA’s global president of Jeep brand. “We are committed to make Jeep the greenest SUV brand.”

The Wrangler isn’t the only Jeep getting an advanced plug-in hybrid drivetrain.

Jeep introduced 4xe versions of the smaller Renegade and Compass last year at the Geneva auto show, and those models began arriving in Europe this summer. 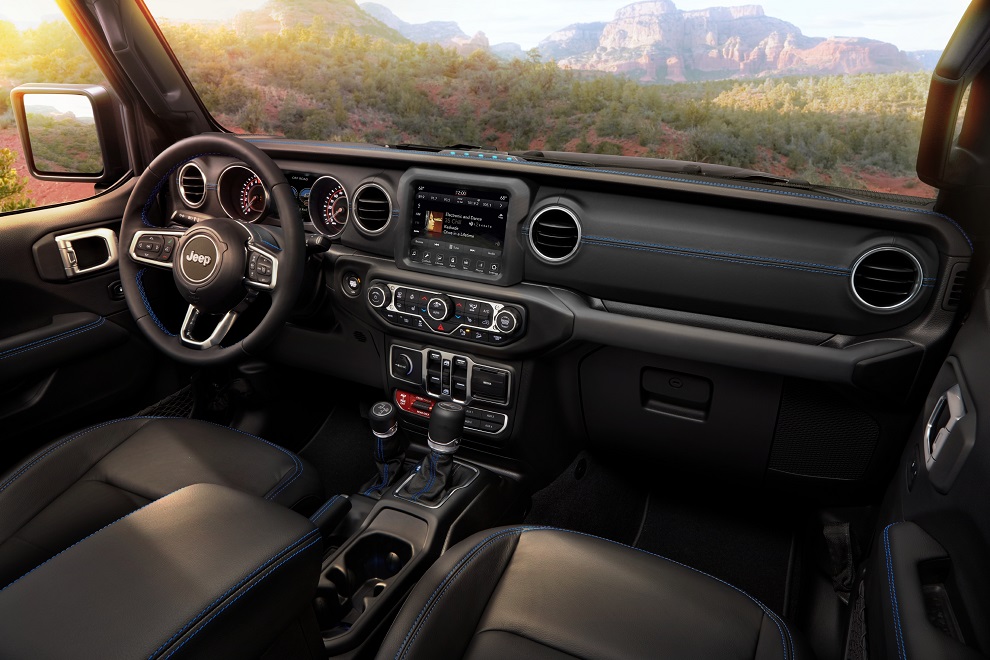