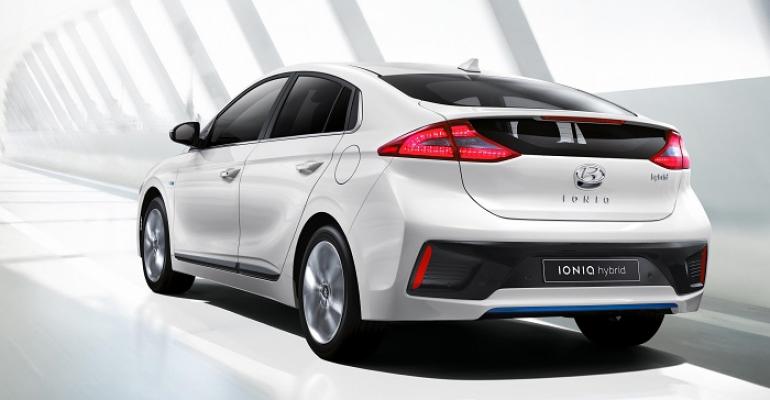 Any U.S. Hyundai dealer can take an order for the Ioniq, but not all will carry it in their showrooms.

However, he says the next-generation Elantra compact car in the first quarter, the Genesis G90 and Genesis brand launch in the second and third quarters, and the fourth-quarter debut of the all-new Ioniq electrified model lineup should propel Hyundai above projected industry growth of 1%.

Zuchowski says all three Ioniq variants, the hybrid, plug-in hybrid and all-electric vehicle, will be available in all 50 U.S. states, although every Hyundai dealer may not retail them due to charging-infrastructure investment.

“If a customer wants to order one, he will get it wherever he’s located,” Zuchowski says. “Some dealers may not carry them as a matter of course but we’ll work through that.”

The PHEV Ioniq will have a later introduction than the hybrid and EV, he adds.

Meanwhile, Zuchowski says Hyundai’s “your time, your place” test drives will continue for the G90.Hyundai introduced the scheme with the 2010 launch of the G90’s predecessor, the Equus.

Zuchowski earlier told WardsAuto Hyundai would not require its dealers to build standalone showrooms for the Genesis brand. The brand will separate the cars with signage and displays, similar to what it has been doing with the Equus, as well as the Genesis sedan and coupe.