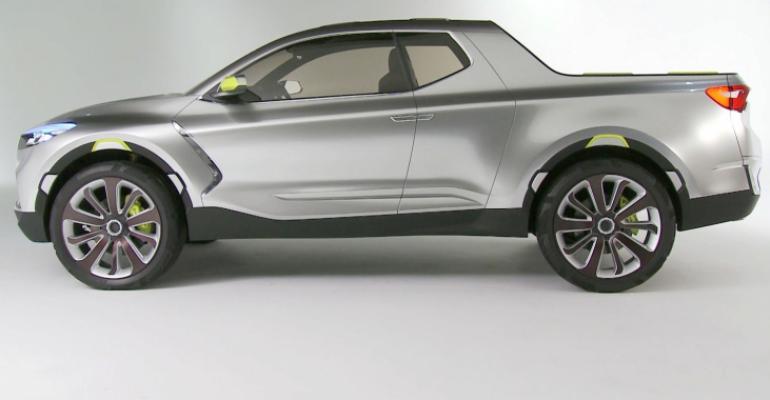 The U.S. sales and marketing arm of the Korean brand is putting more of its eggs in the commercial-fleet basket.

DETROIT – The 1.1% dip in Hyundai’s U.S. volume in 2018 was due to the brand’s pullback on selling vehicles to daily-rental fleets, as it tries to reduce its reliance on the controversial sales outlet.

So says Brian Smith, Hyundai Motor America’s chief operating officer, who offers the automaker had a 19%-20% fleet share in 2018 and wants to drop it down into the mid-teens.

“Overall fleet is still good, and we grew our commercial business by a lot, from 3,000-4,000 to 13,000 last year, so that made up for some of the decline in rental, but we’re trying to bring rental down to a healthy number,” he tells Wards during an interview here at the 2019 North American International Auto Show.

While selling vehicles into daily rental fleets can be good, consistent business for many automakers, daily-rental companies, because they buy in bulk, often pay less per vehicle than a retail customer. When vehicles that have been in daily rental fleets hit the used-car market, they usually are of higher mileage and priced below cars and light trucks purchased at retail, which can bring down a nameplate’s residual value.

Selling to daily-rental fleets also has been seen as a way for automakers to put off making tough decisions on killing nameplates, as some have used daily-rental sales as a way to keep assembly plant lines churning out vehicles falling out of favor with retail customers.

Smith doesn’t say where the bulk of daily-rental sales was lost, but the car side is a safe bet. Hyundai’s car lineup declined 15.1% last year, with its respective B-  and D-cars Accent and Sonata slipping from 2017.

Despite being in high demand among retail buyers, Smith says the Tucson C-segment CUV was a popular commercial-fleet vehicle for the brand in 2018.

“This year we’re adding a little bit of Kona and Santa Fe (CUVs to our commercial-fleet business), but Tucson’s a really popular fleet vehicle,” he says. “It’s also popular at retail, and that’s our challenge right now…to meet the commitments to some of the fleet companies and still not run short at dealers.”

Hyundai builds the Tucson for most markets at a plant in Ulsan, Korea, and since the current-generation model launched in 2015 HMA has been asking headquarters for more units.

“We want more Tucsons. It’s the heart of the market right now.”

Hyundai expects overall higher sales in 2019 than 2018 on the strength of its utility vehicles. It will get a full year of volume from its Kona small CUV and Santa Fe midsize CUV, launched in spring and summer 2018, respectively, and adds the new Palisade 3-row CUV to its U.S. lineup this summer.

With the Palisade, Hyundai hopes it will account for roughly 5% market share among 3-row CUVs on sales of roughly 25,000-30,000 units this year.

While he has believed each of the past few years would see a bottoming-out of car sales, Smith thinks the market has seen the worst of declines for sedans, coupes, wagons and hatchbacks. Wards Intelligence data shows cars’ share of U.S. light-vehicle sales fell from 36% in 2017 to 31% in 2018 as light trucks continue to lure most new-vehicle buyers.

“We’re not done with Sonata or Elantra,” he says. “We’re going to continue to improve those products…and we are going to gain market share (with others leaving).” That is a reference to Ford and General Motors, which are pulling out of most car segments in the U.S. in coming years.

Meanwhile, Smith says the closely watched Hyundai Santa Cruz unibody pickup is coming along, although it won’t be seen in production dress this year.

Hyundai debuted the Santa Cruz in concept form at the 2015 Detroit auto show and there were industry expectations it could arrive by 2019 instead of 2020.

“It’s going through a lot of reviews,” he says. “The one thing I’m most encouraged about, each time I see it with another change, is it still looks like the concept. It’s not submitting to a lot of changes.”

“They’re almost a tweener,” he says of the line the Ridgeline straddles between “real pickup” and something more fashionable. “(Santa Cruz) is much cooler and more youth-oriented (and) I think (is) going to create a new market.”

Hyundai Chief Designer Luc Donckerwalke told Autocar last month his team had finished styling the vehicle and it was working its way to market “as soon as possible.”