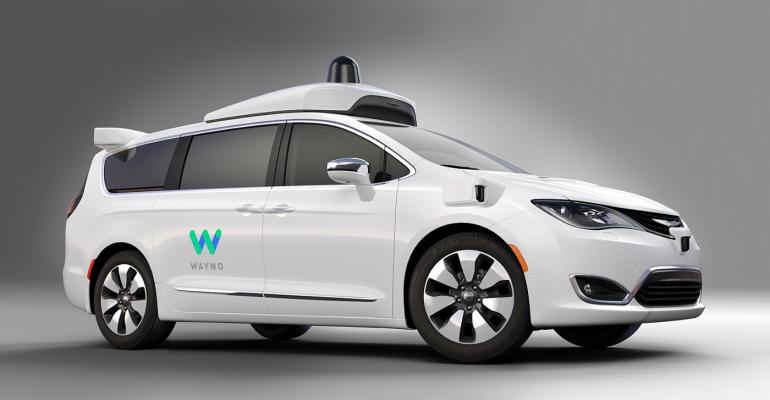 The cost of LiDAR systems used in autonomous vehicles has been reduced 90% from about $75,000, Krafcik says.

DETROIT – “The fact we are starting the new year with a conference on mobility and technology underscores the incredible shift that has taken place in the auto industry over the past 12 months,” says John Krafcik, CEO of Waymo, Google’s self-driving car project, during the kick off of the new AutoMobili-D conference during press preview days at the North American International Auto Show.

Indeed it does. It also shows the incredible shift that has taken place in Silicon Valley this past year as tech giants such as Google and Apple have decided it will be more lucrative to collaborate with traditional automakers on autonomous cars rather than building them on their own.

Two years ago, Silicon Valley executives and analysts would not have been caught dead at what still is known as the Detroit Auto Show. Now, they can be seen everywhere, starting with Krafcik announcing that about 100 fully autonomous Fiat Chrysler Pacifica minivans will begin testing in Arizona and California later this month.

But the real news of the day is Krafcik’s revealing that while Waymo does not intend to compete with traditional automakers in building and selling cars, it is planning to compete with automotive suppliers of self-driving hardware such as radar, LiDAR and vision systems.

That means it could end up going head-to-head with industry giants such as Continental, ZF and Bosch.

“Our self-driving hardware combined with this Waymo hardware suite is our most advanced self-driving system to date, and it is capable of full autonomy,” Krafcik says.

“With the integration of Waymo self-driving hardware and software, these hybrid Pacificas are the most advanced cars on the road," he says.

“An almost self-driving car simply won’t cut it,” he adds. “We’re thinking bigger than a single-use case, bigger than a particular vehicle, bigger than a single business model. What we are bringing to market is a self-driving technology platform. This integrated software and hardware platform will allow us to deliver products and services that make getting around safe and easy for everyone. Some of these we may do on our own, some we may work on with partners. And that’s why we have been focused so intensely on getting the technology right and working with great partners like FCA, Honda and others. We’re mastering the hardware and software to build a better driver for a fully self-driving car.”

The cost of LiDAR systems used in autonomous vehicles has been reduced 90% from about $75,000, Krafcik says. “As we scale we’ll take that cost down even further with the goal making this technology accessible to millions of people.”

However, it should be pointed out that Continental has just announced a new 3D LiDAR system offering 360-degree vision that also is dramatically less expensive.

Krafcik also says Waymo has developed two new types of LiDAR for close- and long-range use.

The three LiDAR units working together can create such high-resolution pictures that the vehicle can detect which way pedestrians are facing and anticipate which way they intend to move. The short-range LiDAR can see everything going around near the vehicle and even detect hand signals from bicyclists. The long-range LiDAR can see a football helmet from two football fields away, Krafcik says.

The Waymo-developed vision and radar systems also are superior in several areas to other systems available today, he says.