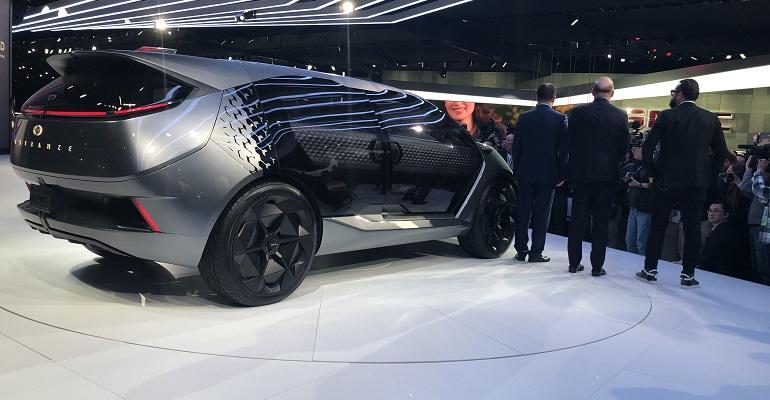 The Chinese automaker’s long-term plans are to go global. “Eventually, we hope to gain a foothold in the U.S. market and then expand to other regions around the world,” says GAC President Yu Jun.

DETROIT – The head of Chinese automaker GAC Motors says it is forging ahead but the U.S.-Chinese tariff dispute has delayed the company’s planned entry into the American market.

Expect to see GAC vehicles for sale in America in the first half of 2020, starting with its midsize GS 8 midsize CUV, and with more product to follow, says GAC President Yu Jun.

The automaker had planned to enter the world’s second-largest vehicle market (behind China, pop. 1.4 billion) this year.

“I cannot say there is no impact on our original plans,” Jun, says of the America-China trade quarrel’s effect on his company’s U.S. plans.

Because of the ongoing trade issues, “there were different views and discussions within the company as to the planned launch”, he says through an interpreter during a Q&A with journalists at the North American International Auto Show here. “We’re pressing ahead.”

GAC’s long-term plans are to go global, Jun says. “Eventually, we hope to gain a foothold in the U.S. market and then expand to other regions around the world.”

Although various Chinese automakers over the years have vowed to sell vehicles in the U.S., GAC seems the most determined to do so. It has established R&D and design centers in Los Angeles, Silicon Valley and Detroit.

“The centers allow us to further explore the American market,” says Jun, adding the project is “an uphill battle, but we’ve accumulated a lot of experience.”

This is the second year in a row the company has unveiled an electric concept CUV at the Detroit auto show. This time it’s the Entranze, seating 7 and sporting front and rear sliding doors. Last year, GAC unveiled the Enverge compact.

GAC also plans to return a second time to the annual National Automobile Dealers Assn. convention and expo on Jan. 25-27 in San Francisco.

Jun says it signed up dealers last year at the NADA event. Dealer reaction to GAC’s U.S. plans run the gamut, from enthusiasm to cautious optimism to doubt. “It seems farfetched,” opines one dealer who says GAC approached him.

Dignitaries brought on stage during the Entranze debut include NADA Chairman Wes Lutz and Rod Alberts, president of the Detroit Auto Dealers Assn.