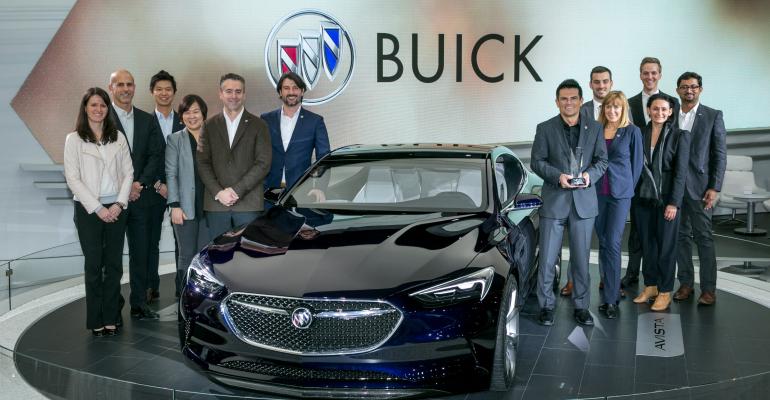 The Avista is not the first concept car to generate build-it-now buzz. In fact, it is not even the first from Buick in recent years to make such an impression.

DETROIT – Buick chief Duncan Aldred admits the General Motors brand may have backed itself into a corner with the Avista concept car.

Easily one of the North American International Auto Show’s most buzzworthy introductions, clamor already is rising for Buick to build the Avista. The pressure likely will only grow once a wider audience starts getting up-close and personal with the sexy little 2+2 coupe at future international shows such as Chicago, New York and Beijing.

“We didn’t bring it here with a view to build it,” warns Aldred, vice president-sales and marketing at Buick-GMC.

The idea, Aldred says, was to use the concept as a springboard for promoting Buick’s refreshed lineup, which sees three redesigned or all-new production cars added this year.

“It was important to remind people that three new models in one year is huge for any brand,” he says, before adding that the popularity of the car does make GM leadership think twice. “The reaction does make us go back and look at it on a global basis and ask what the business case (and) the benefit might be. It gives us serious thought.”

The Avista is not the first concept car to generate build-it-now buzz. In fact, it is not even the first from Buick to make such an impression. It comes exactly one year after the ultra-luxurious Avenir opened the Detroit show with a bang. Bits and pieces of that car now are in production with the redesigned ’17 Buick LaCrosse large sedan, due at U.S. and Chinese dealers this summer.

That’s usually the outcome for pie-in-the-sky concepts and it’s definitely a possible result for the Avista, mostly because the Regal sedan will need a redesign or replacement by 2018.

But the Avista is a slightly different animal. It is underpinned by an existing GM platform used by the Cadillac ATS and Chevrolet Camaro, so there are some economies of scale to lower the product development and manufacturing investment. GM is shifting to modular, global architectures in the coming years, too, which gives the concept car some flexibility in terms of segmentation.

As Aldred tell WardsAuto, “It’s not about the money.”

Buick’s portfolio also is pretty well laid out these days with three sedans and three CUVs, including the all-new Envision CUV and an all-new halo car in the Cascada. The ’17 Cascada convertible comes to market later this spring, but its lifespan is not expected to be lengthy so Buick would need another halo car soon. That might open the door for the Avista.

Clearly, there is room to ask what (options) there might be from a halo viewpoint,” Aldred says. “I’d like a replacement halo, just as we have with Cascada. (Avista) gets us to start looking at it on a global level. The reaction has been so good, I will look at it with my team and kick it around a bit.”

Buick did the same last year with the Avenir, which also won best concept car in Detroit from EyesOn Design. It was nixed because the LaCrosse was coming and the market was moving away from cars, evidenced by a 2.1% drop in U.S. sales on volume of 7.5 million units last year compared with a 12.7% surge in truck deliveries to 9.9 million.

CUVs were especially hot, up an industry-leading 17.6% to 5.2 million, according to WardsAuto data.

“The reason we chose not to pursue that, in the end, was that we had our flagship LaCrosse launching and where the segmentation of the industry was going. It wasn’t a big enough priority for us to build.”

The Avista could face the same sort of dilemma. “Avista would have to go in the place of something else,” Aldred says. “That’s when it gets tough.”