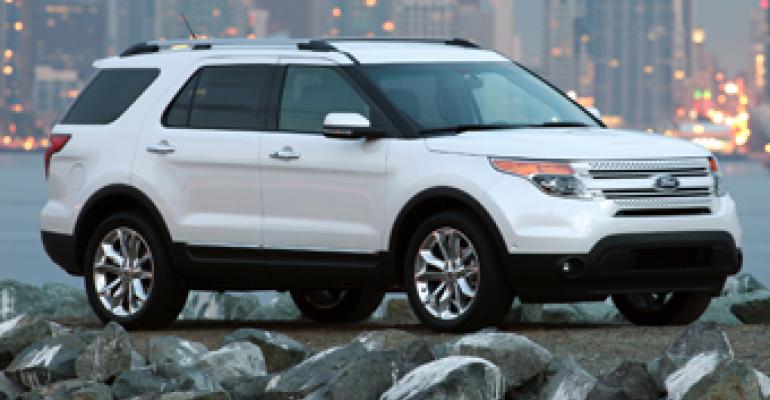 The intelligent car that can warn drivers of dangers ahead is less than 10 years away, a top engineer says. CHICAGO – Vehicles soon will use Wi-Fi and GPS to talk to one another to warn of potential problems, from a pending collision that endangers their safety to congestion ahead that hampers fuel economy, a top engineer says.

“It's about five to 10 years away,” says Ford Chief Technology Officer Paul Mascarenas, “and is a natural progression from the systems we have today that warn when a vehicle enters your blind spot, crosses the path behind when backing up, or slows down in the road ahead of you.”

Mascarenas says the intelligent car of the future will make highways safer by warning the driver when another car five vehicles ahead is braking and in danger of setting off a potential chain reaction collision.

It also will be on the alert for a vehicle that is about to run a red light as your car approaches an intersection and look out for oncoming vehicles when you pull out to pass an 18-wheeler on the highway.

“Cars will be so intelligent they'll even be able to locate a parking space for you before you even leave and reserve the space for you when you get there,” he says.

What won't intelligent cars be able to do?

“They won't be able to fly,” he says smiling, but after a brief pause as if to reconsider, adds, “yet the possibilities are endless. The goal is to make whatever technology we add to cars not be complex, but rather be meaningful, relevant and affordable.”

Mascarenas gives a demonstration of the current state of intelligent autos to the Midwest Automotive Media Assn. here.

Ford Explorer SUVs equipped with Wi-Fi and GPS roam a parking lot course where Ford Fiestas attempt to stop ahead of them, cross their path at speed or suddenly appear from behind a parked semi without warning. In all cases, the Explorer emits a series of loud beeps to give the driver ample warning and time to brake.

“The system is intuitive. There are no dials to turn or buttons to push. And for now, there is no vehicle intervention, either braking or slowing down on its own without the driver having to do it,” Mascarenas says, though such intervention could be added later.

While the intelligent car primarily is designed to make roads safer, he says that by warning of congestion ahead in time to reroute travel, motorists would save hours of needless time idling on highways and countless gallons of gas.

One potential problem, Mascarenas says, is consumer fear the government or law enforcement might use the system to monitor driving or keep tabs on where motorists are.

“There should be no fear of ‘Big Brotherism. There will be less information available in the cars than in the cell phones people carry with them. Information won't be stored or exchanged. The car won't tattle on you.”

All major auto makers are involved in a consortium to create intelligent cars, he says, because “it would do no good if Fords only talked to Fords and not to Toyotas as well.”

Chrysler was involved with the consortium when controlled by Daimler-Benz and is expected to rejoin now that it is part of Fiat.

Mascarenas says no price has been put on the intelligent-car system.