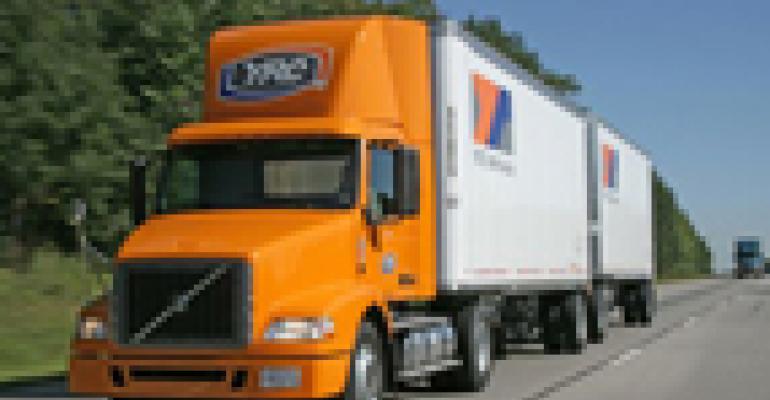 June marked the first time in nearly five years that every big-truck class in the U.S. was in positive sales territory – but just barely, according to Ward’s data.

Class 7 deliveries ticked up 0.3%, compared with like-2010, as total U.S-market medium- and heavy-duty truck deliveries rose 37.8%. Credit Ford with keeping the segment afloat as the Blue Oval saw its June sales more than double to 489 from year-ago’s 146.

Class 4 and Class 6 saw deliveries jump 12.5% and 18.9%, respectively, making June the first month since October 2006 that all U.S.-market big-truck segments were on the plus side of year-over-year monthly sales comparisons.

The 2006 spike preceded by three months a 3-year industry nosedive.

June’s delivery climb marked the U.S. market’s sixth consecutive month of year-over-year gains, but breaks a streak of two straight months when the industry set new 2011 benchmarks with increases of 61.9% and 31.2% in May and April, respectively.

The action was concentrated in Class 8, where four brands – Kenworth, Peterbilt, Mack and Volvo – saw June sales that were more than double like-2010 totals. Volume-leader Freightliner recorded a 38.3% gain on 3,824 deliveries.

International’s 10.1% jump was the poorest performance, but the brand shone brightly in Class 5 where its 676 truck sales were more than five times like-2010’s 102. Volume-leader Ford chalked up 2,009 deliveries in June for a 24.9% hike from year-ago.

Class 6 results were driven by Ford and Kenworth. The Blue Oval’s 902-unit sales count and the PACCAR brand’s 79 were just over twice their respective year-ago totals.

Shortfalls recorded by General Motors and International softened the segment’s results. GM saw its sales plummet 93.9% to 10 deliveries, while International booked just 96 sales for a 66.3% decline from like-2010.

Medium-duty deliveries for the month totaled 12,819, 20% higher than year-ago, but slightly off the segment’s full-year pace.

Through June, medium-duty sales were tracking 21.4% ahead of like-2010, while total big-truck deliveries were in the black by 33.2%.

In other big-truck news: Hino’s complete line of Class 4, Class 5 cab-over and conventional Class 6 and 7 trucks powered by the company’s J-Series engines now are approved to run on B20 biodiesel, beginning with model-year ’11.

The approval also extends to Hino's diesel-electric hybrid cab-over, due to enter the market in late fall.

“It is our strong commitment to design and assemble trucks that are at the forefront of environmental friendliness and that help to reduce our overall dependency on foreign oils,” Glenn Ellis, vice president-marketing and dealer operations, says in a statement.

Hino trucks built prior to ’11 are approved to use B5 biodiesel.

BorgWarner unveils its Visctronic fan drives for Freightliner Cascadia trucks powered by DD13 and DD15 engines. The fan drives operate only as-needed and at “the appropriate speed,” to conserve engine power and fuel.