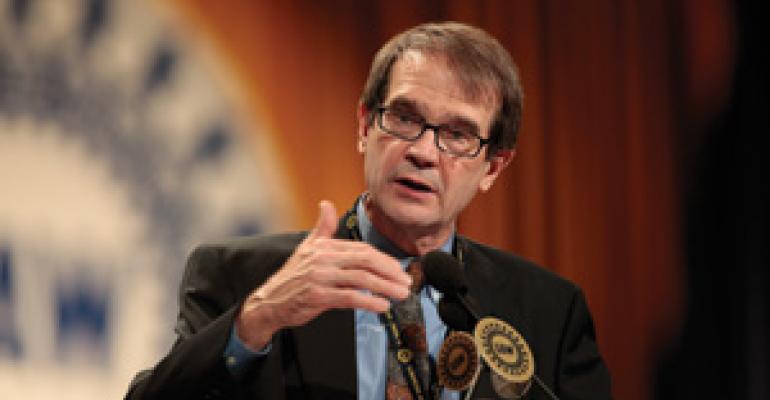 The union wins ensure the U.S. retains the crown of top North American producer. So far this year, the U.S. has accounted for 5.4 million vehicles. DETROIT – The United Auto Workers union wins some $2.5 billion of investment in U.S. plants, work originally planned for Mexico, as part of a new tentative agreement with General Motors.

The investments, which include restarting an idled Spring Hill, TN, assembly plant and confirms closing a facility in Shreveport, LA, adds or retains some 6,400 union jobs at GM.

UAW and GM negotiators reached a tentative deal late Friday, five days after the previous contract expired. This week, the proposal heads to the union’s 48,500 members for ratification.

“The reason they should vote for this agreement is because we got people additional jobs and our plants are stable now,” UAW Vice President and GM Dept. chief Joe Ashton tells journalists during an event here detailing the 4-year pact.

The commitments from GM come on the heels of some $4.6 billion the auto maker already has earmarked for U.S. facilities since emerging from bankruptcy two years ago. The investments have created 11,800 jobs so far.

The labor agreement also calls for new medical benefits and wage increases, such as unlimited $25 doctor visits for member families and a hike in entry-level pay, from $17 to $19 an hour.

“All things that will satisfy our members,” Ashton says.

Elements of the agreement call for GM’s idled Spring Hill, TN, assembly plant to receive two midsize-vehicle programs portending a $419 million investment creating 1,700 jobs. No timetable is given for the product launches.

A metal casting plant in Saginaw, MI, wins $215 million and 255 jobs for a next-generation engine program.

The four factories will receive work originally destined for Mexico, the UAW says.

The union wins ensure the U.S. retains the crown of top North American producer. So far this year, the U.S. has accounted for 5.4 million vehicles, according to WardAuto data. Mexico runs second at 1.7 million builds year-to-date, and Canada places third at 1.4 million.

In addition, the auto maker’s Wentzville, MO, assembly plant, which builds fullsize vans, gets an additional shift and production of a new midsize-pickup truck. The investment totals $380 million and creates 1,850 jobs.

The contract also confirms next-generation, fullsize-pickup production in Fort Wayne, IN, and announces a compact car for a yet-to-be-determined assembly location worth $150 million and 500 jobs.

The new agreement also seals the fate of GM’s Shreveport midsize-pickup factory and does not reopen the auto maker’s idled SUV facility in Janesville, WI. That facility stays on standby status, with tooling remaining onsite allowing it to quickly fire up if needed.

UAW negotiators entered the contract talks earlier this summer hoping to preserve Shreveport. GM announced months ago the plant would close in 2012. As part of the auto maker’s bankruptcy, the factory was grouped with assets intended for liquidation.

“We met about Shreveport until the last minute,” Ashton says. “That is the saddest part of this agreement, seeing a plant close. (They) deserve better.”

UAW President Bob King declines to comment on how negotiations to win a long-sought seat on GM’s board of directors panned out. It does not appear the union was successful.

“It’s an important issue to us long-term,” he says.

King also says the union within two days will select its next target for negotiations, either Ford or Chrysler, and that it will approach those auto makers with a general framework for bargaining.