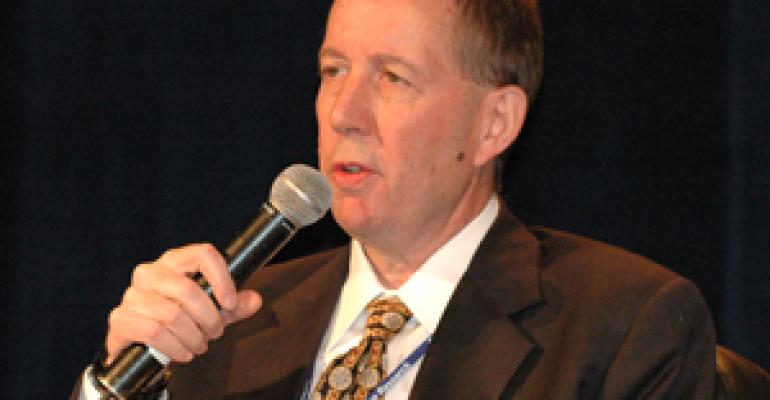 &ldquo;Today, absolutely no one on either side can explain the current profit-sharing formula,&rdquo; says former Chrysler CEO Tom LaSorda. It’s no surprise that profit-sharing is a focus of this year’s contract talks between the United Auto Workers union and Detroit auto makers, says a former OEM CEO.

Tom LaSorda, who led Chrysler from 2005 to 2007 and served as company president for two additional years, tells WardsAuto he expects variable-pay programs will occupy much of the discussion.

UAW President Bob King confirms as much at an Aug. 29 news conference following his address to the Detroit Economic Club.

Though LaSorda is out of the loop of the current bargaining round, he has a finely tuned sense of the bargaining process. In addition to his experience at Chrysler, he grew up in a staunch UAW household. His father was president of a large UAW local in their native Canada.

What facets of profit-sharing likely are under the microscope?

“For it to work, it must be simplified so everyone knows how the bonuses will be paid,” LaSorda says. “The shop-floor employees should have the same formula used to pay senior executives. Today, absolutely no one on either side can explain the current profit-sharing formula.”

King is cagey when asked if the existing plan, which saw $5,000 checks distributed to Ford workers this year, would benefit from streamlining. “All profit-sharing programs should be clear and transparent,” he says.

King confirms compensation plans featuring both wage hikes and profit-sharing are on the bargaining table. But with the 2009 bankruptcies at Chrysler and General Motors still visible in the industry’s rear-view mirror, he is “concerned about (their) fixed costs.”

“I don't care who you are, but you ought to be (judged) based on quality performance, on sales performance, on product performance,” Reuss told journalists earlier this month on the sidelines of the Center for Automotive Research’s Management Briefing Seminars in Traverse City, MI.

Also high on King’s radar is the lower-tier entry-level wage structure to which the UAW agreed when Chrysler and GM were restructuring. Ford also won the concession in deference to the union’s longstanding practice of pattern bargaining.

The deal allows Detroit auto makers to pay new hires at a rate roughly equivalent to $30,000 a year, compared with the about $58,000 routinely pulled down by tenured employees. That disparity threatens the well-being of the U.S. middle class and, by extension, the entire nation’s economy, King maintains.

The downward pressure on wages also comes at a time when workers, in line with the vision espoused by Reuss, are buying into shop-floor processes designed to boost product quality.

These processes, such as Chrysler’s Fiat-inspired World-Class Manufacturing, give workers a greater say in how vehicles and components are built – something the UAW has championed for decades as it sought to assist the companies that employ its members.

“I think that giving workers more responsibility is a good idea. Period,” says Bloom, who is scheduled to leave his post as the president’s manufacturing advisor this week.

“And if doing that allows the workers to be more productive, then over time they’re going to be able to be paid better,” he adds. “Exactly what is the right wage? There will, obviously, be some give-and-take.

“But the enabler of high wages is high productivity and profitability. And that’s what the companies are driving for. Sharing gain is a whole lot more fun than sharing pain. We have the possibility of talking about that stuff, now.”

The balance sheets of all three Detroit auto makers boast more black ink than red, a claim they weren’t able to make just a few years ago.

Though still “upbeat” about negotiations, King offers no insights when asked about the prospects of an early settlement. “Nobody knows,” he says.