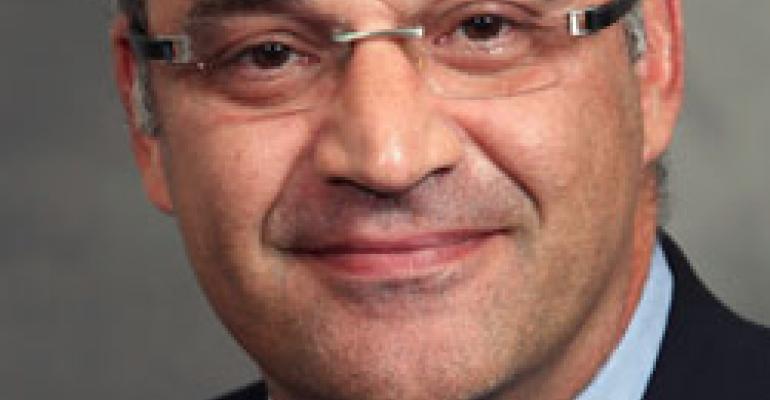 Paul Copses sees his objective as &#8220;making sure the right attitudes are in place and making sure we&#8217;re executing at the field level and at the dealer level. No rocket science.&#8221; Paul Copses, who was appointed earlier this week to the newly created position of U.S. vice president-customer experience at General Motors, says he plans to put power in the hands of people who deal with the auto maker’s customers every day.

“That’s how you get fast,” Copses tells WardsAuto in a telephone interview today.

Copses, who holds a degree in finance from the University of Toronto, is a veteran of GM’s customer service and aftersales operations around the world. He starts his new job Oct. 1. He will report to GM North America President Mark Reuss, who has made revamping the auto maker’s customer service imperative.

GM is pressing its dealers to invest millions of dollars in showroom improvements, a process expected to be completed by year’s end. It also has enrolled its field staff and certain retail employees in training classes taught by customer-service experts.

Cadillac, for example, follows the teachings of luxury-hotelier Ritz Carlton, while Chevrolet emulates the processes of family-resort giant Disney.

Reuss told attendees at the annual Management Briefing Seminars in Traverse City last month that he wants the auto makers’ field staff to focus on customers, instead of “simply getting dealers to consent to buying more and more vehicles.”

“We’re going to treat people right,” he said at the time, vowing GM would become an industry leader in the space.

Copses thinks GM has the products to attract buyers and that a renewed focus on customer-service will keep them as customers.

He sees his objective as “making sure the right attitudes are in place and making sure we’re executing at the field level and at the dealer level. No rocket science.”

Copses considers GM’s reversal this week of plans to have its OnStar telematics unit continue tracking the vehicles of owners who have cancelled their subscriptions to the service an example of the auto maker’s new sensitivity to customers.

The move came after GM customers and lawmakers roundly criticized the idea, calling it an invasion of privacy. OnStar has about 6 million subscribers providing the auto maker with mountains of valuable data on vehicle location and diagnostics.

OnStar walks a fine line with the information, which is highly confidential. However, the data used to generate services such as personalized monthly vehicle status reports for car owners and crash notification make it a popular feature and key selling point for GM vehicles.

But GM also wanted to sell some of the OnStar information to third parties, keeping owner identities anonymous, although it would have allowed owners to deny GM further access to the information after cancelling the service.

Now the OnStar connection only will be turned on if subscribers choose to participate in a future data pull.

“It’s a key differentiator,” Copses says of OnStar, with which he will continue to work closely. “We respect the privacy of information, and it is a well-guarded process within General Motors. (Customers’) information is safe with us, and we will always give them a choice.

“The ultimate demonstration is, because of the concerns that were raised, we have in some ways retracted and tried to alleviate those concerns.”

At the same time, GM considers itself responsible to inform owners about the condition of their vehicles, he says. In the future, the auto maker hopes to use OnStar to create a “repository, or digital wallet if you will, of how to care for their car. I see that as a next great pursuit.”

Copses also says retaining millions of Pontiac and Saturn owners left without dealerships when GM killed the brands with its 2009 bankruptcy remains a key focus.

GM has established a network of alternative dealers for those owners to obtain authorized service. It also has reached out with special deals on routine maintenance items, such as oil changes, to keep them in the fold.

“I’m pleasantly pleased,” Copses says. “It’s always tough to keep a customer base, but we have worked very, very closely with Buick-GMC to make sure they reach out and embrace the Pontiac customer. I think the response has been tremendous.”

At Saturn, which pinned its business on customer-oriented policies such as no-haggle pricing, retention efforts have succeeded because many of the brand’s dealership employees transferred to another GM store.

“It’s all about people, and we’ve retained a lot of them and it’s made a huge difference,” he says.

Copses will focus his efforts on the U.S., providing regular updates directly to GM Chairman and CEO Dan Akerson, even though GM’s European operation is fighting to keep Opel buyers as it restructures its business. He says his participation in the customer-service objectives in other regions will be limited to information exchanges.

“I had a conversation last night with our European and international operations, but only to make sure we stay close,” says Copses, whose 28-year tenure with GM includes stops in Canada, the Middle East, Latin America and Europe.

“Right now, our focus is on the U.S. market,” he adds. “I don’t see this as a blueprint we’ll necessarily roll out in markets around the world.”