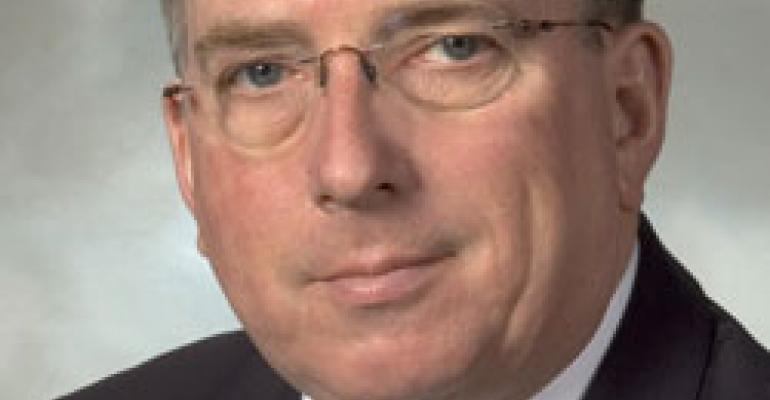 The auto maker reports a 3Q pretax profit of $1.9 billion, but a $111 million year-over-year decline. Ford CEO Alan Mulally is not overly concerned about the precipitous drop the auto maker took in Consumer Reports magazine’s annual reliability survey released yesterday, in which the company fell to a No.20 ranking from the No.10 spot last year.

Much of the drop can be pegged on recurring problems surrounding the auto maker’s MyFord Touch infotainment system, which consumers have deemed too confusing to operate efficiently.

“It reflects the situation we identified a year ago, so there’s no new news there; it’s just the cycle that Consumer Reports releases their assessment,” Mulally says today in a conference call with analysts and journalists to announce Ford’s third-quarter financial results.

The executive says MyFord Touch currently is undergoing improvements, as is the 6-speed transmission found in the Focus C-car and other new products. The transmission, tuned for fuel efficiency, has been criticized for abrupt shifting.

“We take all of that seriously, and most (of the problems are) associated with software,” Mulally adds.”We’ve identified fixes and are incorporating them. We’re (going to be) moving back up and delivering on our brand promise on quality going forward.”

The Consumer Reports rankings had no effect on Ford’s Q3 results. The auto maker reported a pretax profit of $1.9 billion, its ninth consecutive quarter in the black, but a $111 million year-over-year decline.

Profits were hampered by a number of conditions, including losses incurred by commodity hedging. Key automotive commodities, including copper and aluminum, dropped in price unexpectedly in September, causing Ford to record a non-cash loss.

“So when we had a price drop in the last two weeks in September, we have to market those hedges for the loss,” he says. “But if the prices stay at the same level as the end of Q3, we’d have written off the effect of the hedges and will see benefits of lower commodity costs coming in over the next 12-18 months.”

The key North America market was a strong point in the quarter for Ford, which posted a pretax profit of $1.6 billion there, essentially unchanged from year-ago. Revenue was $18 billion, up $1.8 billion from like-2010.

Booth says Ford’s home market is “motoring along at the moment” and that profits incurred in North America are allowing the auto maker to continue its ambitious global growth projects.

Those include new facilities being built in the Asia/Pacific region, including China and Thailand, as well as a new joint venture with Russian auto maker Sollers.

Ford’s Asia/Pacific and Africa unit reported a pretax operating loss of $43 million for the third quarter, compared with $30 million in profit prior-year.

The Asia/Pacific results were impacted by a slowdown in China, as the central government tries to rein in uncontrolled growth.

Despite the downturn, Mulally says developments in China are positive. “As they manage inflation and economic growth, the rate of growth is more sustainable going forward and we have products to support that.”

Ford also experienced setbacks because of recent heavy flooding in Thailand. Booth says the auto maker’s facilities are not affected, but many of its key suppliers are, resulting in a temporary shutdown at its assembly plant and the loss of 17,000 units.

“We expect to lose 30,000 units before production resumes,” he says. “We’re working with suppliers and looking at the potential impact outside of Asia/Pacific and Africa.”

Ford says it expects the region to be a major profit contributor long term. In the interim, it is forecast to be profitable on an annual basis, although profits could be hindered by large upfront investments to support growth.

In South America, Ford reports a pretax profit of $276 million, up from $241 million year-ago. Most countries in the region performed well with the exception of Brazil, where the auto maker’s share declined.

Ford’s European operation continued to be battered in Q3, as sovereign-debt issues and overall economic malaise continue to plague the region. The auto maker reports a pretax operating loss of $306 million, compared with a loss of $196 million year-ago.

Booth says Ford expects Europe to be profitable for full-year 2011, but the auto maker is being cautious because the economic outlook remains cloudy.

“Despite pressures on consumers, we’re not seeing total demand dropping, but there is a pressure on margins as (competitors) try to support their volume projections,” he says. “There are more incentives and a shift from retail to fleet, which is lower-margin.”

Solidly profitable and with credit ratings on the rise, Booth says Ford will begin paying dividends to shareholders sooner than later.

“When we do start dividends, expect us to do so relatively cautiously,” he says. “Once we start, it’s key to have a sustainable level of dividends.”

Mulally Says Q2 Profit to Have No Bearing on UAW Negotiations
Jul 26, 2011