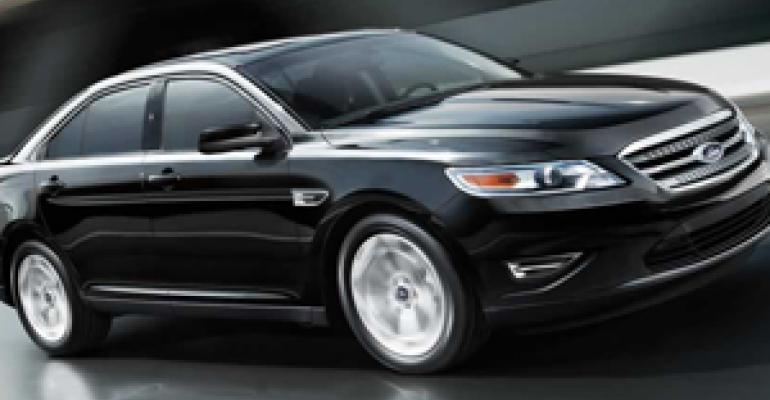 The hard-to-get Focus and poor-performing Taurus largely are to blame for the auto maker&#8217;s anemic car mix in September. Ford last month resembled the Blue Oval of old, as just 28.9% of the auto maker’s 172,040 deliveries were cars, the lowest percentage since July 2005, according to WardsAuto data.

The auto maker historically has been stronger in trucks, but its reliance on the segment has dwindled under CEO Alan Mulally’s plan to make headway in the car market.

Ken Czubay, vice president-U.S. marketing, sales and service, says much of the 8.6% year-over-year drop in car volume last month is due to the hard-to-find Ford Focus.

Focus inventories have been running lean, as Ford has been struggling to fill the pipeline following a launch earlier this year that was hampered by parts shortages.

Czubay says better days are ahead for Focus, which posted a 24.1% drop in September.

“At the end of the month, we ended up in good shape (with Focus inventories) and are expecting a terrific Focus month in October,” he says in a conference call today with reporters and analysts.

Focus wasn’t the only culprit in Ford’s poor car-sales results. The Taurus fullsize sedan turned in a dreadful performance, with deliveries plummeting 38.3% to 4,305 units.

The Taurus currently ranks third behind the Dodge Charger and Chrysler 300 in the Large Regular segment, as defined by WardsAuto. The segment through September was down 38.3%.

Merkle says the Taurus should receive a boost following the recent discontinuation of the Crown Victoria fullsize sedan, although that model almost entirely was relegated to fleet sales.

“We’ve stopped production of Crown Victoria and we’re going to focus on the Taurus as our large car going forward,” he says.

Other poor-performing cars were the Fusion Hybrid and Mustang, which posted declines of 67.0% and 12.3%, respectively.

The light-truck side saw sales increase 18.1%. Explorer SUV demand skyrocketed 203.5% to 11,336 units, with some of that success coming at the expense of the Taurus, Czubay says.

“A lot of our customers are coming in looking at Taurus, and when they see the capability of the Explorer, they’re switching to that,” he says. “It has the seating capacity, fuel economy and capability.”

Another hot-selling truck in September was the Ranger, which saw deliveries soar 87.5% to 7,154. The small pickup is finishing up its model run, with production to be discontinued later this year when Ford’s Twin Cities, MN, plant will be shuttered.

Ford’s fleet mix for September was 28% of sales, with daily rentals accounting for 9%.