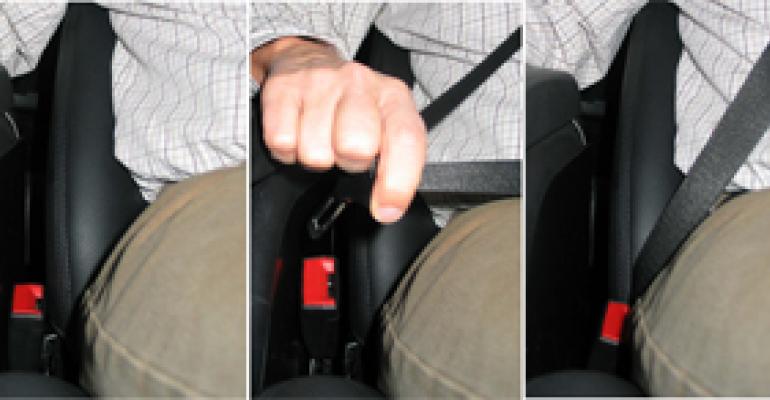 While TRW shops advanced safety technologies to auto makers, much of the industry continues seeking ways for drivers to remain connected behind the wheel.

KASTELLAUN, Germany – TRW Automotive finds itself in an awkward position as its auto maker customers contemplate ways to let consumers access the Internet, email and vast entertainment options while driving.

TRW is a $14.4 billion supplier dedicated to airbags, seatbelts, brakes and other safety technologies, which is precisely why the Livonia, MI-based company takes a dim view of drivers who use cell phones or send text messages while they are behind the wheel.

So even though many of its customers are trying to develop safe ways for drivers to stay connected, a top executive at TRW says he’d rather see the industry discouraging these driver behaviors altogether because they are proven to cause accidents.

“Our intention is to keep all these things outside the car, at least on our side,” Alois Seewald, TRW’s global director-research and development, tells WardsAuto during a media event dedicated to safety technologies at the supplier’s test track here.

Instead, Seewald supports automatic emergency braking, lane-departure warning and other technologies designed to “take stress away from the driver in today’s traffic situations and not overload him with emails and all these things. These are some kind of poison for the driver. This will not help.”

While many suppliers are developing their own methods of offering consumers various means of staying connected while driving, Seewald says TRW will not be one of them.

“TRW stands for safety. We don’t (produce) mobile phones; we don’t make things for distraction. This is not our business. For us, it should be the intention to add as much safety to our products as possible.”

The European Union agrees with this goal. Fatal car accidents in Europe fell from 59,000 in 1995 to 34,000 in 2009. The EU’s target is to cut that figure in half, and it is working on mandates for a number of safety technologies, including electronic stability control, a TRW staple, for all new vehicles in 2013.

Other safety enhancements demonstrated on a dozen test vehicles here include the latest-generation ESC, adaptive cruise control, short-range radar, blind-spot detection, wheel-mounted direct tire-pressure monitoring and lane-keeping assistance, as well as a future brake-by-wire system that does its job without a conventional brake booster or vacuum pump.

“You can’t expect if you have all these features you will never have an accident,” Seewald says.

“This would be a wrong expectation.

“The point is, if you are distracted by doing something in the car, or if the kids in the backseat are noisy, you are not so focused on the traffic. These (TRW) technologies can help you by bringing your attention back to the driving situation so you are really focused on this.”

With distracted driving posing a real threat to traffic safety, many governments in Europe, including Germany, have outlawed talking on cell phones and texting while driving.

Seewald agrees with stiff penalties for violators and attended the Enhanced Safety of Vehicles Conference in Washington in June.

One suggestion at the conference was to electronically scramble all signals for cell phones in cars, rendering them useless while in motion. “There was a big debate over this at the conference, but it’s part of the discussion,” he says.

“If you are making a call while driving, it is dangerous because the thoughts of the driver are somewhere but not in this traffic situation.”

One of the technologies demonstrated on a Volkswagen Passat CC prototype is automatic emergency braking, which uses radar and video sensors to identify an obstacle a distracted or drowsy driver might not see.

During a test drive, the system works as advertised. While headed straight for a padded obstacle at 25 mph (40 km/h), and taking no evasive maneuvers or attempting to slow the vehicle, the system intervenes at the last second and applies full brake force.

“If you are thinking about something and you don’t see cars ahead stopping, the car will do it automatically for you, so you avoid this accident,” Seewald says.

Advancements with these new technologies bring the auto industry closer to the era of autonomous or semi-autonomous driving. While these systems still require many years of development, Seewald believes they have merit.