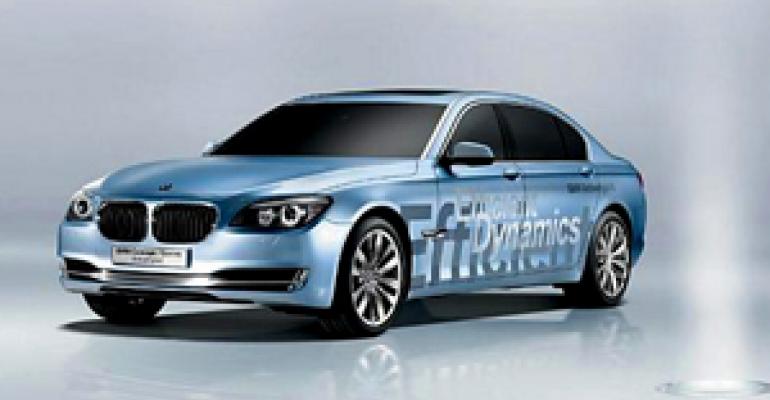 JCI went to court in May to dissolve its partnership with Saft to make EV batteries. &#8220;The JV has not and cannot succeed because its scope is too limited,&#8221; says JCI Power Solutions President Alex Molinaroli. PARIS – The electric vehicle is coming, but slower than expected, according to several major players, driving battery makers toward emerging stop/start technology, instead.

“This will be nascent for a long period of time,” he says.

In France, Renault has delayed construction of an EV battery plant originally planned for next year. The auto maker says it can be supplied adequately from Japanese and Korean suppliers. The implication is that the planned capacity of 250,000 batteries at Flins won’t be needed at the original schedule of 2014.

The Boston Consulting Group recently revised downward its prediction for EV penetration in 2020. A year ago, it foresaw 7% for EVs and range extenders. Now, even though it has added plug-in hybrids to its EV category, it has reduced its prediction to 6%.

The consultants say oil prices won’t be as high in 2020 as the $180 a barrel they earlier expected, and auto makers are improving their internal-combustion engines at a lower cost than the group thought, thus raising the competition for EVs.

Stop/start systems, which requires special batteries that can handle the multiple discharges and recharges, are a major low-cost improvement for regular powertrains, and their rapidly growing popularity has JCI investing big in their future.

The company says it will spend $420 million by 2015 to expand capacity from about 3.5 million units now to 18 million advanced glass mat lead-acid batteries in 2015, when the market demand will be about 40 million.

In Europe, 70% of new cars will use the system in 2015, says Eric Mitchell, general manager for JCI in Europe, the Middle East and Africa. A unit of the French government is proposing stop/start be mandatory because it can save 20%-25% of fuel in dense city driving.

Stop/start is challenging the economics of EVs, says MaryAnn Wright, CEO of Johnson Controls-Saft. Although industry revenues for Li-Ion batteries even at low volumes could be $40 billion in 2020, she adds.

Indeed, JCI went to court in Delaware in May to dissolve the 2005 partnership with Saft. “The joint venture has not and cannot succeed because its scope is too limited,” says Molinaroli in a recent presentation to analysts.

Both JCI and Saft have said contracts to customers will be honored no matter what happens, but the fact that such a problem has emerged among the industry leader indicates a problem.

However, Molinaroli says the current demand for automotive Li-Ion batteries is not enough to achieve the proper scale. To succeed, JC-Saft needs to be able to sell them to industrial markets, such as those specializing in storing energy made by windmills.

However, Saft has rejected the idea because it already sells to that market.

A second issue for JCI is the way the JV is set up. Other technology suppliers don’t want to work with the company because they would be giving away their intellectual property due to a contract that allows JC-Saft’s IP to transfer back its parent companies.

Molinaroli says Saft has been a good partner, implying the legal effort to dissolve the partnership is a negotiating tactic.

Indeed, Saft President John Searle has told his own investment analysts that while it is fighting JCI in court, “there is always the possibility of negotiating in parallel to the judicial process. I hope that the two partners can find a compromise.”

The delay of the much-publicized French battery factory, for which Renault found a partner in the French atomic energy commission, continues to go unexplained.

“We are not communicating on the subject,” the Renault spokesman says. Nissan, Renault’s alliance partner, has battery plants under construction in Portugal and Britain that it says are on schedule.

Even in France, where EVs have government support, there is a clear understanding of the importance of internal-combustion engines and growing government questions.

In June, Michel Armand, a scientist for the CNRS national center for scientific research, wrote that Li-Ion batteries would be dangerous, with a probability of failure of one in 10,000.

Also in June, the French government’s Center for Strategic Analysis reported the disadvantages of EVs would be compensated only by a lower price, and given the costs of batteries that is unlikely to happen “in the coming years.”

If the goal is to reduce dependence on petroleum, say the analysts, “we have to pursue the improvement of internal-combustion engines, for which the margin of improvement is significant: a reduction of 50% compared to 2007 is reasonably possible.”

The BCG report says a 40% improvement in ICE efficiency is possible for an additional cost of about $2,000, half as much as it thought two years ago. Hybrids, in comparison, will carry a premium of $5,000 and EVs $10,000.

The consultants say the need for EVs is minimal this decade, but that auto makers will need such technology to meet expected environmental requirements after 2035.