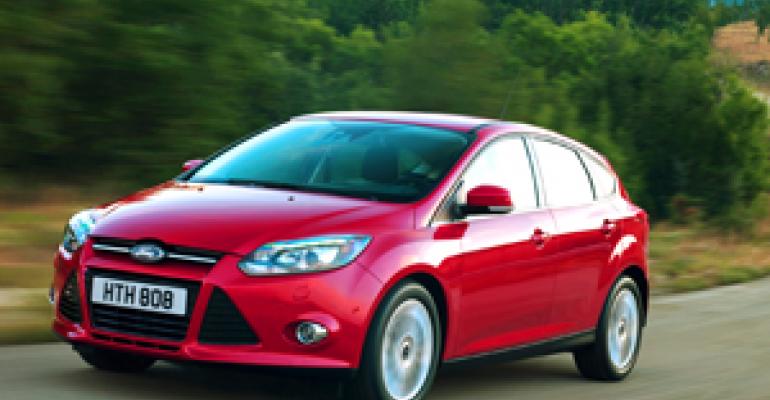 Adaptive Cruise Comes to Focus, May Reach Other Low-Cost Vehicles

According to Delphi research, 6,000 of the 33,000 traffic-related fatalities in the U.S. last year could have been avoided had radar-based systems been installed on vehicles involved. There’s a good chance Ford’s quest for technological leadership will lead it to make adaptive cruise control available across its global vehicle lineup.

Electronically scanning radar, a key enabler of adaptive cruise control, recently debuted as an option on the Ford Focus in Europe, and supplier Delphi says the move positions the auto maker as the first to “extend the benefits of (its) ESR to a broader market.”

While the technology is not new, it mostly has been relegated to higher-cost vehicles. Introducing the system to a C-segment vehicle such as the Focus is a sign of things to come, says Mike Thoeny, global engineering director-electronic controls for Delphi Electronics & Safety.

“I think you’re really going to see the market take off as the technology becomes less expensive as volumes increase,” he tells Ward’s.

Since Delphi launched its first ESR system in 1999, the cost of the technology has come down some tenfold, he says.

The system utilized on the European Focus automatically keeps the car at a predetermined distance from the vehicle ahead and will notify the driver and pre-charge the brakes, if a collision is considered imminent.

It is slightly less expensive than similar systems Delphi sells to high-end customers such as Jaguar Land Rover, he says, noting the Ford setup uses only one long-beam radar compared with the twin-beam configuration employed on pricier vehicles.

“It’s a lower-cost version, but has same level of accuracy,” Thoeny says, noting the more expensive device enables the vehicle to stop automatically, unlike the Focus system.

However, a similar system already is offered on the Taurus fullsize sedan in North America, and the auto maker’s “One Ford” strategy emphasizes component sharing across its global lineup.

The adaptive cruise control isn’t available on the U.S.-market Focus, at least for now. Hall says while the North American Focus is nearly identical to its European counterpart, it’s considered an “upscale” family sedan in Europe and a “compact, affordable” car on this side of the Atlantic.

“So there will be some equipment differences to accommodate what the target customer is looking for and will value,” he tells Ward’s. “But we’re still working on migrating some technologies globally, and there will probably be instances of technology, such as this, migrating the opposite way due to the fact that those technologies were first introduced in those markets.”

Thoeny says he foresees a day when such radar-based safety systems are as commonplace as airbags, which he says have “plateaued” in their ability to drive down fatality rates.

According to Delphi research, 6,000 of the 33,000 traffic-related fatalities in the U.S. last year could have been avoided had radar-based systems been installed on the vehicles involved.

Ford spokesman Alan Hall declines to reveal specific plans for a rollout beyond the European Focus.

Insurance companies are taking notice of the benefits provided by such systems, Thoeny says.

“In Europe, the insurance industry is offering incentives for consumers to buy these technologies,” he says. “And here in the U.S., there’s a lot of data being collected and studies to prove accidents can be prevented.”

Other steps toward the widespread implementation of such systems have already begun, Thoeny adds, pointing out the National Highway Traffic Safety Admin. is factoring in availability of ESR in determining its New Car Assessment Program safety ratings for ’11 models.