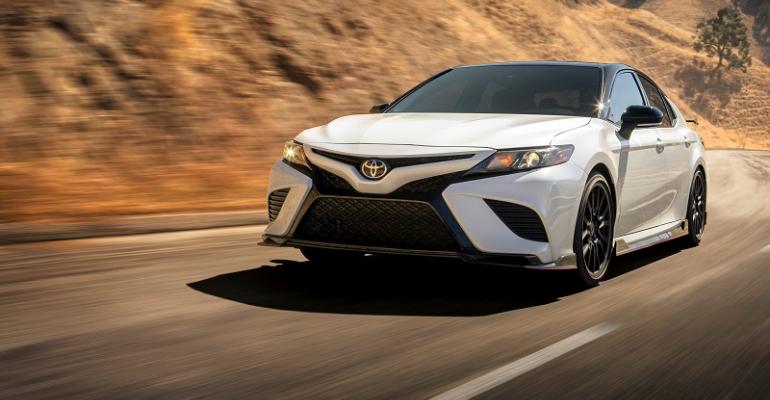 “We’re feeling very good, where the economy is,” Carter says Tuesday at the AutoForum here hosted by J.D. Power and the National Automobile Dealers Assn. in conjunction with the New York auto show.

“Interest rates, which slowed us down a bit last year, have stabilized. We’re still (forecasting) at 16.8 million” U.S. light-vehicle sales in 2019, Carter says. “But I’m not going to be too surprised if it eases into 17.0 (million) or more this year.”

Carter shares the AutoForum stage in a fireside-chat format with Peter Welch, president and CEO of NADA. Not surprisingly, Welch and Carter both decry proposed tariffs on imported autos and auto parts.

The Toyota Camry is one of the industry’s highest U.S.-content vehicles, Carter says. Even so, it has about 28% imported content, he says, adding: “If you expose that 28% to a 25% tariff…a Camry would go up instantaneously about $1,800. The average vehicle would go up $4,000.”

The Trump Admin. has until May 18 to decide how to react to a U.S. Department of Commerce investigation into whether imported autos and auto parts constitute a threat to U.S. national security.

Carter and Welch also agree the “tipping point” for fully electric vehicles and autonomous vehicles to catch on in the mass market is still a long way off.