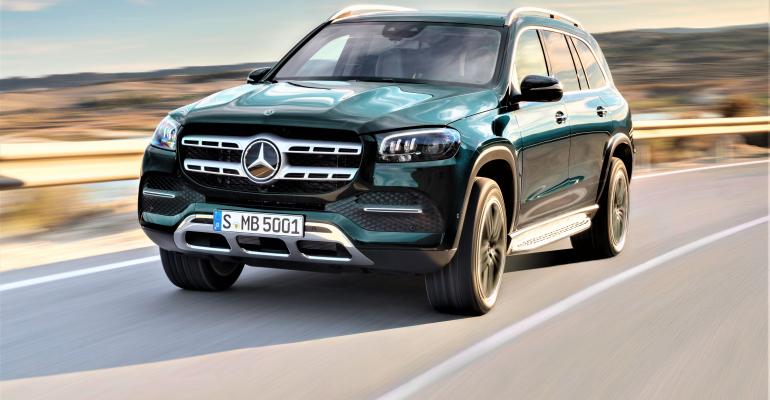 The latest GLS won’t see U.S. deliveries until the year’s fourth quarter, but the German automaker is already extolling its advances, including a new 482-hp gasoline-electric mild-hybrid drivetrain in an initial range-topping GLS 580 4Matic model.

Mercedes-Benz says the third-generation GLS has been re-engineered from the ground up to provide it with greater levels of accommodation, refinement and fuel efficiency than both its 7-year-old predecessor and key premium-brand SUV rivals such as the new BMW X7, Range Rover and Cadillac Escalade.

Along with the standard 7-seat model unveiled Wednesday at the New York auto show, Mercedes-Benz also will produce a luxurious Maybach-badged variant aimed directly at the Bentley Bentayga in the upper echelons of the SUV market.

The latest GLS won’t see U.S. deliveries until the year’s fourth quarter, but the German automaker is already extolling its advances, including a new 482-hp gasoline-electric mild-hybrid drivetrain in an initial range-topping GLS580 4Matic model.

Styled similarly to the GLE alongside which it is produced at Mercedes-Benz’s Tuscaloosa, AL, plant, the new GLS is less boxy than the second-generation model it replaces.

The new exterior design retains the upright stance that has been a defining figure of Mercedes-Benz’s flagship SUV since the first-generation model’s introduction in 2006.

The third-generation GLS is based on Mercedes-Benz’s MHA (Modular High Architecture) platform also used by the recently launched fourth-generation GLE. The MHA platform is related to the MRA (Modular Rear Architecture) platform underpinning the C-Class, E-Class and S-Class. However, several unique engineering measures provide it with the high ground clearance conceived expressly for the German automaker’s high-end SUV models.

The interior of the GLS (below, left) also has been thoroughly redesigned. As with the new GLE, it adopts two 12.3-in. (31-cm) digital displays for the instruments and infotainment system, a multifunction steering wheel and a touchpad within the center console which replaces the rotary dial of the outgoing GLS.

The infotainment system is combined with Mercedes-Benz’s MBUX interface that supports touchscreen control as well as conversational speech information-gathering via the Mercedes Me app.

The GLS also adopts the latest generation of Mercedes-Benz’s driving-assistance system, including Active Tailback Assist which recognizes tailbacks early on via real-time navigation updates and reduces speed to 60 mph (97 km/h) as a precaution. Once in the tailback, the new SUV can autonomously remain in the driver’s chosen lane and maintain a safe distance from the car ahead at speeds up to 37 mph (60 km/h).

Mercedes-Benz says the GLS is considerably more spacious than the outgoing second-generation model. The wheelbase is increased 2.4 ins. (61 mm) at 123.4 ins. (3,134 mm), providing the second row of seats with 3.4 ins. (86 mm) more legroom when they are set all the way back on adjustable runners. All three seat rows have power adjustments, with the third seat row able to be stowed within the floor of the cargo compartment to provide a flat loading floor.

Nominal cargo capacity is yet to be revealed, though Mercedes-Benz says its new flagship SUV boasts maximum load space of up to 84.8 cu-ft. (2,145 L).

Two gasoline models initially will underpin sales of the new GLS in North America. One, the GLS 580, runs a new 48V mild-hybrid drivetrain. It combines Mercedes-Benz’s twin-turbocharged 4.0L V-8 with an electric integrated starter motor, delivering 482 hp and 516 lb.-ft. (700 Nm) of torque with an additional 22 hp and 147 lb.-ft. (199 Nm) available for a brief period under acceleration. 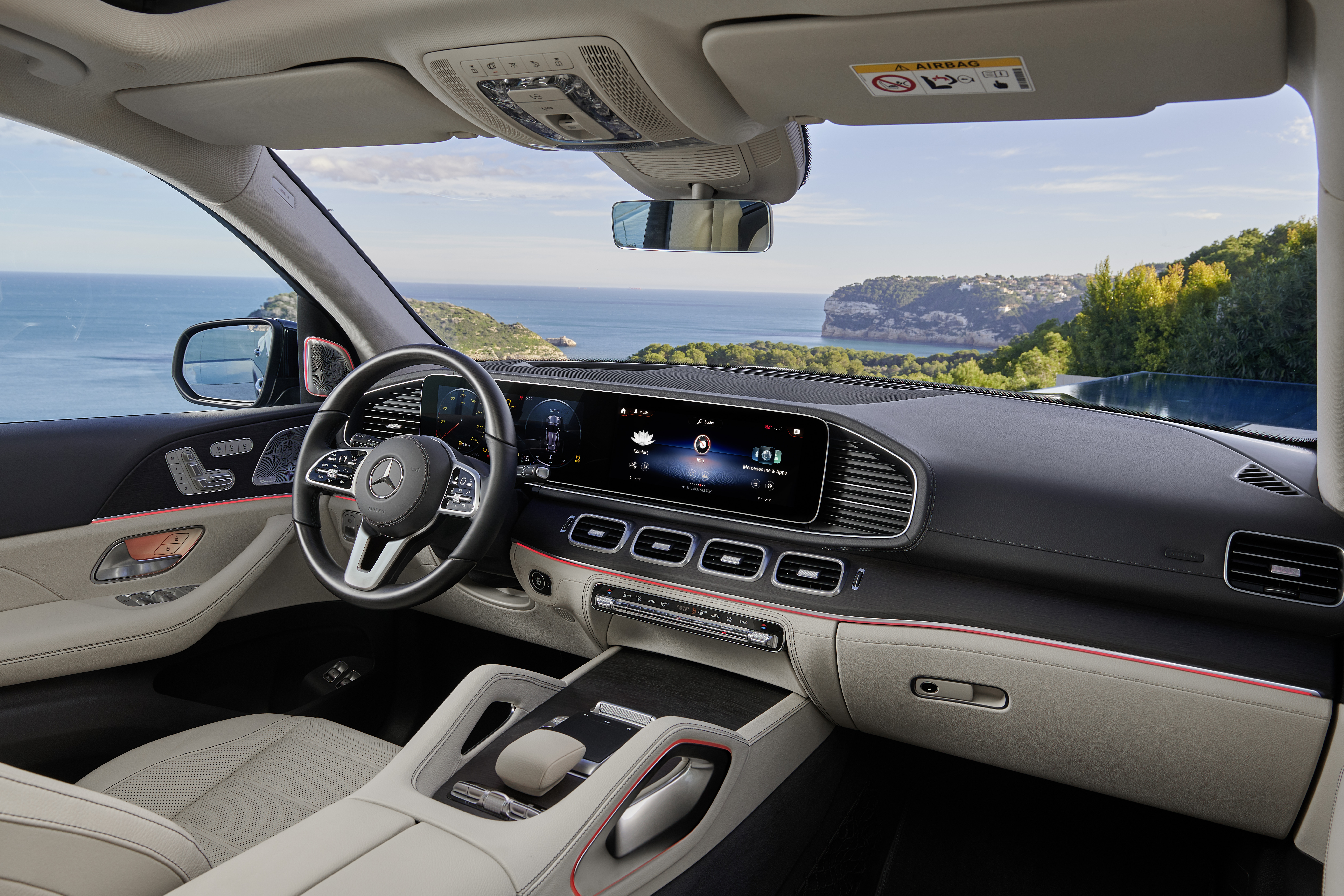 Also planned is a more affordable GLS 450 engine, also with a 48V mild-hybrid drivetrain. It uses a turbocharged 3.0L inline gasoline 6-cyl. and electric integrated starter motor. Together, they make 362 hp and 369 lb.-ft. (500 Nm) of torque with an additional 22 hp and 184 lb.-ft. (250 Nm) available under acceleration.

All power units are combined with a standard 9-speed torque-converter-equipped automatic gearbox and the latest evolution of Mercedes-Benz’s all-wheel-drive 4Matic system with fully variable apportioning of power between the front and rear axles. Also available as part of an off-road package is a transfer case with low-range gearing for added off-road ability.