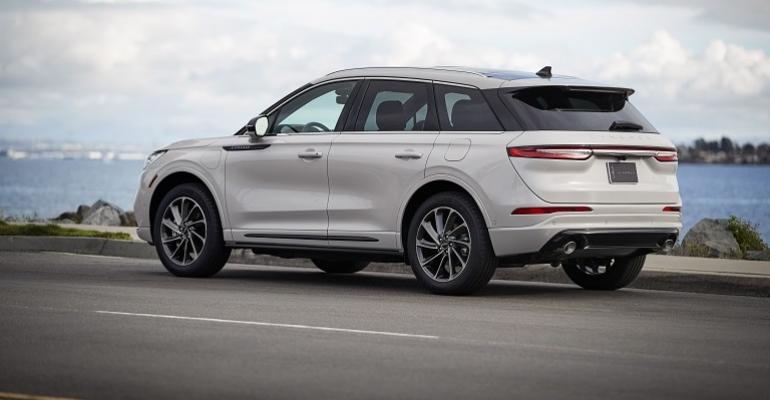 NEW YORK – American automotive consumers largely shun compact cars, but they are taking a shine to small CUVs, says the head of Lincoln at the unveiling of the Ford luxury brand’s all-new compact ’20 Corsair.

Debuting at the New York International Auto Show, it replaces the MKC in more than name only.

“It’s built from the ground up,” says Lincoln President Joy Falotico. “Corsair’s addition to the portfolio means Lincoln now has a full family of SUVs to exceed the needs of our luxury clients.”

While the midsize premium utility vehicle is the largest of the segment, the Coresair will play in the fastest growing, she tells Wards. Luxury small CUV sales were 137,442 units in 2018, up 21.7% from the year before, according to Wards Intelligence.

Lincoln strives to set the Corsair apart from competitors, particularly German brands that emphasize power and performance in their utility vehicles, he says.

Instead of that, Lincoln aimed its efforts at creating a sculpted exterior look and a quiet cabin that serves as a “sanctuary,” says David Woodhouse,  Lincoln’s design director. (Dance served as an inspiration of the Corsair design.)

“Germans emphasize powertrain performance, but we’re on the quiet side,” says Jraiche. He calls buyers of the German competitors “alpha dogs,” adding, “We’ll take them too. But we are targeting a certain customer base that is looking for something else.”

The smallest Lincoln utility vehicle is “a dramatic translation,” Woodhouse says of the vehicle that goes on sale in the fall. “We did that deliberately to draw in young clients to Lincoln.”

The Corsair takes style cues from two Lincoln SUVs – the full-size Navigator and three-row Aviator – but with more flair, the brand says. Exterior design elements include contoured lines on the sides and a fast-falling roof line.

Some people may think today’s vehicle designing is all done digitally, but that’s not the case with the Corsair.

“Human hands worked to develop those sculpted S-curves and sides, all of which play off light and movement,” Woodhouse says. “It is virtually sculpture in motion, a vehicle definitely meant to seduce.” (Digital designing was done too.)

To help bring interior hushness, a dual-wall dashboard in the engine compartment provides an added barrier between occupants and the engine. An air gap acts to keep vibrations out of the cabin, says Jraiche. “We did extra work to keep noise out of the cabin.”

He also touts the vehicle’s technology that includes pre-collision assist with automatic emergency braking, pedestrian detection, evasive-steer assist to prevent oversteering in an emergency manuveur and an all-wheel drive system that kicks in when needed during tricky road conditions. Otherwise it’s a front-wheel-drive vehicle.

Offering engines that are both turbocharged “is something our competitors haven’t thought of, Jraiche says.

The Corsair has a Lincoln-first rear integral bush suspension designed to directly absorb impacts that would otherwise be felt in the cabin.

A feature called Phone As A Key will allow drivers to use their smartphones to, among other things, unlock doors, start the engine, lower or raise windows and open the trunk.

“The idea of not having to carry a key fob is very interesting to many people, especially young clients,” says Megan McKenzie, Lincoln’s SUV marketing manager.

Lincoln’s sales efforts for the Corsair will focus mainly on the U.S. and China, “one of the fastest-growing SUV markets,” Falotico says.Lincoln will build the vehicle in Louisville, KY, and China.

In a Wards Q&A, Falotico talks about whom Lincoln expects will buy its latest CUV, the meaning of its name and why it was chosen, the potential for an electric version and more.

Wards: Who is the target customer?

Falotico: Two groups of people, really. You have younger people, maybe new families, moving up from a mass-market brand. This is their first entry into the luxury market. Then you have empty nesters and Boomers who are getting away from a bigger vehicle, but still want roominess.

Wards: Despite its relative smallness, was there an attempt to make it feel bigger inside?

Falotico: Absolutely. This is bigger than the MKC it replaces. We did that intentionally to give it the look we wanted, but also to give it roominess in the second row and cargo space. 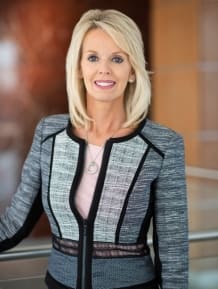 Wards: What about dropping the MKC rename and replacing it with Corsair?  (Joy Falotico, left)

Falotico: We decided a few years ago it is more consistent with our DNA of being warm and human to actually have names vs. letters and numbers. Corsair is a Latin-derived French word for “journey” or “course,” like a course you are taking in life. Corsair is a fitting name.

Falotico: We think so. We have one in every segment, two in the medium premium utility with the Aviator 3-row and Nautilus 2-row. And of course, we have our large Navigator. So, yes, those vehicles cover the segment in a way that allows us to achieve the volume we are looking for.

Wards: We shouldn’t be expecting a fifth then?

Falotico: We might look at derivatives and things like that in the future. And we are looking at electrification. We’ll have more to say about it later, but we are going to electrify this vehicle and we will be looking at an all-electric vehicle that might be a sport utility.