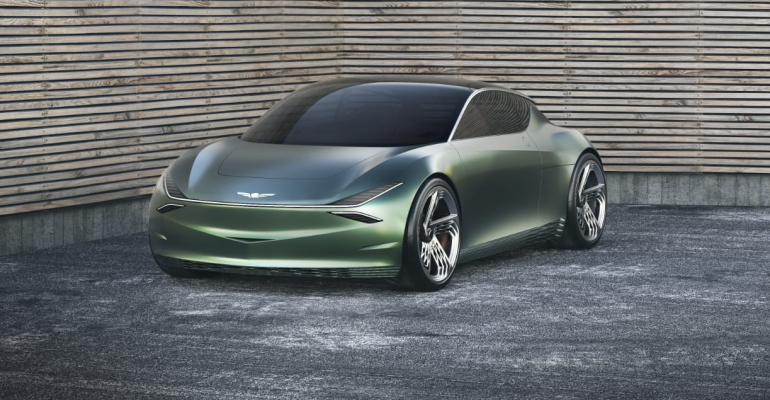 “Innovative UX” can be found inside the all-electric coupe, including seven screens mounted on or around the steering wheel.

The 2-seat Mint, a hint of Genesis’ promised first EV slated to arrive in 2022, is a city car featuring “innovative digital UX,” Genesis says in a release provided to media ahead of tonight’s reveal.

The Hyundai-owned brand says the Mint’s center console, with a central control knob, can be folded to transform the floating front bench seat into a settee. The instrument panel and bench seat automatically swivel to make entering and exiting the vehicle easier.

The steering wheel has an oblong shape and to its left and right are three small, round screens trimmed in copper. A seventh screen, wide and rectangular, is mounted flush in the wheel and displays “primary vehicle information.” 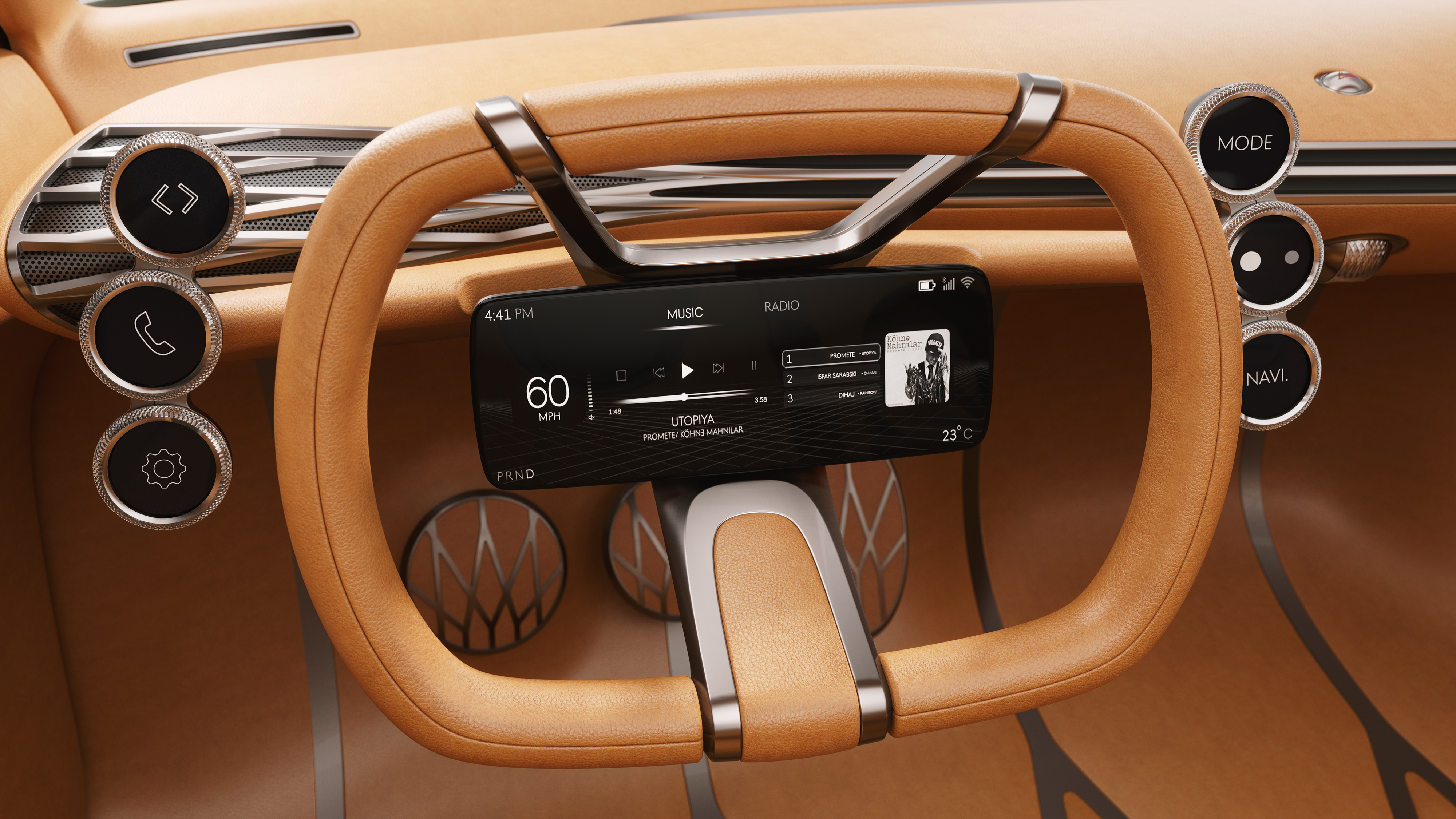 Cognac leather, lightweight textiles and mullion-free windows help achieve an open look, Genesis says. In photos, a decorative webbed pattern, dubbed G-Matrix, can be seen on the vehicle’s floor, as well as on what appear to be its accelerator and brake pedals.

There is no trunk, but a parcel shelf that is accessed by scissor-style side openings. 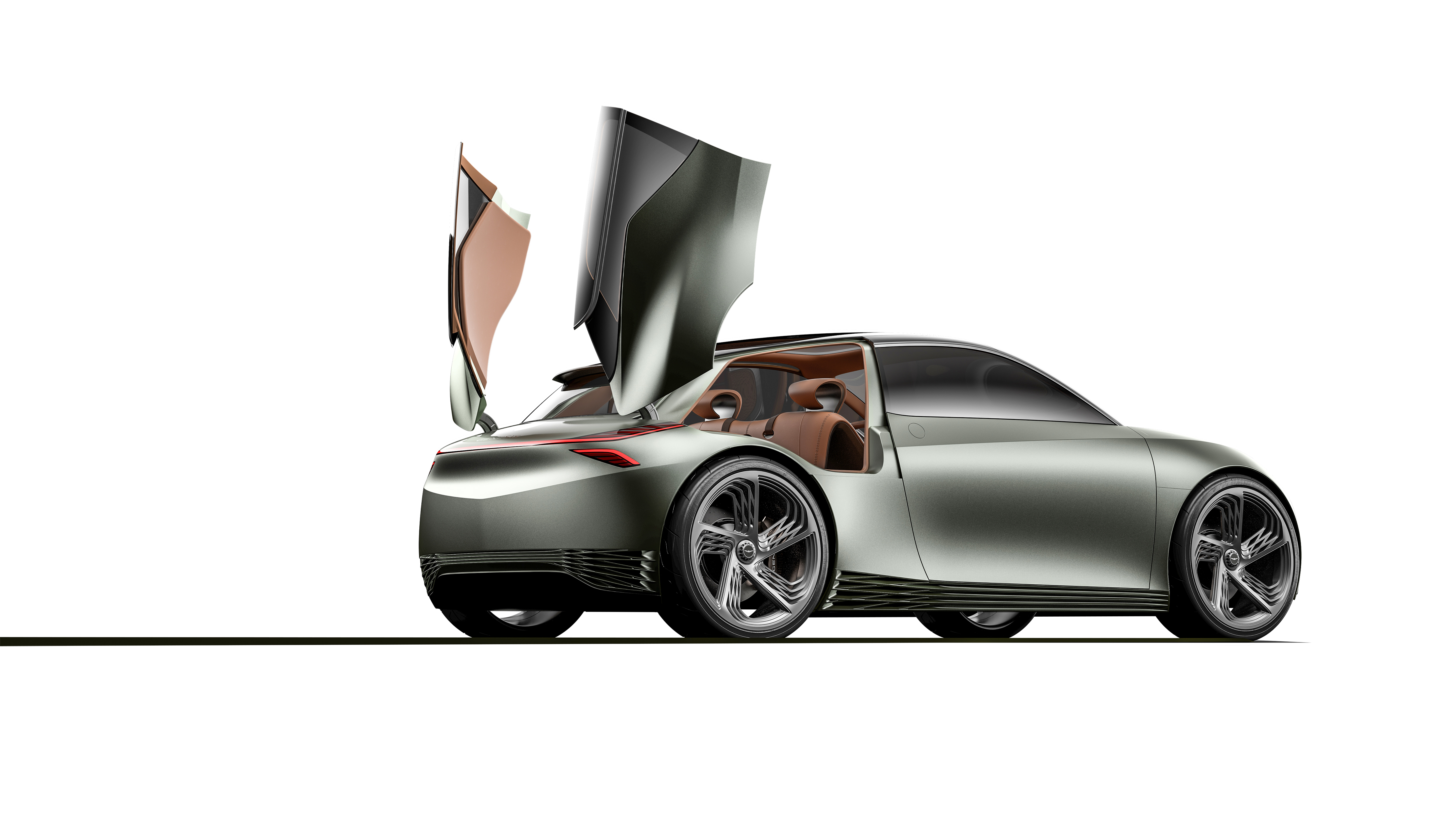 The Mint concept was designed in collaboration with Genesis studios in Germany, the U.S. and South Korea.

Its battery pack in theory can provide an estimated 200 miles (322 km) of range when fully charged and is capable of ultra-fast charging via a 350-kW Level 3 charger.