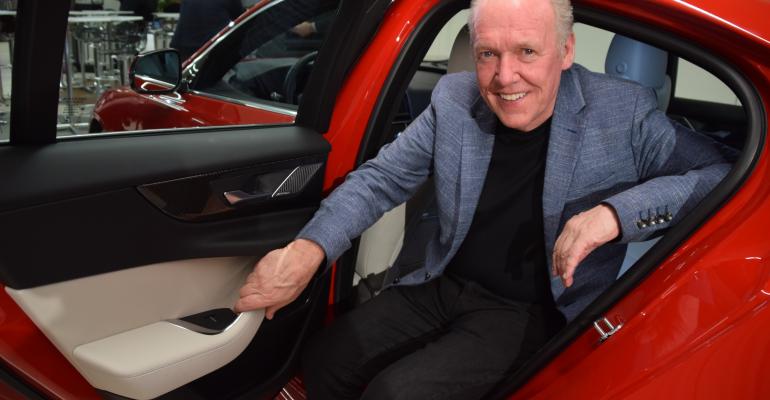 “In the previous XE, we had too many exposed hard plastics in the car. And we got heavily criticized for it.” Jag Design Director Ian Callum says.

NEW YORK – The refreshed ’20 Jaguar XE sport sedan, available in the U.S. early this summer, gets a significantly upgraded interior that benefits from a strategy fundamentally focused on top-grade materials – such as real wood and metal trim – and no visible hard plastic, anywhere.

That’s the mission of Jaguar Design Director Ian Callum, who knows how difficult it is for any automobile at any price point to be built without interior plastics.

“Cars are full of plastics – half the car is plastic,” Callum tells Wards after discussing the new XE at a Jaguar Land Rover party here on the eve of the New York auto show.

In the new XE, Callum is proud to say there isn’t an inch of exposed hard plastic, from carpet to headliner, because it’s all covered with leather or a synthetic material, as well as varying amounts of foam depending on proximity to occupants.

“I’m talking about the tactile feel of them,” Callum says. “It’s the sense of luxury and tactile feel. In the previous XE, we had too many exposed hard plastics in the car. And we got heavily criticized for it.”

An inspection of the second-row driver-side door confirms the new XE (pictured, lower left) features soft, satin-finish material – some of it leather – from the upper door trim near the window to the bottom of the door. The armrest logically is the softest, with the most foam.

“All these finishes here, they’re all trimmed,” Callum says, running his fingers along the door armrest. “We have to work hard at this to make sure we’ve got enough foam so it is comfortable.” 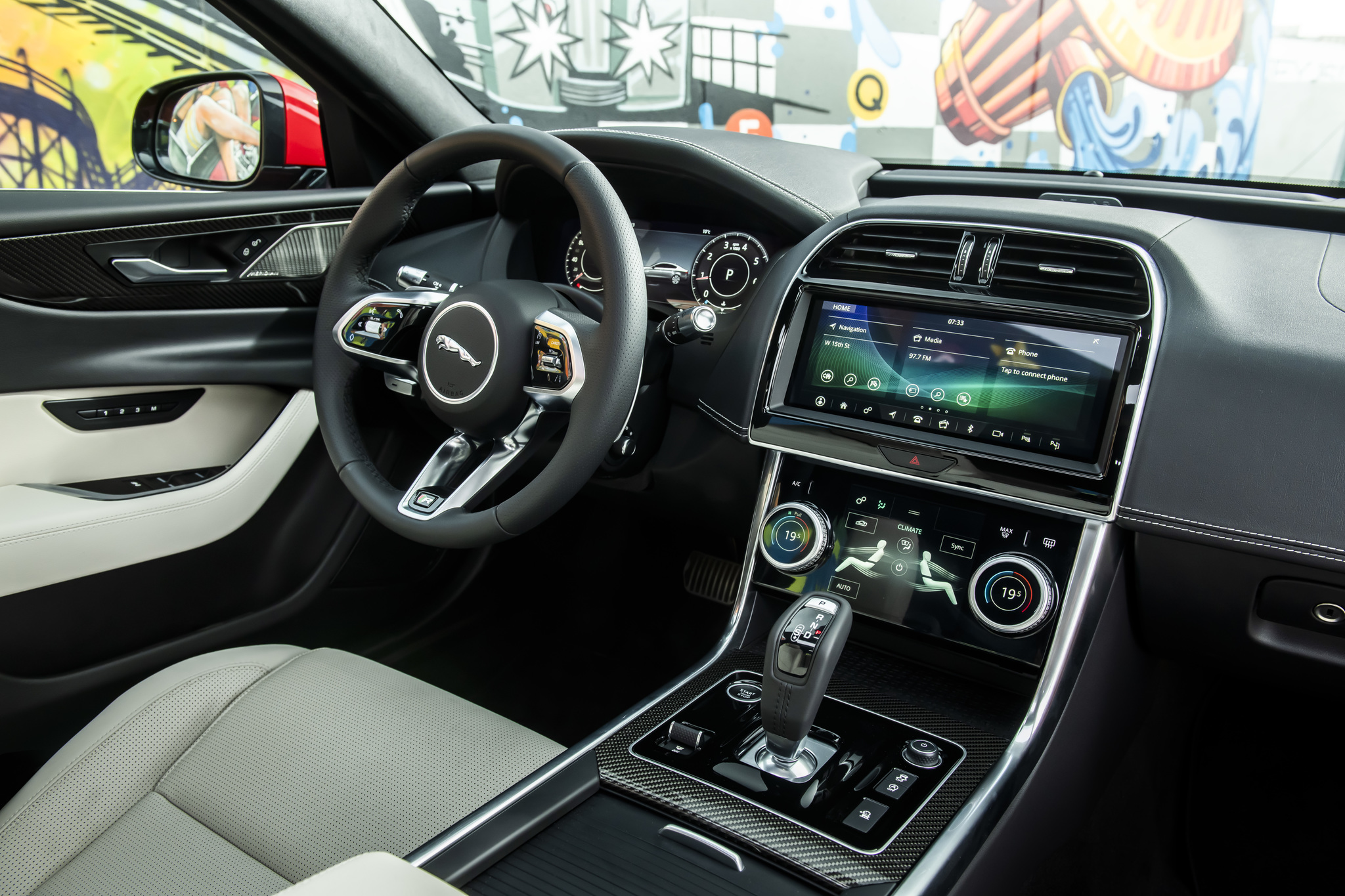 As for high-gloss “piano black” finishes, Callum says they often are heavily lacquered wood, although the glossy material is plastic in many mainstream vehicles. Although handsome, piano-black finishes also can collect dust and show excessive fingerprints.

Callum says he doesn’t have a problem with piano-black plastic “because it has its own decorative finish. Therefore, it is allowed to be hard plastic because it has a finish beyond the natural finish of plastic.”

Elsewhere in the XE interior, Callum says the doors were redesigned and the instrument panel and center console are new, except for the vents above the center stack.

The instrument cluster switches from analog to fully reconfigurable digital, and the rotary automatic transmission dial in the center console is replaced by a more conventional pistol-grip shifter. Also new is the available ClearSight rearview mirror, enabled by a wide-angle rear-facing camera.

From the outside, the Jaguar XE appears wider and lower than before, with larger front apertures and a bold muscularity that alludes to the car’s performance and advanced aerodynamics.

The Velar SVAutobiography Dynamic Edition (pictured below) will be available for just one year, and the brand expects to sell about 2,000 units globally, beginning later this year.

On the powertrain front, both the ’19 Range Rover Sport and all-new ’20 Range Rover Evoque now on sale will offer mild-hybrid stop/start systems this year.

Later this year, likely at the fall Los Angeles auto show, Land Rover is expected to unveil the all-new Defender, a burly SUV suited for extreme off-roading, and have it available in the U.S. and Canada next year. 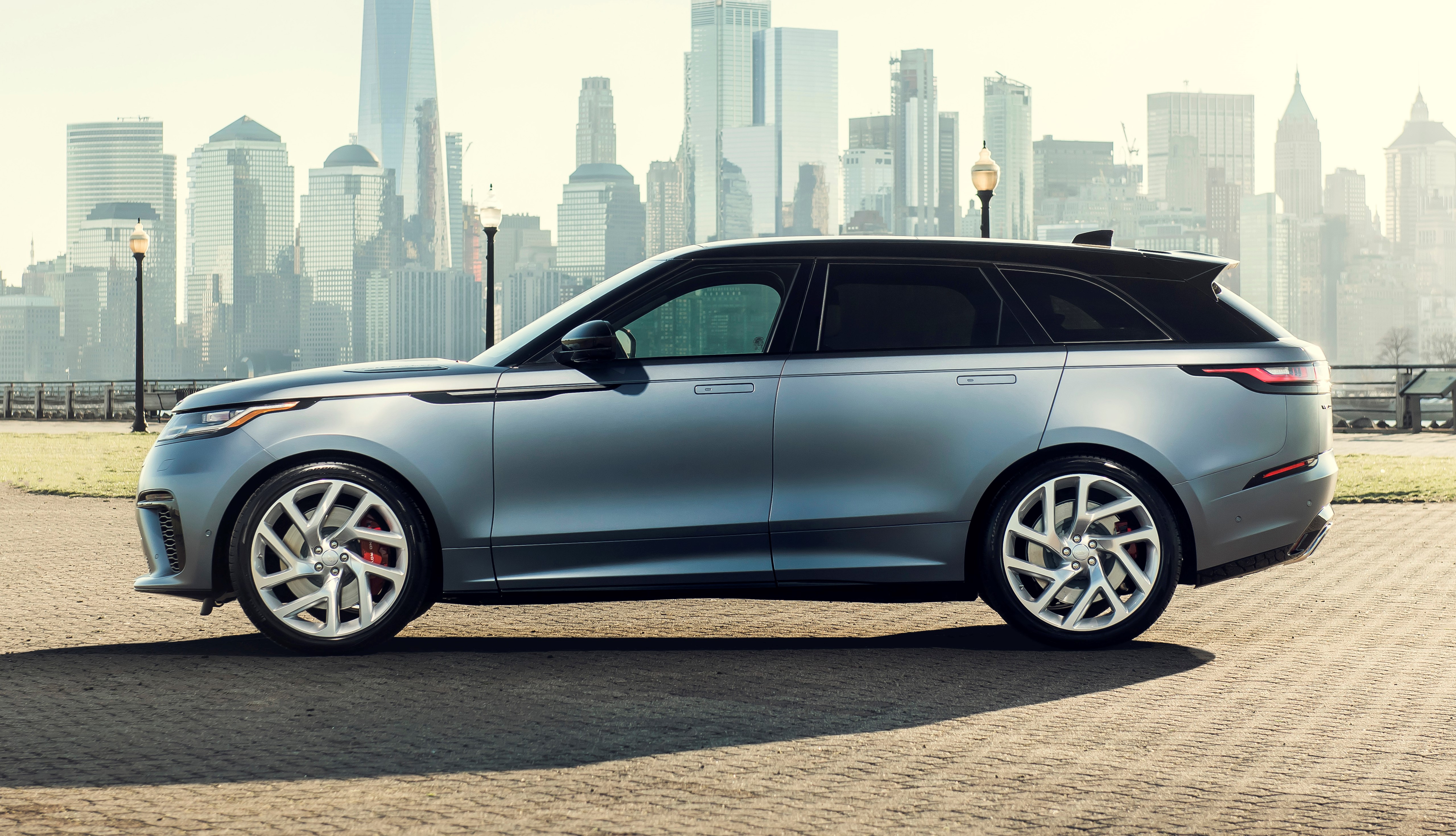