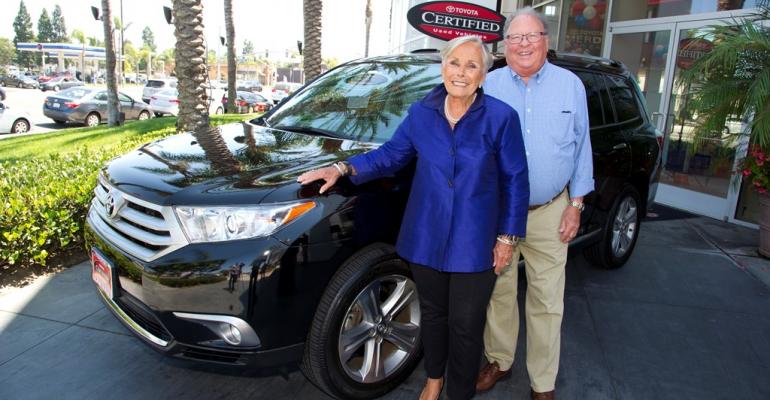 Cost-constrained subprime-ranked consumers usually buy used vehicles out of necessity. Prime shoppers are doing so out of choice.

NEW ORLEANS – More and more prime-credit auto consumers who could swing a new-car deal instead are opting for used vehicles.

It’s something of a marketplace phenomenon and reflects, among other things, how far used-car quality has come since the days when buying a pre-owned vehicle came with high risks of breakdowns.

Those consumers aren’t necessarily on a crash budget. Rather, they are going for attractively priced used cars with lots of life left in them. Today’s vehicles are much better made than their ancestors. That reliability extends to their used-car years.

Cost-constrained subprime-ranked consumers usually buy used vehicles out of necessity. Shoppers with good credit are doing so out of choice.

About 3.1 million off-lease vehicles hit the used-car market last year. Even more than that will arrive this year because of high lease-penetration rates of late. Leasing currently accounts for about 30% of vehicle deliveries in the U.S.

Zabritski cites some real deals. “If you are in the market for a used hybrid vehicle, you’re in luck,” she says. Prices for those are low “because a lot of them are coming off-lease and no one wants to buy them.”

Many prime customers opt for used vehicles because of their greater affordability at a time when new-car prices (and loan amounts) continue to climb, she says.

Consumers also are taking on longer loans to lower monthly car payments. Nearly a third of new-car loans today are 73 to 84 months.

That was unheard of in the days when the average car loan was two or three years – tops. Not anymore.

“I’ve heard some folks say consumers should be able to pay off a car loan in three years,” says Amy Crew Cutts, Equifax Automotive Services’ chief economist. “But on a $25,000 car, that’s about $500 a month. So extending the loan out to five years is not a bad idea.”

Apparently neither is stretching it to six years or more.

“Seventy-two months is the new norm,” Zabritski says. “It’s not going away.”

She adds: "Longer-term loans don’t particularly under-perform. It is not a reckless extension. Data doesn’t show that.”