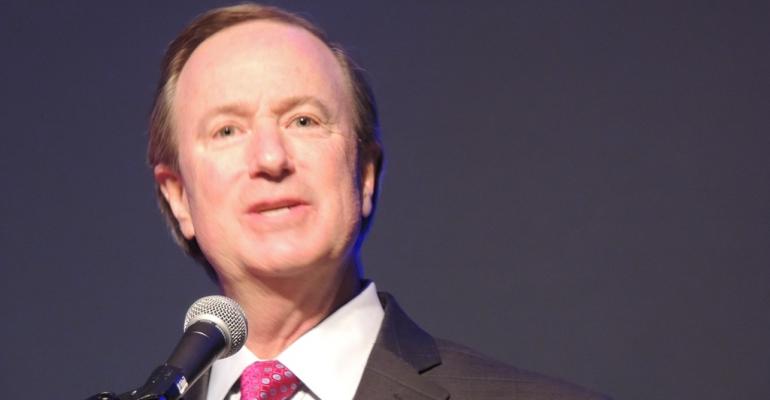 Chris Stinebert of the American Financial Services Assn., hopes the Trump administration will work to &ldquo;modify regulatory requirements that make no sense.&rdquo;

NEW ORLEANS – The head of a trade group representing auto lenders says the election of Donald Trump as president came as a surprise but it nonetheless has “given us the opportunity to hit the reset button” when it comes to what the organization considers overreaching government regulations.

“It doesn’t mean rolling back the last eight years,” says Chris Stinebert, president and CEO of the American Financial Services Assn, indicating some consumer protections are necessary. But he hopes the new administration will work to “modify regulatory requirements that make no sense.”

To auto lenders and dealers, a paragon of overzealous regulators is the Consumer Financial Protection Bureau, a product of the Dodd-Frank financial reform act.

The CFPB directly oversees lenders, but critics claim it is heavy-handed and has overstepped its authority by indirectly overseeing dealers and trying to change how they’re compensated for arranging customer car loans.

Elizabeth Warren, now a Democratic senator from Massachusetts, first headed the agency. Richard Cordray now runs it. Detractors have little good to say about either of them.

On the prospects of whether Cordray will keep his CFPB directorship in the Trump administration, attorney Frank Salinger, who has represented the AFSA as a government lobbyist, says, “I’d like to see him dragged out of the building kicking and screaming and clutching his portrait of Elizabeth Warren.”

As a result of the November election, AFSA is revamping its legislative lobbying strategy to work closer with Republicans who now control both the U.S. House of Representatives and Senate, Stinebert says at his association’s annual Vehicle Finance Conference held here in conjunction with the National Automobile Dealers Assn. convention.

AFSA and similar organizations believe pro-business Republicans are less prone to lay on excessive regulations than are Democrats, who often are aligned with consumer advocacy groups.

Stinebert says of Trump’s election: “We were anticipating a different ending. We thought we were going to be playing defense for the next four years.”

Adds David Paul, AFSA’s conference chairman and a senior vice president at American Honda Financial: “We’ll still have to play defense now and then, but it’s good not to always be on your heels.”

The CFPB came out swinging after it began operating in 2011. It stunned the auto-lending and auto-retailing industries when it contended an analysis it did indicated minorities were charged higher dealer-reserve rates than were non-minorities.

In making the accusation, the CFPB criticizes the long-standing reserve system in which dealers increase loan rates, with lender approval, by varying percentage points. It is done as compensation for acting as middlemen between lenders and car buyers. NADA says the average dealer reserve is about 1%.

The bureau’s critics questioned the methodology of the analysis that lead to that conclusion. AFSA commissioned a study that assessed 8.2 million auto-financing contracts and concluded the CFPB’s methodology was skewed and attempted to determine borrowers’ ethnicities based on last names and zip codes.

Still, armed with the disparate-impact analysis, the bureau went after various lenders. In the most noteworthy of those cases, Ally in a consent settlement agreed to pay about $90 million in fines and restitution.

Stories circulate in the auto-finance industry about white people, who were mistakenly identified by the CFPB analysis as minorities because of their last names and zip codes, receiving restitution checks.

Dealers at the AFSA conference make measured references to regulations affecting them. Their position is some are good, some bad.

“We’ve gotten hit over the last few years by so many regulations,” says Mark Scarpelli, NADA’s 2017 chairman. “No one wants to go back to go back to the Wild West days. Some regulations on the book, such as Truth in Lending, are good for everyone. But others don’t make sense. We’re looking for clarity and consistency.”

It’s a stretch to characterize dealer John Garff as a regulation fan. But the president of Ken Garff Automotive, a 52-store dealer group based in Salt Lake City, describes regulations as the voice of the customer.

“Regulations are not the enemy, they are the friend,” he says, drawing some chuckles from the conference audience.

He adds that while some of them aren’t so hot, “regulations hold us accountable to do it the right way with customers.”

Stinebert says the assumption is Republican Trump will oppose overzealous regulations, but “we don’t know how this thing will play out.”

He adds, “President Trump is a change-up pitcher. He throws curve balls. So we want to remain nimble.”