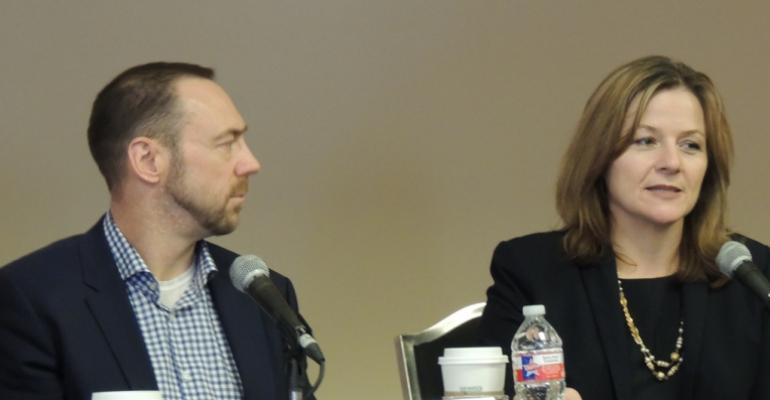 Subprime Doing Fine, But Thanks for Asking

NEW ORLEANS – Yes, auto lending has seen increases in delinquencies. And some borrowers with low credit scores are having a hard time making their loan payments.

But certain doomsayers are wrong in predicting a subprime lending bubble is about to explode. So say representatives of major U.S. credit bureaus at the American Financial Services Assn.’s annual Vehicle Finance Conference held in conjunction with the impending National Automobile Dealers Assn. convention here.

AFSA President and CEO Chris Stinebert says she and other credit-industry experts participating in a panel discussion “set the record straight on the health of the subprime auto-finance market.”

Overall vehicle lending, including subprime, increased last year, a time when the auto industry sold a record 17.5 million light vehicles in the U.S.

Subprime lending represents a minority of vehicle lending, but some people look at recent increases in that lending segment and conclude the worst can happen.

“While we may have seen growth in subprime or deep-subprime loans in recent years, it is important to keep it in perspective,” says Melinda Zabritski, Experian Automotive’s senior director. “The entire market has grown from a volume standpoint across all risk tiers.”

She adds: “The sky most definitely is not falling on automotive lending. People latched onto the bubble because they were seeing big year-over-year increases in the subprime market.”

“There is so much talk about subprime but it remains such a small part of the market,” Zabritski says.

Equifax says 13.1% of bank and credit union portfolios consist of subprime loans. Such loans are 34.8% of the mix for other lenders willing to take greater risks.

Widespread defaults on subprime mortgages that were shaky from the start led to the financial crisis of seven and eight years ago. The resulting credit freeze was catastrophic.

People who today worriedly predict an auto-lending subprime crisis cite those mortgage defaults as potential parallel of how things can go wrong.

For one thing, even during the financial crisis, a vast majority of debtors paid off their car loans, if not their mortgages. Fearing repossessions, strapped borrowers tend to pay their monthly auto loans first among debts.

For another thing, the mortgage industry dwarfs auto lending, and consequently a presumed subprime auto-lending bubble, even if it were to happen, would cause less damage, Laky says.

“Auto finance just is not that big, and so bubble or not, it wouldn’t have the same impact,” he says.

“The data, automated decision-making and behavior scoring models have vastly improved,” she says.

In credit scoring, subprime as a rule is considered 600 and lower. Crew Cutts sets the bar a bit higher. She considers 620 as subprime.

But it’s not all about numbers. She paraphrases a Supreme Court justice who famously said he can’t legally define pornography, but he knows it when he sees it.

“We know subprime when we see it,” she says.

Some Lenders Relax Standards Too Much, Dealer Says
Jun 03, 2016