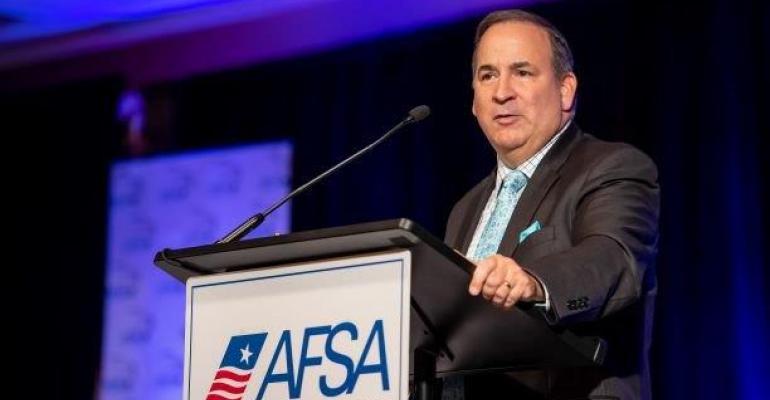 Bill Himpler is CEO of AFSA.
Dealers>NADA Convention and Exposition

The Department of Defense ruling has had the effect of banning the sale of Guaranteed Asset Protection to military members. The American Financial Services Assn. and dealers would like to see it reversed.

LAS VEGAS – The American Financial Services Assn. was too quick in the past to predict regulators were about to overturn a December 2017 Department of Defense interpretation of the Military Lending Act.

The ruling, which is still in force, has had the effect of banning the sale of Guaranteed Asset Protection (GAP) to military members. AFSA and dealers would like to see it reversed.

Having gone out on a limb once, AFSA President and CEO Bill Himpler hasn’t made any more guarantees. But he said Feb. 13 at the AFSA Vehicle Finance Conference here that the political signs he’s getting in Washington are favorable from auto lenders’ point of view.

At the same annual conference in 2018, Himpler said AFSA was pretty confident the ruling would be overturned in the next couple of months. GAP covers the difference if the insurance settlement on a covered vehicle that’s totaled or stolen is less than the amount the borrower still owes on the vehicle – which is not uncommon.

Himpler says that in a recent get-together at the White House, Chief of Staff Mick Mulvaney indicated President Trump is familiar with the Military Lending Act issue and it is “on his radar.”

Himpler notes, “We’re not across the finish line yet, but we’re close.”

The AFSA conference is being held in conjunction with the upcoming National Automobile Dealers Assn.’s annual convention and exposition.