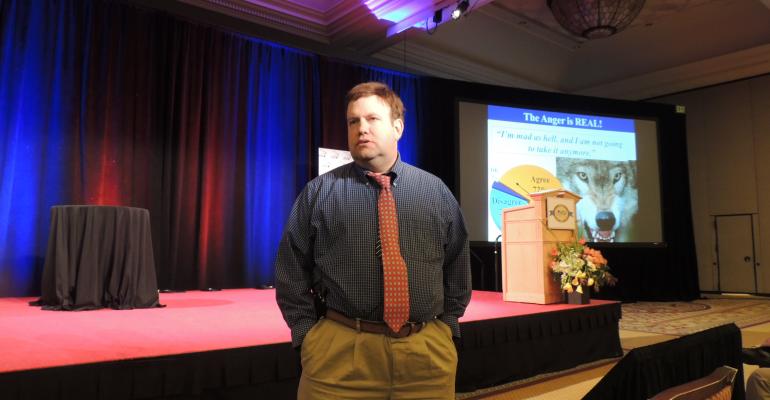 Forty percent of people dread the car-buying process, but 90% end up saying they had a great experience at the auto dealership.

LAS VEGAS – For consumers, the car-buying process is stressful going in but great going out, according to pollster Frank Luntz.

He cites Luntz Group surveys in which 40% of people say they dread buying at a dealership, yet when all is said and done, 90% say they had an overall positive dealership experience.

“That should be addressed; there’s no reason it should be that negative in the beginning and that positive in the end,” he says in a keynote speech at the American Financial Services Assn.’s annual Vehicle Finance Conference tied to the National Automobile Dealers Assn. convention here.

His firm’s polling covers a range of topics including what Americans want most for themselves and what words and phrases resonate with them. “Each of these go to automotive,” he says of their relevance to auto retailing.

In people’s most-wanted category are fewer hassles, more choices, more money, more time, a better lifestyle and a better work-life balance. The No.1 choice for men is more money; for women, more time.

Among words and terms that connect with people today: “I get it.” Luntz calls it “incredibly powerful” in communicating. So is: “If you remember only one thing…”

“When you say that, people remember what follows,” Luntz says. However he issues a warning about overuse: “You’re an idiot if you say ‘If you remember only one thing’ twice in the same conversation.”