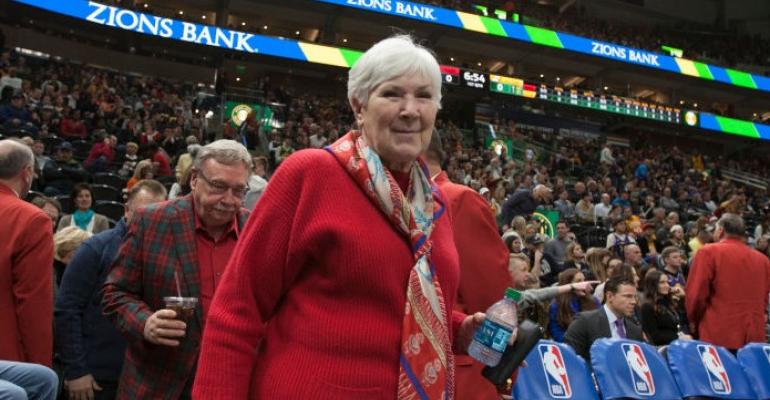 Getty Images
Utah Jazz owner Gail Miller walks to her seat before the start a game.
Dealers>NADA Convention and Exposition

Gail Miller: From Housewife to Owner of Business Empire

She is the widow of Larry H. Miller, who created a namesake Sandy, UT-based business empire that includes 65 dealerships, the National Basketball Assn.’s Utah Jazz, the Salt Lake City arena in which the team plays, a minor league baseball team, a raceway, movie theaters, a financial company and a real-estate business.

Upon her husband’s death in 2009, Gail Miller, a stay-at-home mom who had attended college for a year, became owner and chairman of the Larry H. Miller Group.

“I never thought I’d be a businesswoman,” the mother of five children and grandmother/great-grandmother of 45 (ages two to 37), says at the J.D. Power conference here held in conjunction with the annual National Automobile Dealers Assn. convention and exposition.

“I never finished college but now I have three honorary doctorate degrees,” she says. “I was raised in a poor family. I married my high school sweetheart. I was my husband’s confidant and sounding board and I respect everything he did.” 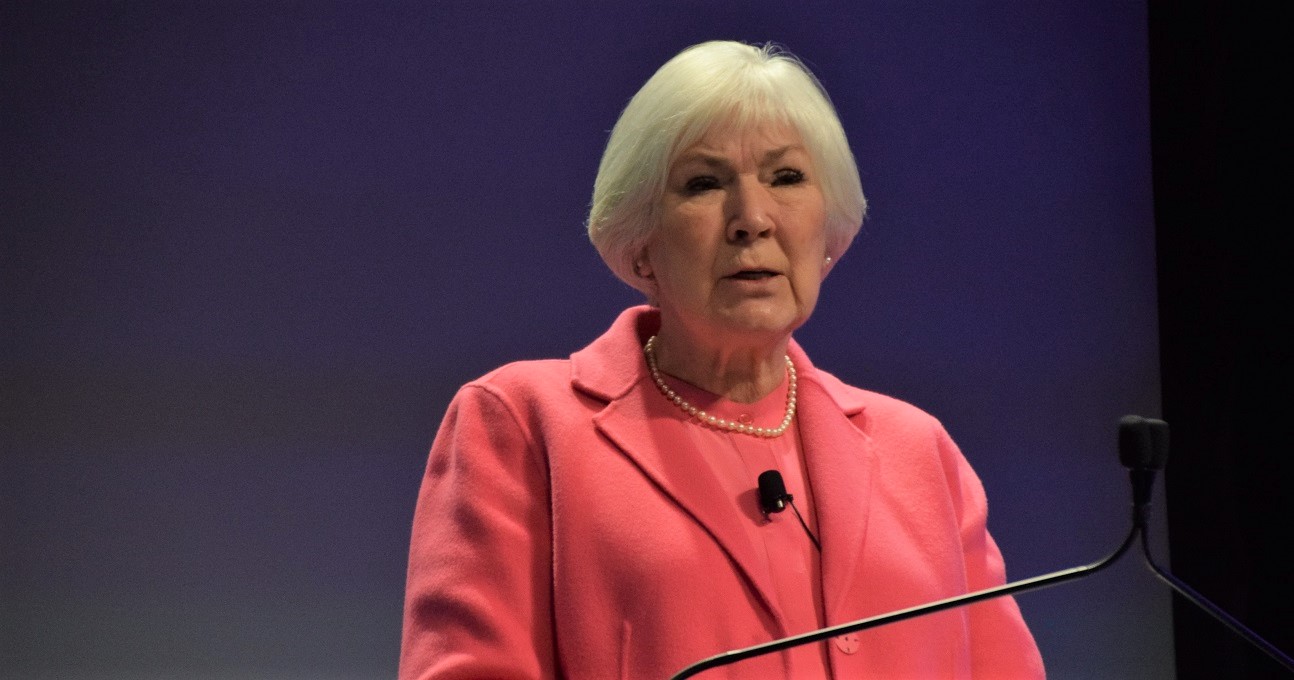 In her keynote speech that was quietly but inspirationally delivered, she describes her “journey” from a housewife to a business leader and public figure who recently donated $50 million to Intermountain Healthcare, a not-for-profit system of hospitals and clinics. (Gail Miller, left, speaking at the J.D. Power Auto Summit)

She talks about the importance of leadership, ethical behavior and a healthy work culture. She also explains the need for her 11,000 employees to both learn and teach each other and what she learned from her husband.

Turns out, she learned a lot from him.

That’s because every day Larry Miller went home from work, he described to his wife in detail what he was working on. “He consulted me on every business decision,” she says. “It was a lot like living in a Monopoly game.”

Two years before he died, Larry Miller, who had severe diabetes, sat his wife and children down at the family’s kitchen table, gave them spiral notebooks and said he was going to teach them everything he knew. Those sessions covered weeks.

“We filled those notebooks with what he said,” Gail Miller recalls.

In an earlier Wards interview, oldest son Greg Miller, who was CEO of the company for seven years, recalls what his father taught them during those kitchen-table lessons.

Some of the advice was folksy (“I'd rather be doing stuff than reading reports.”), some practical (“Cash flow trumps profits.”) and some principled (“My single-most valuable asset is my reputation.”).

He also correctly predicted that “dark clouds” in the form of a recession were on the horizon, adding “Success in a downturn is measured by survival.”

Larry Miller started in the auto business as a dealership parts manager. His big break came when he formed a partnership to buy a Toyota dealership in Murray, UT, in 1979. He renamed it Larry H. Miller Toyota and took full ownership two years later.

“We had to borrow money to buy the Toyota dealership,” says Gail Miller, who now ranks as the richest woman in Utah. “We bought it to provide for our family. Neither one of us dreamed there would be an empire.”

When she became chairman and owner of the Larry H. Miller Group, she pivoted it from an entrepreneurial operation to a more traditional company, she says. She created a “Who We Are” program to train all employees on the company principles of hard work, integrity, stewardship and values. She recalls skills she honed as a young matriarch: inventory management,  anger management and ethics instillation.

“We believe there is more to business than just making money,” she says. “We want to continue doing good and enrich lives.”